John Cale on the process of composition and creation, at the Lawrence Arts Center this Tuesday

John Cale is perhaps best known as one of the founding members of the Velvet Underground, but at this point in his career, that’s really a footnote. His work as producer of such seminal albums as Patti Smith’s Horses, Nick Drake’s Bryter Later, and the Stooges’ self-titled debut demonstrate his sonic abilities, while Cale’s solo work continues to go on apace. As a matter of fact, we spoke with him just out of the studio, where he was working on radio mixes for an upcoming album ahead of his show at the Lawrence Arts Center on Tuesday, April 15.

The Pitch: So, you’re in the studio right now?

Cale: Yeah, I’m just getting started on some radio mixes. There’s an album that I’ve put together that’ll be announced later in the year, and I’m trying to get as much done as possible before I start touring.

When you mix things for radio, I know that you change certain elements and bring them up or out. What are the changes you made for this particular material?

Oh, I think you get some leeway: you take out some bridges from there, if your song is to long, or you move the chorus a little earlier. It’s just – how do you get to the point of a single? Singles have to be terse, and to-the-point, and you can’t take time to go through too many bridges before hitting the chorus.

Also, it depends on where you put the riff, if there is a riff in the song. You put it in, and attract people’s attention as soon as possible.

It’s interesting to think of a musician of your stature having to remix things for the radio.

Well, it’s just a requirement for the record company. You know, radio play still has an effect, and you can’t fight the tide of modernity, so I want to ride the crest of it, not work against it. It often benefits me, too, because different points of view, arrangements – if you move things around within the structure of the song, you get a different idea of what is possible. And, I do a lot of it when I’m writing, but sometimes, you know, you have a better idea after it’s finished. 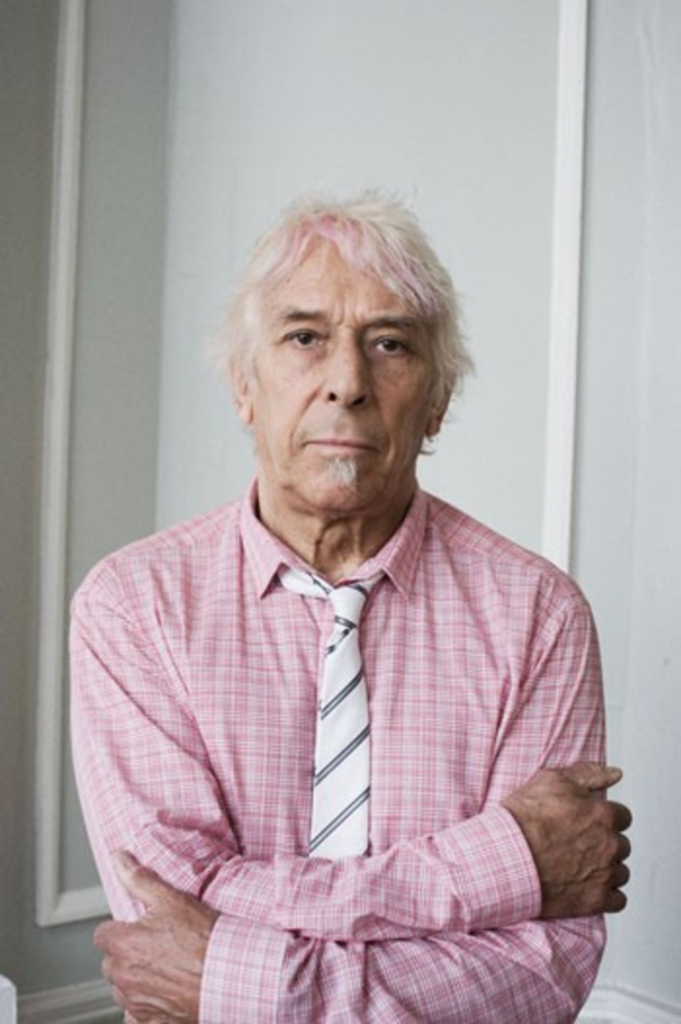 Does the moving and shifting of parts appeal to the composer in you?

Yeah, I mean … it’s just structure. There are so many variations you can come up with that you really have to sit back and listen to a whole bunch of different ones to see which ones sit best, and which ones get the job done best – and they’re not always the same.

Do you ever find that there is a definitive version?

No. No. The way I find that there’s never a definitive version is that sometimes, about a year after I’ve written the song, and I’ve been touring the song, I suddenly decide I don’t like the way the song is structured. That comes from being on stage.

Feel free to correct me, but I imagine that – given that you’ve been playing some of these pieces for decades – this is a way to find freshness in old work?

Yes, exactly. It’s really method acting: how you change the persona of the person who’s singing it. We’ve done a new version of “Fear is a Man’s Best Friend.” It’s really more of a Buster Keaton version of the song. We have fun doing it. It’s not easy to play – everybody wants to overplay in it, but the idea is to not overplay. There are different ways of doing things, and sometimes when you come back at it after a while, when you’ve been really bored with the way you’ve been playing it before, something else happens.

In terms of audience, since your career is so expansive, do you find that audiences come to your performances with an open mind?

More so. More so. I think it took a while to do it. For people to come to a concert and expect to hear different versions of things? I think that’s really a good place to be. I began with the solo tours that I did, because the solo tours sort of boiled down the song into one character or another character, and then, if you changed the arrangements, you changed the character of something in the song.

Doing a lot of solo shows was – I mean, I liked the idea that I didn’t have to do the standard arrangements. And, anyway, you can’t. You don’t have guitar solos to depend on. You just have yourself and the piano, and that’s it. That puts you in a really good, gestating position: a mood for starting a new approach to the songs.

Now that we’ve done that for a long time, people are used to coming to the concerts and hearing different versions of the song.

Will this show in Lawrence showcase music from the upcoming album?

No, not necessarily. It may have some songs – maybe one. But what it’ll have is a lot of different styles of songs. I like the way we’ve got ’em at the moment. There are some open-ended passages. That way you can take off in the middle of a song, but, all-in-all, it’s a good solid hour and a half.

When you construct a set, you have to construct a set that will take you on an arc: a journey, from the beginning to the end. The set is what works in an arc, over 90 minutes. You place in there soft songs, in strategic places, and then what you generally need is some kind of climactic form. All the stuff I have is really built around how the last 30 minutes goes. You zero in on that, and then you hold something back in case anybody wants more.