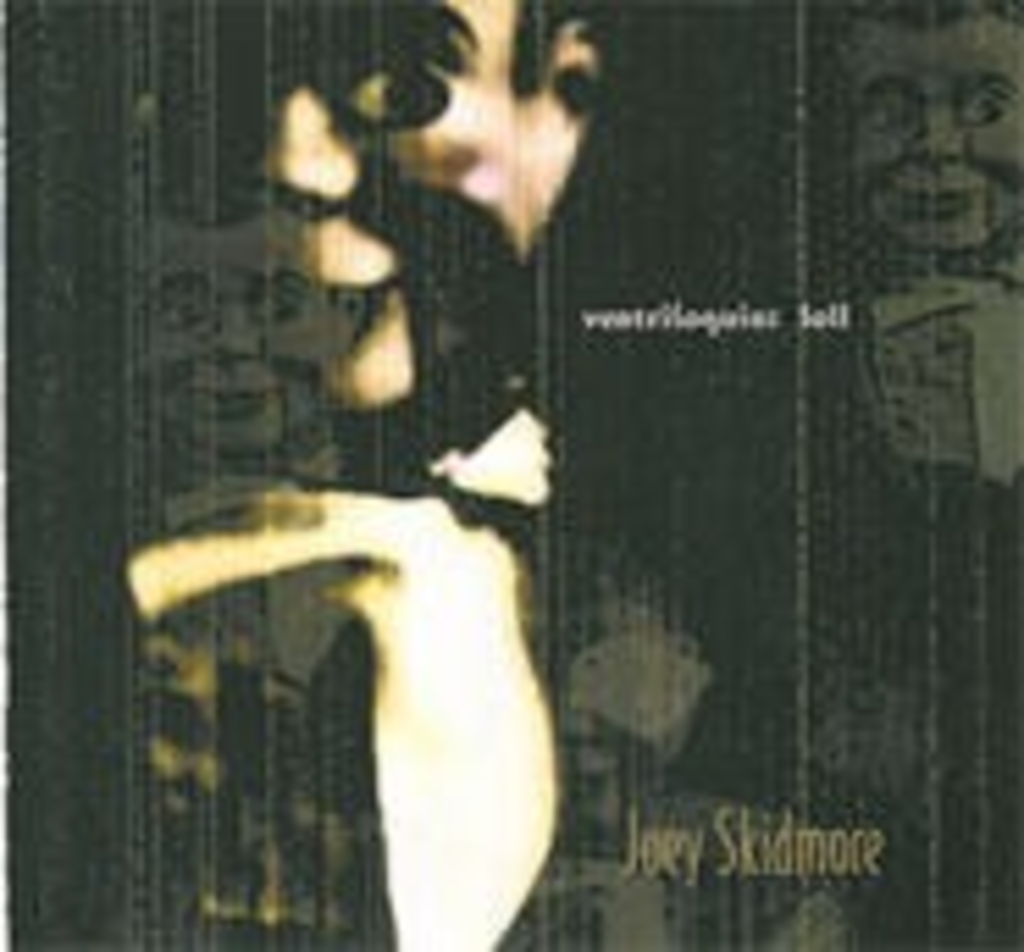 There’s a case to be made for refusing to be serious. Kansas Citian Joey Skidmore, who had his song “Ozark Butt Steak” (“a politically incorrect song about food,” according to his Web site) played on the Dr. Demento show in the late ’90s, makes that case again on Ventriloquist Doll. Those who do not skip ahead upon hearing Skidmore’s goofy baritone announce his ownership of an open container and a gun, over the oily garage-blues riff that starts “Open Container,” will be treated to the couplet I lost my woman, and I lost my muffler/I got an open container and a loaded Chihuahua. What, exactly, is a loaded Chihuahua? Who knows — the important thing is that Skidmore has one, and he’s not afraid to use it. Nor is he afraid to disrupt the brooding mood of the title track to turn it into a story about actual human companionship with a dummy. And did he really devote studio time to covering “Teenage Pussy From Outer Space” by Buck Naked and the Bare Bottom Boys? You bet your sweet bippy he did.

But even though this record’s funny, it’s not just a big joke. For one thing, it contains some of the last recordings ever made by British rocker Nikki Sudden before the Swell Maps frontman died on March 26, 2006. On the opening “Pistol in My Pocket,” Sudden and pal Joey trade verses about the playfully desperate life of the archetypal rock-and-roll scamp. “It’s Gonna Be Alright,” the only song Sudden is credited with penning by himself, is a Stonesy country rocker with organ and chorus vocals enough to get the churchfolk movin’ up at the Sunday-go-to-meetin’. (All that’s missing are handclaps.) But probably the most awesome track is the closer, “The Good’s Gone,” an early Who cover in true spirit, with colossal drums and pile-driving piano. Skidmore’s voice is more Steve Martin than Roger Daltrey, but that’s OK. Loaded Chihuahua in the house, y’all.