Joe Posnanski Goes to Arizona and Loses His Grip on Reality 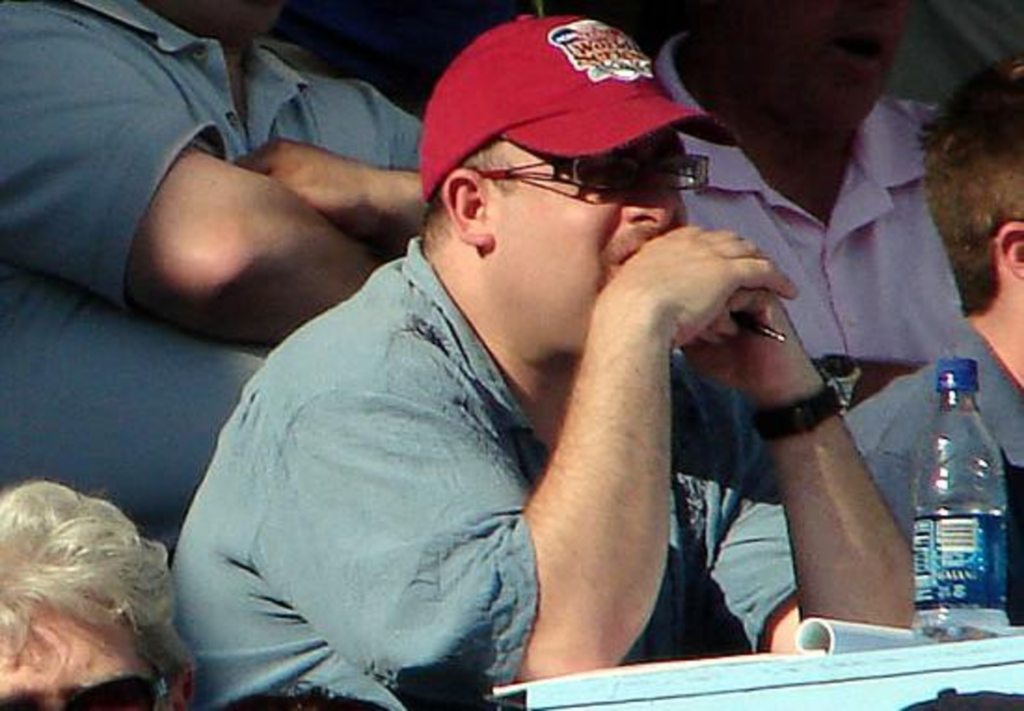 Kansas City sports fans are lucky to have a writer as talented as Joe Posnanski covering their teams. If you don’t know what I mean, spend a few weeks subsisting on the poop Woody Paige leaves on Denver doorsteps every other day.

Yeah, it’s nice to be greeted by Joe’s big ol’ round head after getting through the Metro section. But his annual “The Royals are going to win the division!” column is a source of dread.

The Royals have been so bad for so long that even sunny Joe can’t write the column with a straight face. In this year’s edition of Hope Springs Eternal, Posnanski cops to thoughts of suspending the tradition. But the smell of freshly cut Arizona sod and an e-mail poll trumped reason. So at spring training, the Poz huddled with some unnamed baseball men, and from under their Panama hats out came these turds:

Hillman got tossed in Japan

“To me, the difference is [new manager] Trey Hillman. Take a look and see what Eric Wedge did as manager in Cleveland.”

Number of years it took Wedge’s Indians to win the division: Five.

“Team environment is everything.”

Bannister is a fun player. Not overly talented, he tends to get outs with his wits more than anything. But as much as they might be rooting for him, few educated people expect Bannister to match his 2007 performance (12-9, 3.87 ERA).

To evaluate pitchers, nerds have to come like a stat called batting average on balls hit in play. The research indicates that BABIP is largely a function of defense and the whims of the baseball gods. A typical BABIP is .290. Bannister’s was .264 last year, suggesting that Royals defenders’ mitts intercepted an unusually high number of hard-hit balls. Watch, those line drives will land for doubles in 2008.

If a scout really said this, he should be fired immediately for incompetence. Brett Tomko sucks. The man hasn’t won 15 games, like, ever. Yet, according to Posnanski’s column, some sunburned, cigar-chomping fool actually thinks Tomko, at age 34, is going to win as many games as Johan Santana and Daisuke Matsuzaka did last year. Instead of writing down this quote, Joe should have punched the scout in the face.

Year DeJesus made his major-league debut: 2003.

“I think with David DeJesus, Mark Grudzielanek, Mark Teahen, Alex Gordon, Billy Butler, Joe Guillen and all the others, we’re going to score a lot of runs.”

In 2007, only Guillen was better offensively than the average player at his position. Gordon and Butler seem poised for great things. But when DeJesus, Teahen and a 37-year-old second baseman comprise the core of your attack and you play in the American League, the words “a lot” and “runs” do not belong in the same sentence.