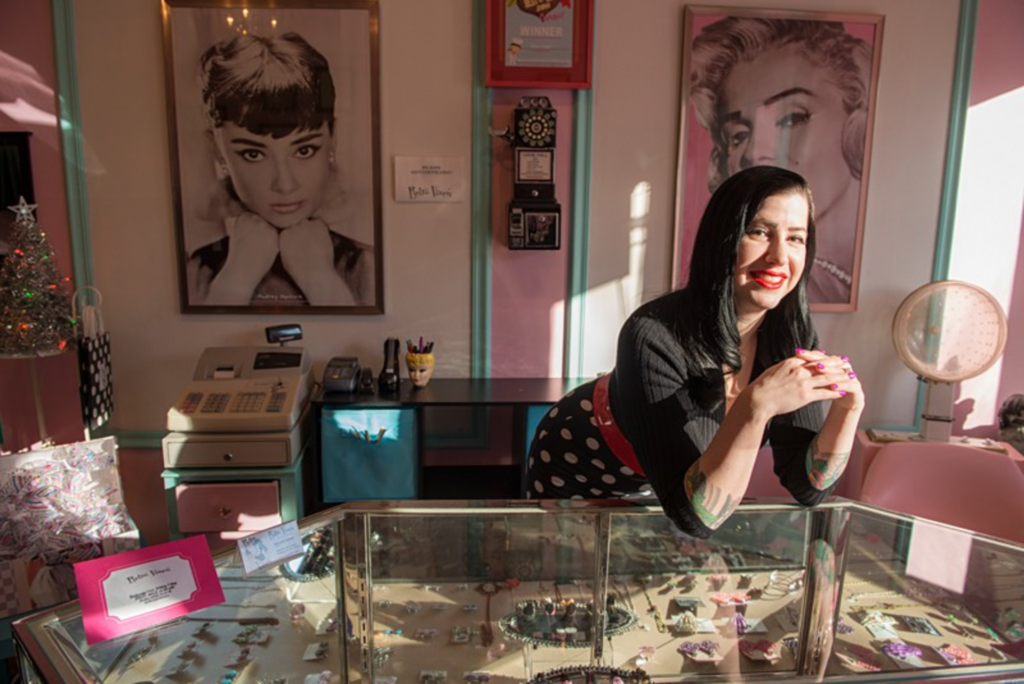 Melissa Evans’ adoration of the old Hollywood style – as well as her biker edge – shines inside her shop, Retro Vixen (1620 West 39th Street). Curve-hugging dresses from the 1940s to the 1960s mix with siren-red or black leather accessories and subtle skeleton patterns. This is her own look, yes, but she’s finding that it’s also a business that works. 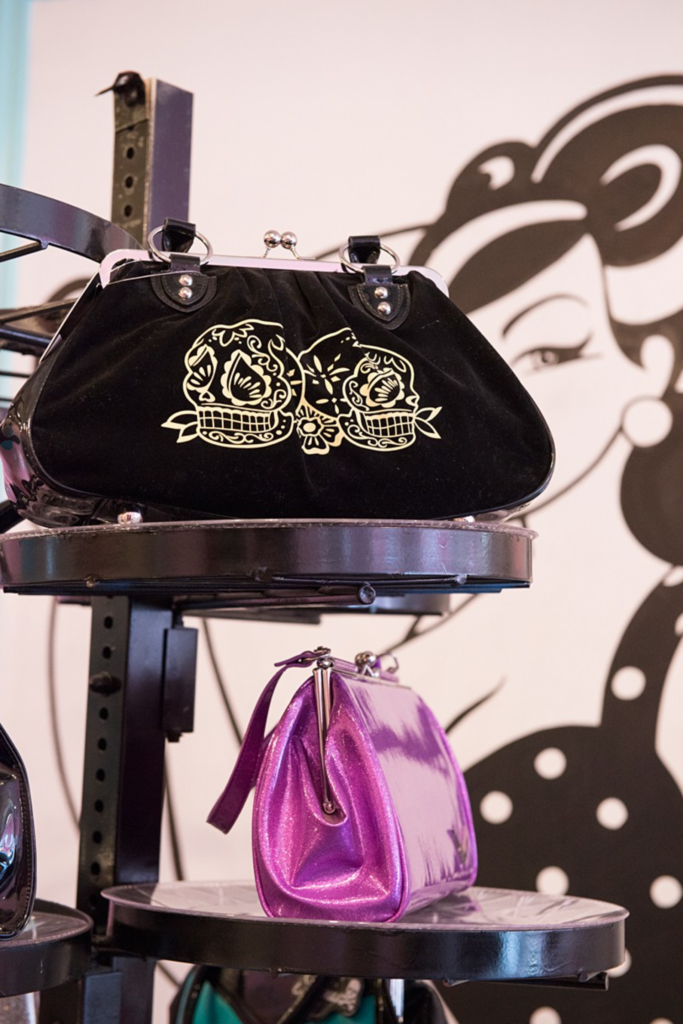 “A majority of the women who come in here are not happy with how they look, and I hope my store plays a role in women learning to love themselves,” she says.

“I love beauty and fashion, but that’s just the surface,” Evans says. The 32-year-old typically sports jet-black hair, dramatic eyeliner and red lipstick, and she has amassed two colorful tattoo sleeves. She also spends a significant amount of her free time on the streets and on phones rescuing animals. “I’m here for a bigger purpose. I simply want to make others – animals and people – feel good.”

Evans stocks Retro Vixen with new, vintage-inspired women’s clothing intended to flatter all body types. In particular, she caters to what she calls the Bettys and the Joans: the Mad Men characters who embody what Evans says are the girl-next-door style and the sultry, curve-rockin’ look. 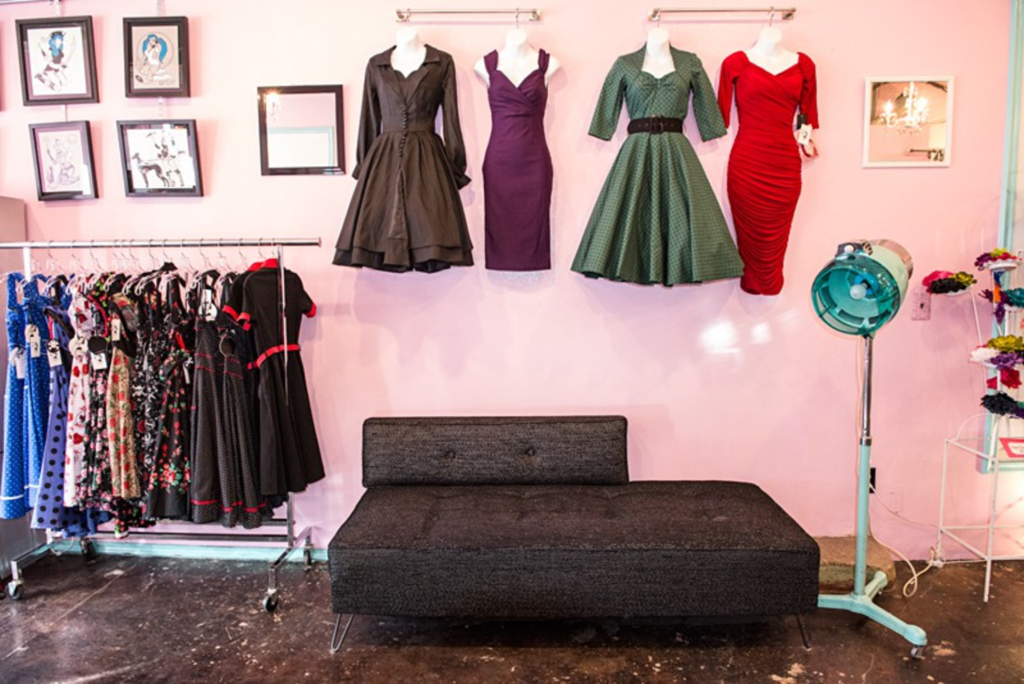 Evans first stepped into the retro vixen look while a teenager living in Ventura, California. She gravitated toward a high school crowd of kids who took art classes, dyed their hair outrageous colors and wore combat boots. Her parents, whom she describes as unconventional entrepreneurs, inspired her business moves. In Ventura, they run a bed-and-breakfast in a converted Victorian church.

“I always knew I wanted to own my own business, but I never knew what it would be until I moved to Kansas City,” Evans says.

With her husband’s roots in the Kansas City area, she came here eight years ago. She developed a friendship with Nikki Moreno, of Vixen Pinup Photography, and began picking out clothing for Moreno’s clients. Local stores didn’t seem to carry pieces suitable for the portraits, and having to constantly order online was frustrating.

“I’m pretty spontaneous, and one day in June 2010, I decided I wanted to open a shop and went for it,” Evans says.

In the shop’s infancy, Evans thought it would attract mostly women with fashion tastes similar to her own. But she has found a surprisingly diverse clientele. What unifies her shoppers, she says, is a desire to support a local business.

Her mission, she says, is to support those customers. “The most rewarding part of my job is when I see a woman become comfortable with who she is while in my store.”