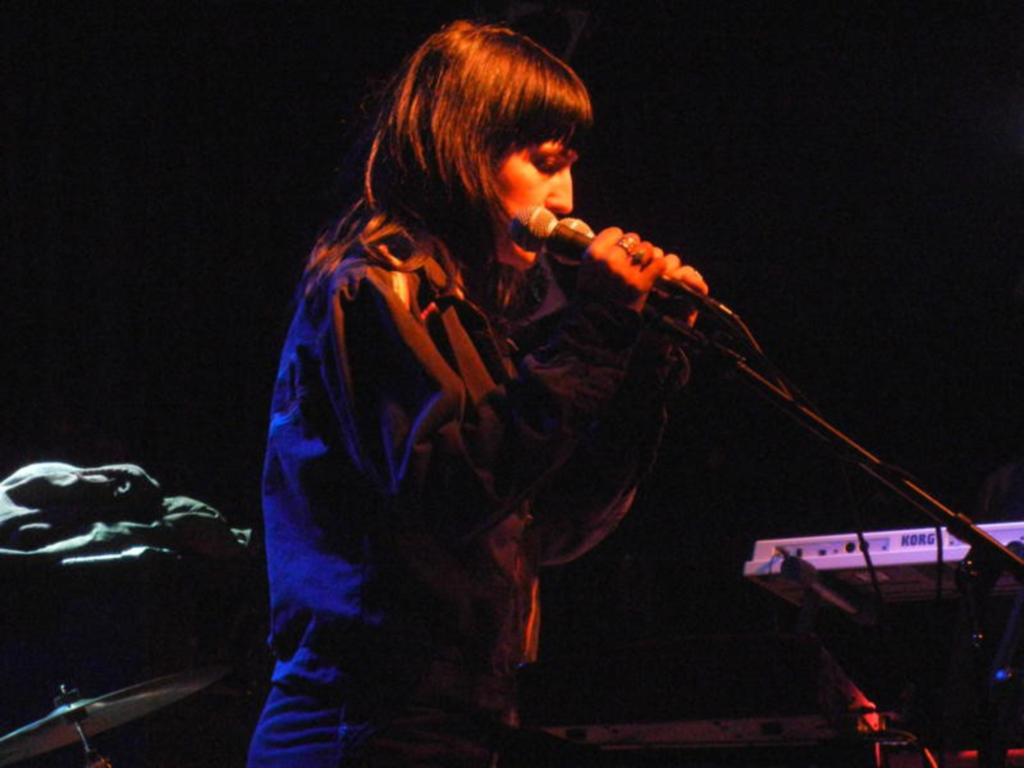 Wearing 4-inch heels and a bell-bottomed suit that could have belonged to Dakota Fanning’s costume rack from The Runaways, Joan Wasser and her band, Joan As Police Woman, launched into its first number at RecordBar last night without a word of introduction.

It was one of those nights at RecordBar when you could hear the clinks of glasses and the chatter in the kitchen due to the bar’s eerie silence. About 20 people watched the stage, rapt. (To be fair, it was also a Wednesday.) For the first few songs — including a chilling, soulful version of “The Magic” — Joan As Police Woman remained poker-faced during numbers but made up for it in lush harmonies. Wasser’s sultry, soulful croon had a Fiona Apple-like sensuality, far sexier than the cutesy, airy melodies of Feist and less spacey than St. Vincent. Retro organ and foot-tapping funk backed up Wasser’s frank, wry delivery, and harsh rasps punctuated her lines with venom.