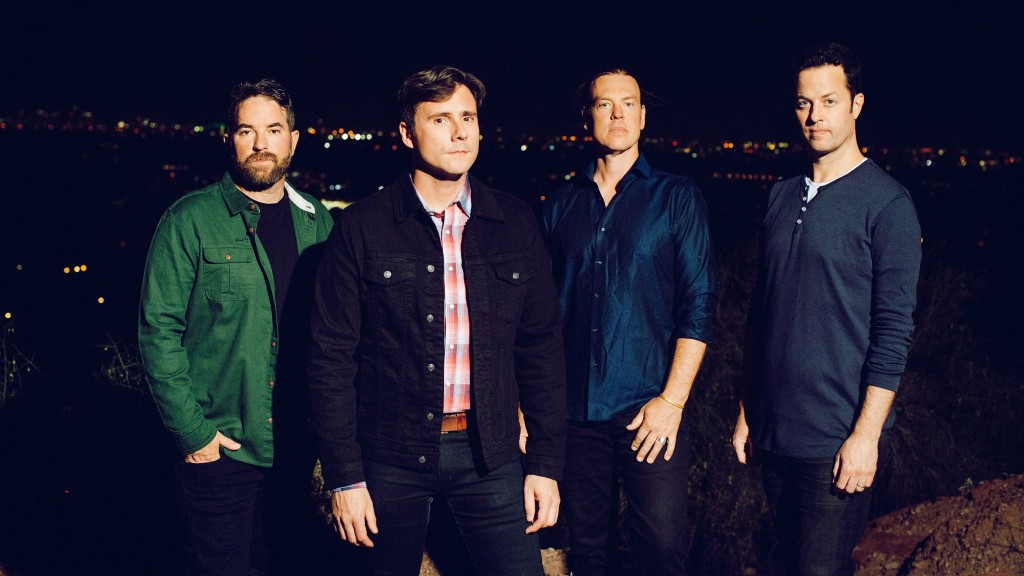 Next year, rock ‘n’ rollers Jimmy Eat World celebrate their 30th anniversary as a group. However, the band isn’t sitting on its laurels. Instead, they’re moving forward on a new path that sees the long-running act releasing music through their label, Exotic Location. Beginning with Jimmy Eat World’s latest single “Something Loud,” the band is now independent once again and doing things on their own terms.

Ahead of Jimmy Eat World’s show at The Uptown on Wednesday, September 14, we spoke with drummer Zach Lind about the band’s new direction.

The Pitch: During lockdown, the Phoenix Sessions saw the band dive into your back catalog and perform all the songs from Surviving, Futures, and Clarity, but it seems like the end result of that is that you’ve come out with a lot of excitement about doing new things. Did doing those Phoenix sessions and tackling those albums in their entirety help keep you all sane?

Zach Lind: Yeah, I thought it was good for us to do something like the Phoenix Sessions. It was a lot of work. We worked our ass off on those but the end result was something we felt really, really proud of. I think that any time that you can take a step away from generating new material–and weirdly, it’s kind of like what touring is like. Touring is going on the road, and yeah, you’re playing new material, but you’re also playing older material, and you’re kind of taking your foot off the gas pedal of thinking of new ideas or writing and recording new songs.

Making space for new stuff is important. Usually touring for a year and a half on an album is enough of a risk, figuring out new materials and coming up with something fresh, so we kind of needed to build that time in, in a way. The Phoenix Sessions were a good opportunity for that.

Every time we talk to a band that goes back and covers an album in its entirety, it always seems that they discover that there are songs like, “Oh, we’ve never played this live ever,” and the work required is almost like a new song.

We would actually look up people filming us, playing something live from a long time ago, that we forgot how we did it. We’d be watching a YouTube video of someone at our concert filming, and little does that person know, at the time of filming, we’ll be watching your video in the future, trying to figure out what the fuck we were doing to like play this song.

At times, it’s understandable for bands. You’re not gonna play every song off an album, every show. You get outta the practice of doing something that, either you haven’t done very often or you haven’t done it all and you have to go back and relearn it, you know? And not only relearn the song, but figure out a way where it makes sense to play it live. So that’s a whole ‘nother thing.

The new single, “Something Loud,” is the first single on your label. It feels like the band is going all the way back to your early days, where you’re putting out something on an independent label, but this time it’s yours. What’s it like making that leap, almost 30 years in?

It’s funny because we’ve done this thing before–done something along these lines. Technically, we licensed our last three albums on RCA, so those are technically also on our own label. But yeah, I mean, I think that it was something that just for us– having the freedom and the lack of any kind of connection with a label, we can kind of do whatever we want. I think that’s something that we leaned into in a way that was fun and, and freeing.

It feels good for us to be able to not only do that but do it in a way where “Something Loud” has started to have some momentum on its own, even without a label. It feels good that we can do that and makes us excited for stuff in the future.

Reading Dan Ozzi’s Sellout last year was a reminder that Jimmy Eat World was very much in the thick of that punk rock underground to major label boom that took place at that time. It’s fascinating to see how some of the bands featured in that book have really managed to keep going, and others struggled. What was it like for you all to be a band that was independent and then on a major label and then a different major label and all of that? It seems like it’s been a whirlwind almost the entire time you’ve been a band.

We had to be flexible and overcome the different circumstances that led to it. I think the thing for us is we’ve always had each other to go through those things with that. It makes it easier. You know, not every band has that same [dynamic]. Sometimes stressful times and change can be upsetting, but it’s a lot more upsetting when you don’t have a solid relationship between the band members.

When we left Capital Records, instead of feeling displayed, we felt emboldened. We felt like, “We’re gonna fucking seize an opportunity,” you know? I think that mindset helps in those little moments of change or when you’re where you could interpret something that would give you a sense of doubt. We’ve all sort of done the opposite.

You are not a band wanting to stand and rest on its laurels.

Yeah, I think that’s for sure the case. I mean, I think there have been times where we’ve taken our eye off the ball and maybe not done as good of jobs as others, but that wasn’t because of lack of record or sitting on our laurels. But I think there is a point where, every time you put out a new song or a new album, you’re competing with your own catalog. I think for us, I find that whatever we put out that’s new needs to earn its place in our catalog in a way that we feel confident in, or we shouldn’t be putting it out. With that mindset, we get better outcomes instead of making albums or something someone’s expecting of us.

You need to be able to put out new music to prove to yourself that you should still be making music or what’s the point? We’ve always felt like that. At this point, we’re in the deep end, and if we stop treading water? That’s it.