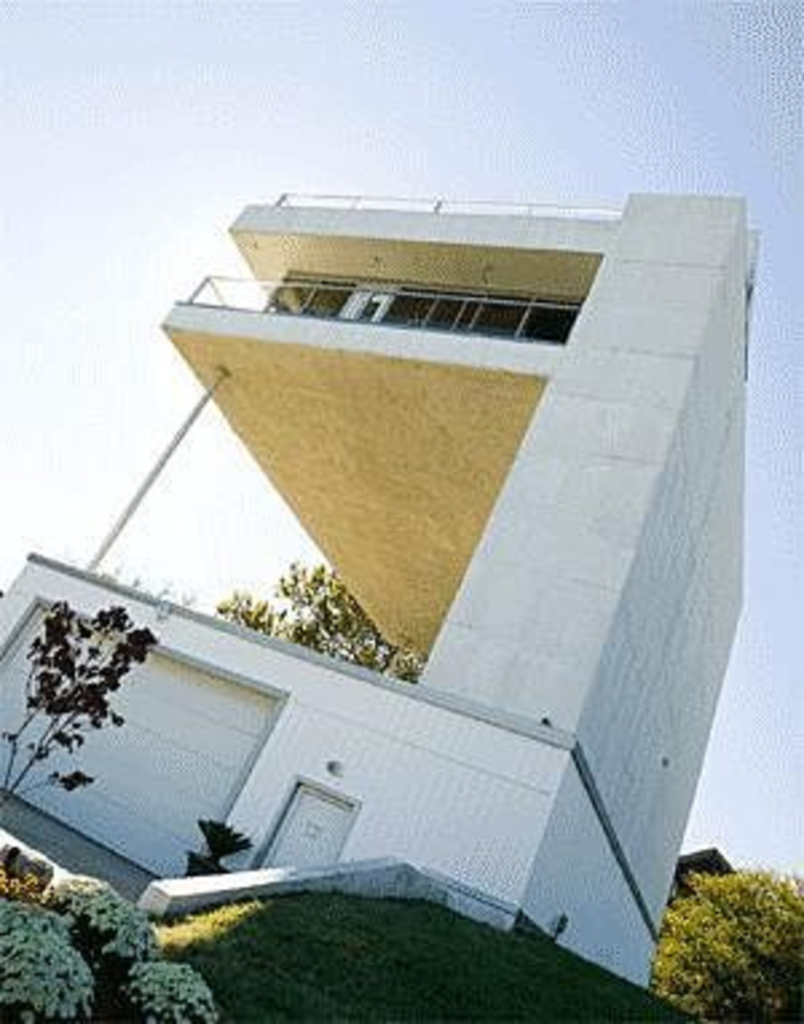 James Tharp, the restless businessman who in the 1980s designed and built a one-of-a-kind hilltop home overlooking downtown Kansas City, Missouri, died January 3. According to his Kansas City Star obituary, he was 66 and lived in Mission.

In late 2006, on the eve of the upside-down-L-shaped house’s demolition to make way for million-dollar homes, Tharp (who sold the property in 2001) told The Pitch a couple of stories about his time there. In the mid-1990s, for example, then-President Bill Clinton noticed the house while motorcading along Interstate 35:

“We raised the blinds and turned on all the lights, and I waved my arm,” Tharp says. He happened to know the congressman sharing the car with the commander in chief. “Then the phone rings, and President Clinton says, ‘That’s the craziest thing I ever saw.’ “

Even now, the everyday I-35 commuter may glance up toward Jefferson Street and forget for an instant that the house is gone. Tharp, though, was comfortable with his — and his house’s — legacy. As he told The Pitch in 2006:

“Sure, people will probably remember it longer than I live, but I’m not too concerned about it. It’s just not my business anymore. I’m somewhere else. I got one-and-three-quarter acres in Mission with a creek running through it and deer that come on the lot, so I went from the highest to lowest.”