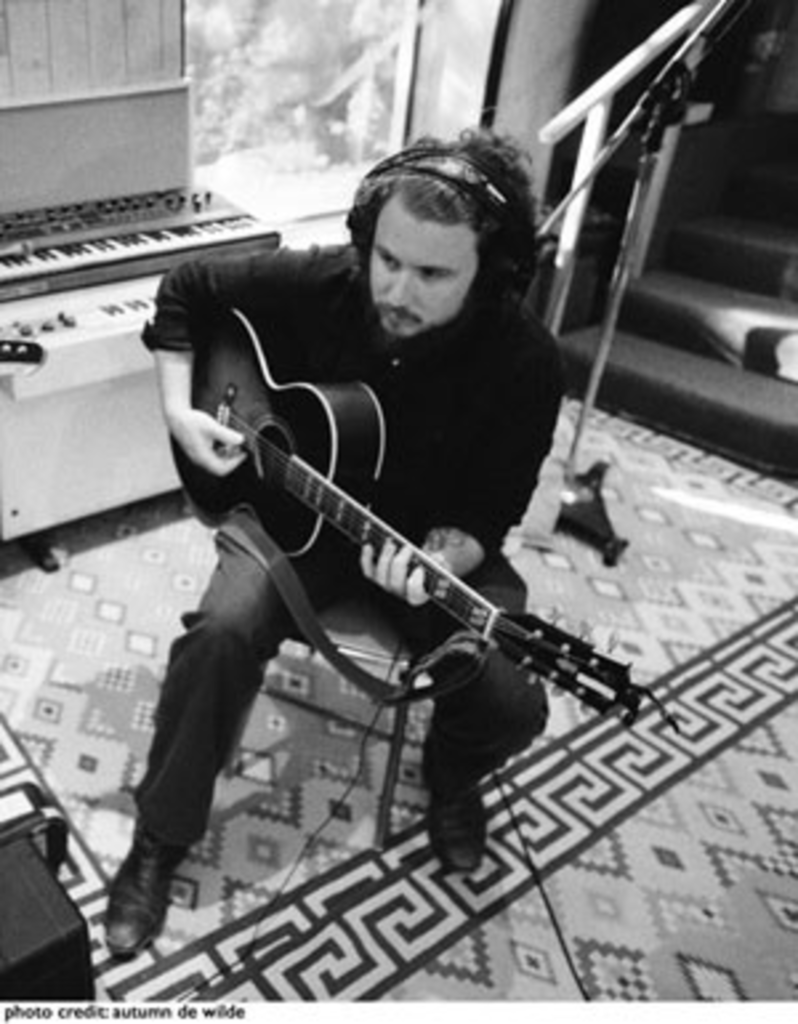 A few days after George Harrison passed away in 2001, Jim James of My Morning Jacket was moved to record Tribute To, a six-song EP of Harrison covers, paying tribute to a man that he never met, but with whom he felt a special connection. On the EP, James performs renditions of four cuts from Harrison’s classic album All Things Pass as well as two of the Harrison-penned Beatles tunes. These six tracks feature little more than James’s vocals and acoustic guitar.

And for some bizarre, inexplicable reason, James has chosen to release this EP under the moniker “Yim Yames.” Whether it’s some strange in-joke that has him giggling, or way to distance himself from his day job, or simply acknowledging a piece of Norwegian heritage of which I’m unaware, I have no idea.

2. Behind That Locked Door

6. All Things Must Pass

Beginning on July 7, fans can purchase and download a digital copy of the album immediately, as well pre-order the CD and a limited edition vinyl for delivery on the August 4 release date. A portion of the proceeds from the EP will go to the Woodstock Farm Animal Sanctuary, an organization that provides shelter to farm animals that have been rescued from cases of abuse, neglect, and abandonment. Fans who order the limited edition vinyl will also receive a t-shirt and brochure from WFAS so they can learn more about the charity.