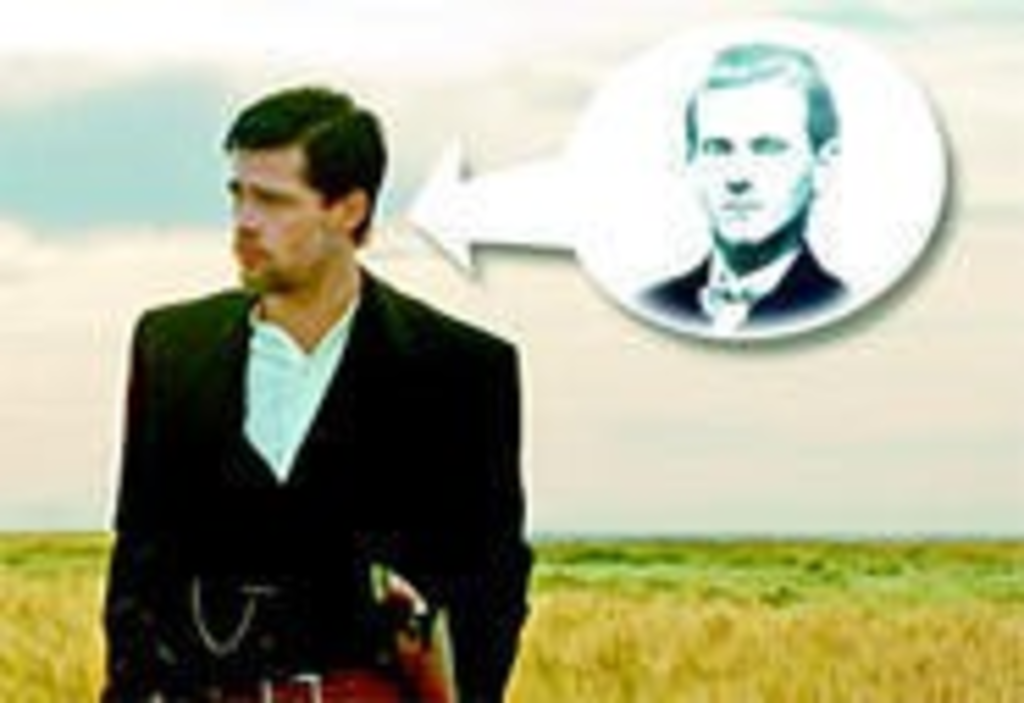 First the movie studio snubbed KC’s northern sister when it decided to make a movie about local gunslinger Jesse James in Canada. Sure, James was born in Cass County and died while dusting a picture in St. Joseph. But apparently, even Missouri native Brad Pitt — who will star in The Assassination of Jesse James by the Coward Robert Ford — didn’t give a rat’s ass about giving St. Jo some credit.

Adding insult to assassination, now Warner Bros. has snubbed attempts to lure the movie premiere to St. Jo. (There’s an online petition to move the film’s opening to the small city.)

To find out if St. Josephites are grabbing for their six-shooters, we called Betty Barr, a retired Hallmark employee who is James’ great-granddaughter.

Barr: Brad Pitt? Yes, but I don’t expect him to be in the movie very long, because he’s assassinated.

What would your great-grandfather think about the film being shot in Canada?

We’re probably going to have mountains in Missouri. Won’t that be interesting? The rumor years ago was that it was cheaper to film it in Canada.

Do you enjoy going to the movies?

Not especially. I expect the movie will be bloody — it’s called The Assassination. There have been so many movies. I don’t think it’s what today’s world wants. Today movies have to have sex, violence, nudity and the whole works. It’s a sad world, isn’t it? [Laughs.]

Has your family ever been consulted for a movie?

Absolutely not. No family member has ever been consulted on any movie I’m aware of. My parents did go to Pineville for the filming of the Henry Fonda movie [1939’s Jesse James starring Tyrone Power as Jesse James and Fonda as his brother, Frank James].

Did you see it?

A bunch of us went to see Jesse James in Liberty once, and we laughed our heads off. I think it showed Jesse’s mother dying early in it — and she died of old age.

What’s so enduring about your great-grandfather?

A lot of people consider him a Robin Hood, and others do not. A fascination with the Old West, maybe?

Do you think he was a Robin Hood?

Well, it was said that the James-Younger gang was credited with the first daylight bank robbery. Now think about that for a minute. Bank robberies are almost an hourly occurrence now. See what he started? In today’s world, it’s extremely common.

Have you heard about the online petition to get the movie premiered in St. Jo?

That sounds interesting, doesn’t it? It would be nice if the premiere would come to Missouri. I do think it’s a shame, but that’s the way it goes.

Oh, no, absolutely not. You can’t butt heads with big Warner Bros.