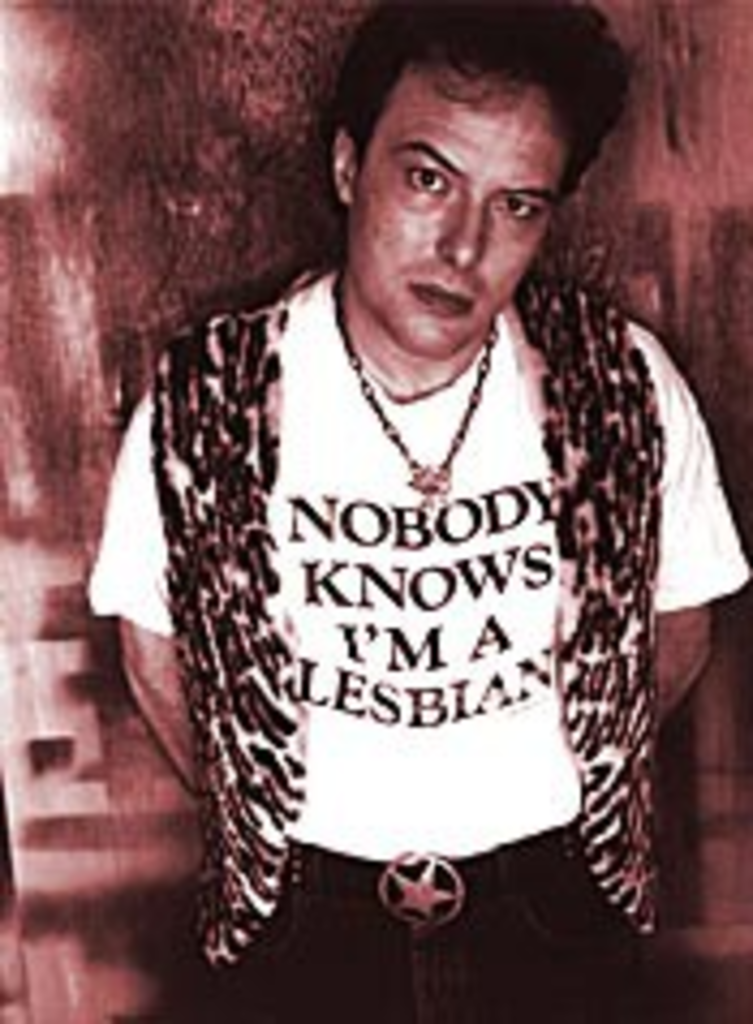 It takes a lot to shock Jello Biafra. After helping to spearhead the politically charged hardcore punk explosion of the early ’80s, becoming the first musician to face criminal charges over releasing a record in the aftermath of the Parents’ Music Resource Center hearings, and being drawn into a nasty legal battle with the former members of his group, the Dead Kennedys, this singer/spoken-word performer has endured a thorough range of emotions and experiences. Still, upon receiving word that local activists Mike McCormack and Sarah Viets had been charged with everything from obstructing a public street to conducting a parade without a permit after organizing the peaceful People’s Rally, Biafra was stunned.

“I’m absolutely amazed,” he says from his home in San Francisco. “It seems like Kansas City would’ve been in the 21st century, let alone the 20th, long enough to know that you don’t need a police helicopter to discourage people from jaywalking. It’s really, really amateur-style bullying that belongs in the Jim Crow South.”

To assist McCormack and Viets, who are scheduled to appear in municipal court on Aug. 10, Biafra will appear at Community Christian Church for a spoken-word performance, with the $12-a-ticket door draw going to the protesters’ defense fund. “I’m not sure what I’m going to do,” Biafra admits. “I’m sure I’m going to read some of the written pieces that I’ve done in the past, because I think the points are good ones and people need to hear them, and I’ll probably go off on several subjects, including as much as I can grasp from afar about what’s going on in Kansas City.”

The charges against McCormack and Viets, which include “yelling and screaming and causing a large crowd to gather,” were described as “pretty weird” by their lawyer, Fred Slough, but Biafra says such allegations might stand up in court. “One thing they’re banking on is the stress factor of an arrest and a trial hanging over your head and the fact that it costs a hell of a lot of money to appeal anything,” he continues. “I, of all people, should know.”

Biafra’s struggles with the legal system as the result of the allegedly obscene artwork that accompanied the Dead Kennedys’ Frankenchrist have been well documented (the jury deadlocked, and the charges were dismissed), but recently he has devoted hours each week to combating what he describes as “the most sickening thing that’s ever happened to me.” Biafra’s former bandmates claimed that the singer had cheated them out of royalties and that he was not responsible for writing the group’s songs, and the jury ruled against him, ordering him to pay $50,000 in damages for lost revenue.

“They used the axiom that if X amount of money had been spent on advertising something everyone already knows exists, then X amount of CDs automatically would’ve been sold,” Biafra explains. “So I owed them 50 grand for CDs that didn’t exist. They also claimed again and again that I couldn’t possibly compose a song because I don’t play a musical instrument and worse yet, says their lawyer, I don’t even read sheet music. This is the kind of slimy bullshit I’m dealing with on a daily basis. I’d much rather be concentrating on new work than having to fight over old stuff, but I can’t bear going through the rest of my life with those greedy guys using my songs, my voice, and my name to turn something that means far more to me than it does to them into just another piece of corporate pop.

“I’m probably going to have to appeal the verdict. I think even the predators at the other side of the table were shocked that the jury fell for so much of their smoke and mirrors. I think they’re just drunk on their own greed. I’m just really heartbroken, sickened, and very angry that the people who meant so much to me would turn out to be such utter scum.”

Although his high-profile squabble with his former collaborators drains much of his time and energy, Biafra finds inspiration in the burgeoning activist movement, which is characterized by such events as the People’s Rally, the World Trade Organization protests in Seattle (Biafra fronted a group called the WTO Combo, which released an EP titled Live from the Battle in Seattle), and the Green Party convention, which he recently attended. (Biafra granted the New York Green Party’s request to add his name to the ballot, although he did not actively campaign. Among his proposals were instituting a maximum wage, abolishing the drug war and the military, and lowering the voting age to 5.)

Regardless of who wins this November’s election, Biafra believes any real reason for optimism about the future lies with young activists. “This is important at a time when so many young people are accused of being totally self-centered and apathetic,” he says. “Corporate power is the same galvanizing issue now that Vietnam, civil rights, and the environment were in the ’60s and early ’70s.”

As for the specific case of McCormack and Viets, Biafra says these protesters deserve a salute. “If someone wants to talk about patriotism, Mike and Sarah are a shining example,” he concludes. “They’re standing up for our constitutional rights when most people would rather sit home and watch TV.”