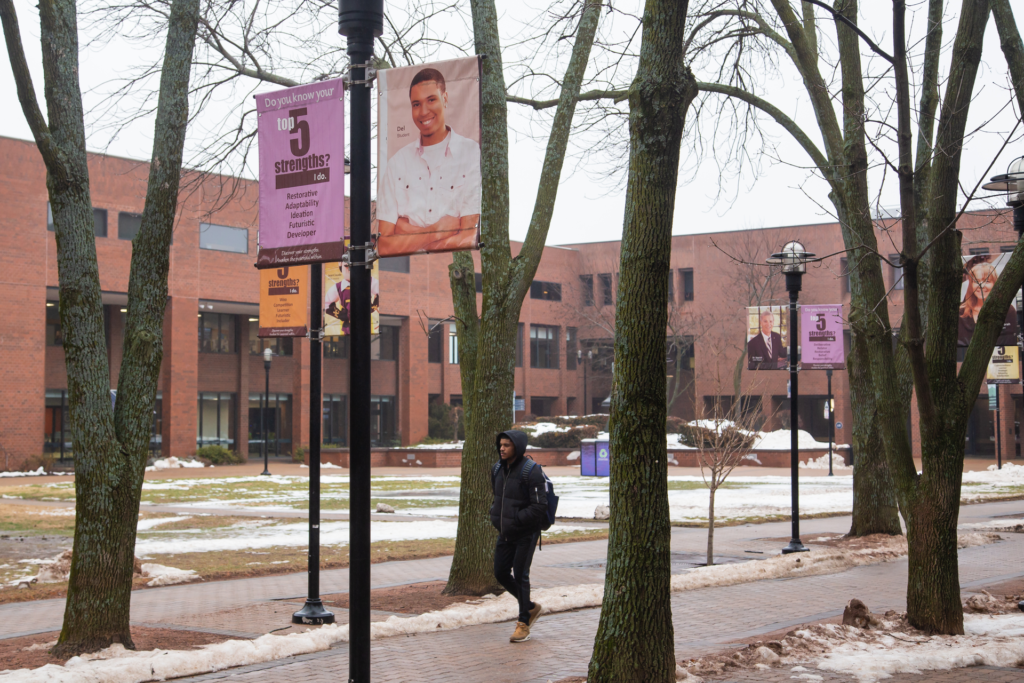 When Johnson County Community College was about to close its track program, President Joe Sopcich was adamant about keeping the school affordable for single moms and needy students. When the trustees voted to raise tuition by $1 next fall, he said it would save those same students from a punishingly higher increase later if there’s a recession.

But all that empathy for the poor was thrown into doubt Wednesday, when Chris Reeves reported overhearing Sopcich say the following to JCCC trustee Angeliina Lawson:

“No one who goes to JCCC struggles. Show me anyone who struggles at JCCC. I walk the parking lot and I see a whole lot of very nice cars. Are there, what, 80, 70 poor students?”

The conversation took place over lunch at a Marriott Marquis hotel in Washington, D.C.  Reeves — a Daily Kos community outreach organizer in Overland Park — happened to be sitting nearby.

We spoke to Reeves today. He says Sopcich and Lawson were attending a national legislative summit meeting of the Association of Community College Trustees. Reeves was there for a meeting of the Democratic National Committee. As fate would have it, Reeves sat three tables away in the sparsely populated dining room for breakfast. According to Reeves, Sopcich walked in and sat down by Lawson. “Within five minutes, you could hear them arguing,” Reeves tells The Pitch.

The conversation, which was about the tuition increase, caught the attention of Reeves’ table because the Democrats had been discussing poverty in their meetings, he says.

“The DNC poverty council was within earshot,” Reeves said. “Two women I was with were advocates for affordable housing.”

So he started tweeting and recording on his phone. Reeves provided a small snippet of that recording to prove the encounter happened, but declined to provide the whole thing because it also captured a private meeting taking place at his own table, he said.

It should be pointed out that Reeves is not an uninterested observer. He is listed in Lawson’s December 2017 campaign finance report as having contributed $8,370 in in-kind, non-monetary support to her campaign for JCCC trustee.

Lawson vouches for the accuracy of the tweets. And while JCCC spokesman Chris Gray said the conversation was not complete and its context may have been misconstrued, neither he nor Sopcich disputed the basic accuracy of the quotes.

JCCC trustees voted in December to plan for a tuition increase of $1 per credit hour for Johnson County residents — more for those who don’t live in the county — bringing the cost to $94 per credit hour for county residents. The reason given was that the country is due for another recession, and since tuition has remained the same for three years, a small increase now would be better than a big one later on.

There’s still some friction on the board about it, though. Part of that comes from the fact that the board voted earlier in the year to lower the property tax rate that also feeds the JCCC budget. Since county property values rose substantially last year, lowering the taxing rate kept the school from collecting a windfall from the higher values.

At the tuition increase meeting, two student representatives said the increase would hurt students struggling to pay for gas money and other expenses. They asked whether the school could consider using some of its reserves instead. But the vote was for the increase.

At the January meeting, Lawson says she asked to consider a compromise that would keep tuition steady for county residents, but allow an increase for others. That idea did not gain traction.

According to the tweet thread, Sopcich minimized the potential damage of the $1 increase.

“I think it is hilarious you think anyone cares about a $1 increase,” Sopcich reportedly said. “Hilarious. I challenge you to find anyone who is going to stand with people who are opposed to this.”

He added: “We’re stealing money from property developers and yes, we should put that on students. It is injustice to do this to developers; students have to carry their fair share.”

Lawson was perhaps the wrong audience for such comments. Her campaign bio on Crowdpac, an online politics fundraising site, recounts her struggles with poverty and dependence on Pell grants and full-time work to make it through Moorpark College in California. She later earned higher degrees in clinical psychology.

Lawson says she was shaken by the comments.

“A lot of things I heard were surprising,” she says. “It was just the shock. The burden of proof is now on the poor. There’s so much more risk for someone who’s poor for going back to school because they could lose everything. Their skin in the game is just being able to show up for class.”

She fought back emotions describing the outreach efforts this year at the JCCC food pantry and in adopt-a-student wishes for Christmas. Students were asking for things like shampoo and conditioner, she says.

“So when I was hearing this discussion with Joe, I was thinking, ‘I cannot believe he’s saying this stuff,'” she says. “Discounting good people just because he sees nice cars in the parking lot.”

Chris Gray, JCCC spokesperson, says he’s been in contact with Sopcich and the president has “nothing he wants to add publicly.”

But he says it’s “unfortunate” that bits of the conversation were pulled out and posted without full context.

“It’s unfortunate because the full conversation and/or the language preceding or following some of those statements that Mr. Reeves tweeted out were not included,” he says.

Gray says he can’t provide any fuller context, not having been in the room. But he adds: “Obviously, if you look at Joe’s track record, that is not who Joe is or what he stands for. You look at how he held the line on tuition for three years. Yes, we did raise tuition, voted on by the board, one dollar for the first time in three years.”

“Mr. Reeves deciding to parcel parts of that conversation out and make it public is unfortunate but that’s the way we live in social media and how people take bits of information and can construe them to their own accord,” Gray says.

The tweets certainly portrayed a different side of Sopcich, who pledged that closing the JCCC track program would protect struggling students from having to pay more to support athletics. When the matter was discussed a year ago, track advocates said the scholarships helped students who might not be able to pay for school otherwise. Ending the program would remove one of those avenues for help, it was said. Sopcich, however, stood firm. “I’m never going to raise the cost to a single mom with three kids struggling to get by and ask her to pay more in tuition so we can have an athletic program,” he said at the time. “I’m not going to do it.”

“If you’re going to do this meeting, you might do it where the tables surrounding you don’t include a BIG slice of [Democratic National Committee] members who spent the morning talking about poverty. Just, you know, heads up.”