Anticipating a recession, JCCC decides to raise next year’s tuition 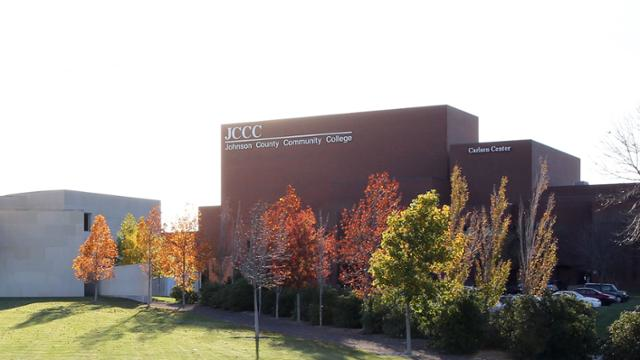 Students enrolling at Johnson County Community College will have to dig a little deeper to pay for classes next fall.

JCCC trustees recently gave their blessing to the first tuition increase in three years. The trustees listed concern about the next economic downturn as their reason for giving the OK to an increase that student leaders said would be hardest on the poorest students. The last recession hit the school hard as property values — and hence property tax revenue — declined. Raising tuition by a small amount now would prevent a bigger jump in tuition if another recession hits, they say.

“The projections are there will be a recession,” said JCCC president Joe Sopcich. “It’s a predictable cycle.”

The tuition increase would raise about $460,000 in revenue for the school’s general fund. No required fees or course fees would be raised.

The vote, which came near the semester’s end in December, was opposed by student leaders. Student Senator Christopher Bergin and President Tiger Harris-Webster both asked whether the trustees could delay a vote until they had more of a chance to talk it out with the students. But the trustees went ahead anyway, citing the timing of the budget-setting process.

Bergin said he was concerned that the increase would be a big blow to needier students.

“A one-dollar increase would affect them dramatically,” he said, because even such a small increase could take away money they need for transportation and other school costs.

Instead, the school should look at its spending, he suggested, notably payroll and school activities.

The increase didn’t sit well with supporters of the cancelled JCCC track program, either. Just a year ago, administrators were dead set against raising costs to students to keep the track program alive. At the time, Sopcich said, “I’m never going to raise the cost to a single mom with three kids struggling to get by and ask her to pay more in tuition so we can have an athletic program.”

But Dennis Batliner, one of the organizers of the still-active Save the JCCC Track group, says the tuition increase is a policy reversal that doesn’t make sense. The next recession is not likely to be deep enough to cause property values to crater again, he said. Also, the increase will raise more money than it would have cost to save the track, he says, and the school has other, better ways to save money, such as using its unencumbered cash or paying down bonds on parking garage construction.

“This illustrates how the track decision and the tuition decision are more about politics, power, and control than about the Community College’s educational mission to ‘inspire learning to transform lives and strengthen communities,’” Batliner wrote in an email response to the increase (underline his).

Raising tuition was sold as a moderate approach that would cushion the blow of a future recession, when too much of the burden may fall on students least able to afford it. The school is funded by tuition, property tax revenue, and the state, but the burden has been shifting in recent years as state funds have not kept pace.

Sopcich says past tuition increases have been much higher and could be again without the gradual increase. During the last recession, property values went down and students ended up with a heavier burden, he says.

That has not been a problem in Johnson County lately, however. Property values trended higher last year — so much so that several taxing districts, including JCCC, reduced their mill levy rates so they wouldn’t take in excess money. The trustees voted last year to reduce their mill levy by 0.25 mills, forgoing $2.5 million that would have gone into college coffers otherwise.

The two trustees who voted against the tuition increase had that in mind as they cast their votes.

“We just rewarded our residents by reducing the mill levy and now we are risking breaking our promise to those same residents by picking their pockets when they send their young students to our programs,” said Angeliina Lawson, a trustee. “We cannot give with one hand and take right back with the other.”

Trustee Lee Cross, the other “no” vote, concurred.

“I said it then and I’ll say it now: we should have used our surplus and we should use the advantage we have in this county to make the burden easier on our students,” Cross said.

But others said the increase was moderate and fair. JCCC’s in-district tuition is still third-lowest in the state and lower than Metropolitan Community College’s $103 per credit hour.

“We ought to give students the benefit of knowing there’s some stability in our tuition rates,” said Greg Musil, another trustee. “If we go up one dollar a year after three years of no increases, I think that’s fair.”