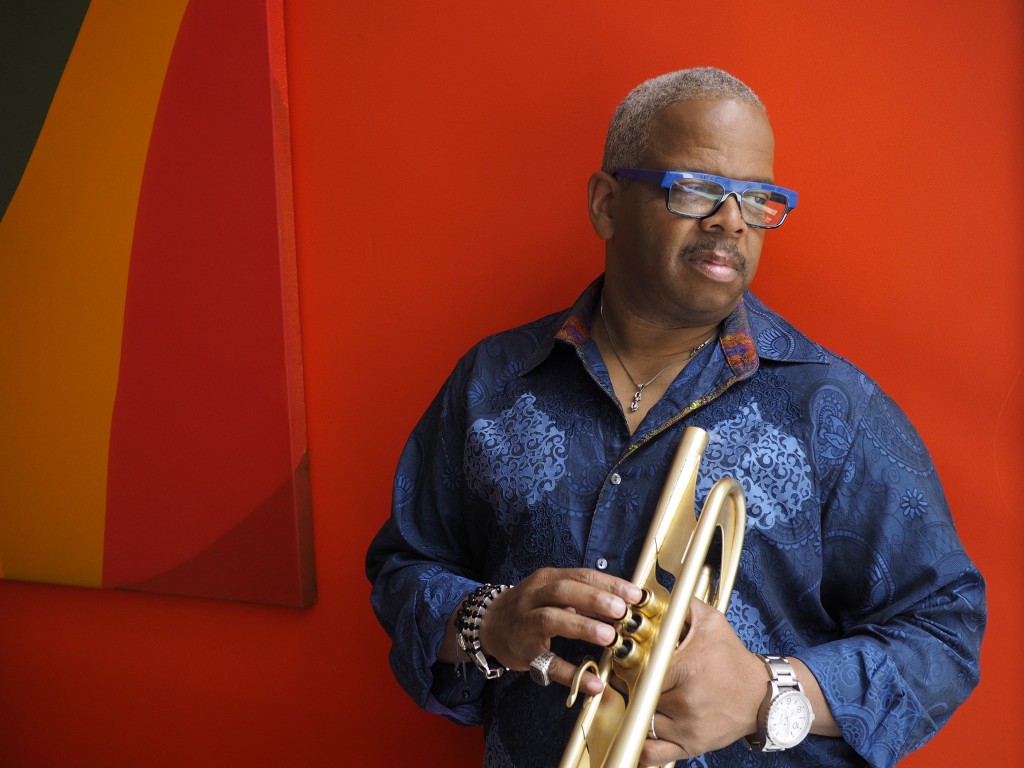 Trumpeter, bandleader and multi-faceted composer Terence Blanchard made headlines and history last fall with his opera Fire Shut Up in My Bones, the first work by a Black composer to be performed by the Metropolitan Opera in the organization’s 138-year history.

But just a month or two prior to the monumental news Blanchard had released an album on Blue Note, Absence, a tribute to the legendary saxophonist, composer and fusion pioneer Wayne Shorter. 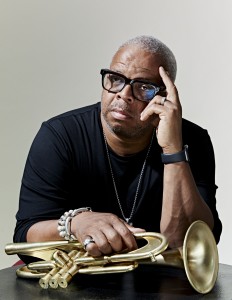 This Sunday, Blanchard will be coming to Kansas City, kicking off the Harriman Jewell Series’ 58th Season with a one night only performance entitled Absence, where Blanchard will present selections from his latest album. The performance will include compositions by Shorter, in addition to original works from Blanchard and other members of his E-Collective, a combo that includes synths, keyboard, guitar, electric bass and drums.

To top it all off, Blanchard and The E-Collective will be joined by strings; the Turtle Island Quartet, an ensemble that has been pushing the boundaries of string chamber repertoire for over three decades. “Pairing Wayne Shorter’s music with original works from The E-Collective along with the sonic colors of the Turtle Island Quartet has been an amazing experience,” Blanchard says.

​From operas to film scores, and of course, his work as a bandleader and trumpeter, Blanchard proves time and time to be a creative chameleon all while remaining rooted in the jazz vernacular. But regardless of genre, his music is reliably permeated with soul, finesse and adventure.

“Wayne [Shorter] has said before, ‘jazz means I dare you,’ so why not dare to be creative and pay homage at the same time,” Blanchard says.

Listen to a daring display of Terence Blanchard’s artistry on Sunday, October 2nd at 7 p.m. in the Atkins Auditorium at the Nelson-Atkins Museum of Art. Tickets are available at www.hjseries.org.

This month, The Project H performs for the first time since June 2021. If you like new music, this is for you. There is a $10 cover ($5 for students) at the door.

From standards to soul and beyond, Eboni Fondren’s honest interpretations will keep you captivated. Enjoy 100 minutes of music presented by the First Baptist Church’s Jazz Vespers series. Free and open to the public.