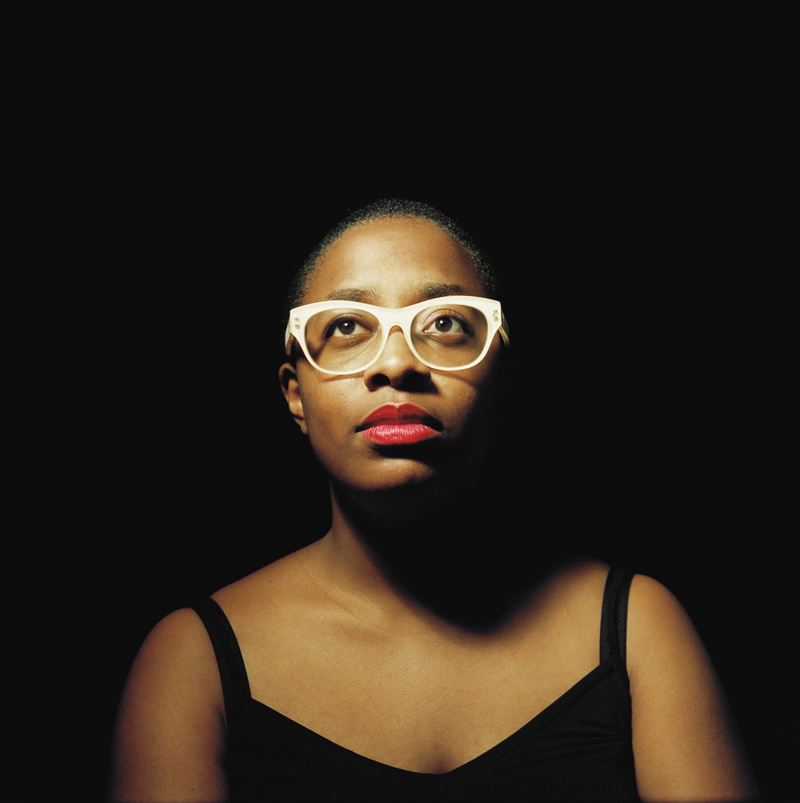 Twenty-six-year old Cécile McLorin Salvant started singing jazz less than a decade ago. She learned piano while growing up in Miami, then moved to France to study law and voice. Her original emphasis in the latter was classical and baroque, but a teacher introduced her to jazz. Now, she sings with a hint of Sarah Vaughan but delights in a way that’s her own, with a child’s curiosity, a weaving playfulness, and a way with a lyric that’s crisp and authoritative but still soars. Critics have noticed. In 2014, she won four Downbeat Critics Poll categories, including Jazz Album of the Year and Female Vocalist. And this year, her album For One to Love won the Grammy for Jazz Vocal Album. Salvant, named Female Singer of the Year by the Jazz Journalists Association, makes her first visit to Kansas City on Saturday night, at the Folly.