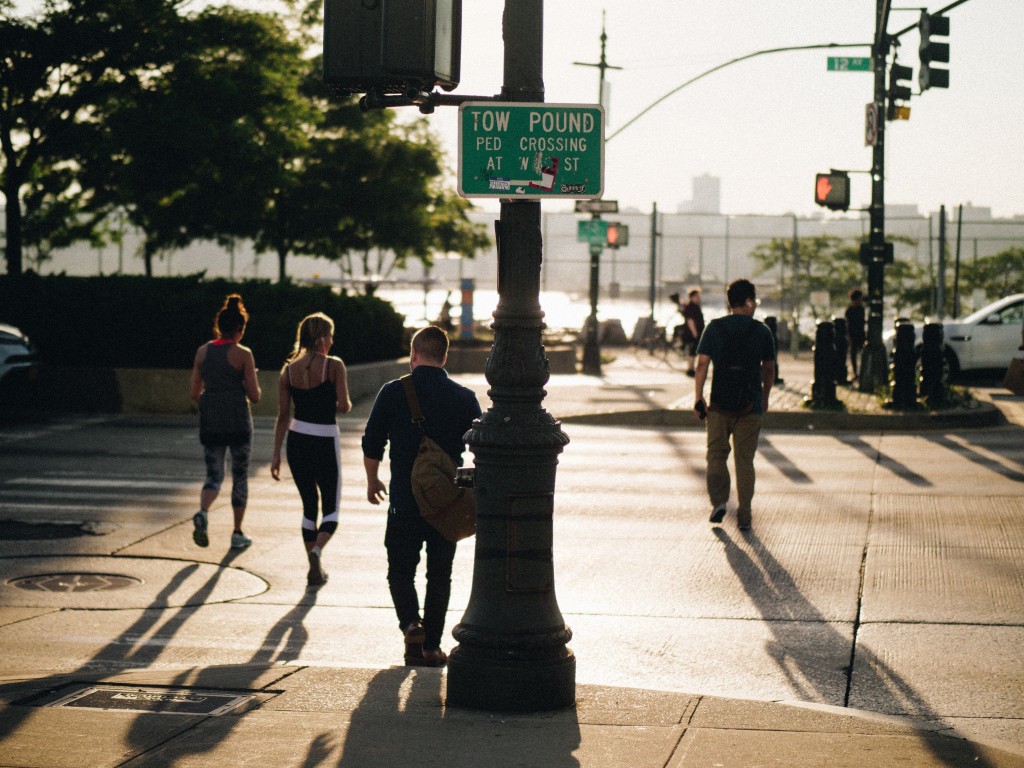 Kansas City—the place where jaywalking got its name—is banishing the word and any penalties connected with it from its municipal ordinances.

According to Merriam-Webster’s word history feature, the Kansas City Star coined the term in 1905 to ridicule pedestrians who failed to stay to the right and yield to others on crowded sidewalks. It was a takeoff on “the jay driver,” an exasperated way to refer to the operators of horse-drawn carriages or early motor cars who traveled on the wrong side of the street. At the time, “jay” was a pejorative word to refer to a person believed to be dimwitted.

“Much annoyance would be obviated if people when meeting others going in the opposite direction would keep to the right and avoid collisions and being called a ‘jay walker,’” The Star opined.

In time, of course, jaywalker became a more universal name for people who cross streets in places other than designated intersections.

And, in Kansas City and other places, jaywalking became an ordinance violation—and a way for police to subjectively stop people and perhaps issue a ticket, even if the street crossing caused no one any harm.

On Thursday, the Kansas City Council voted to remove its prohibition against jaywalking. It also got rid of two offenses related to bicycling.

The council acted quickly after Jane Brown, the mayor’s general legal counsel, reported on Wednesday that, of 123 jaywalking tickets issued in Kansas City over the last three years, 65% were handed out to Black pedestrians. Blacks make up only 30% of Kansas City’s overall population.

The examination of jaywalking citations as an example of discriminatory law enforcement got started last year in the wake of protests following the murder of George Floyd in Minneapolis by a police officer. As activists raised alarms about routine interactions with police that have the potential to turn deadly, Mayor Quinton Lucas called for a review of city ordinances that could open the door to excessive policing.

BikeWalkKC, a non-profit that works in the Kansas City region to make streets safer and more accessible, flagged the jaywalking ordinance. It also pointed out an ordinance that allows law enforcement officers to issue tickets if they deem a bike to be unsafe, and another that requires bike tires to be clean.

Michael Kelley, BikeWalkKC’s policy director, said jaywalking laws initially were put in place at the behest of the fledgling auto industry. Pedestrian injuries and deaths were mounting and it was to the advantage of car manufacturers to place the blame on pedestrians. People who cross streets rarely interfere with traffic or cause safety problems, but ordinances that criminalize jaywalking add another obstacle to the act of moving around the city, he said.

“Everyone deserves to safely get from one place to another,” Kelley said. “For us, it seemed like the right thing to do, and our small way of contributing to how we can make Kansas City not just more equitable but safer for Black and brown travelers, regardless of their preferred mode of transportation.”

Other groups, including KC Tenants, KC Healthy Kids, the local chapter of the Sierra Club, and the Midwest Innocence Project, supported getting rid of the jaywalking ordinance and the two nuisance bicycling ordinances.

“I do think it significantly reduces the likelihood of someone being harassed,” Councilman Eric Bunch said, just before the council repealed the anti-jaywalking ordinance.