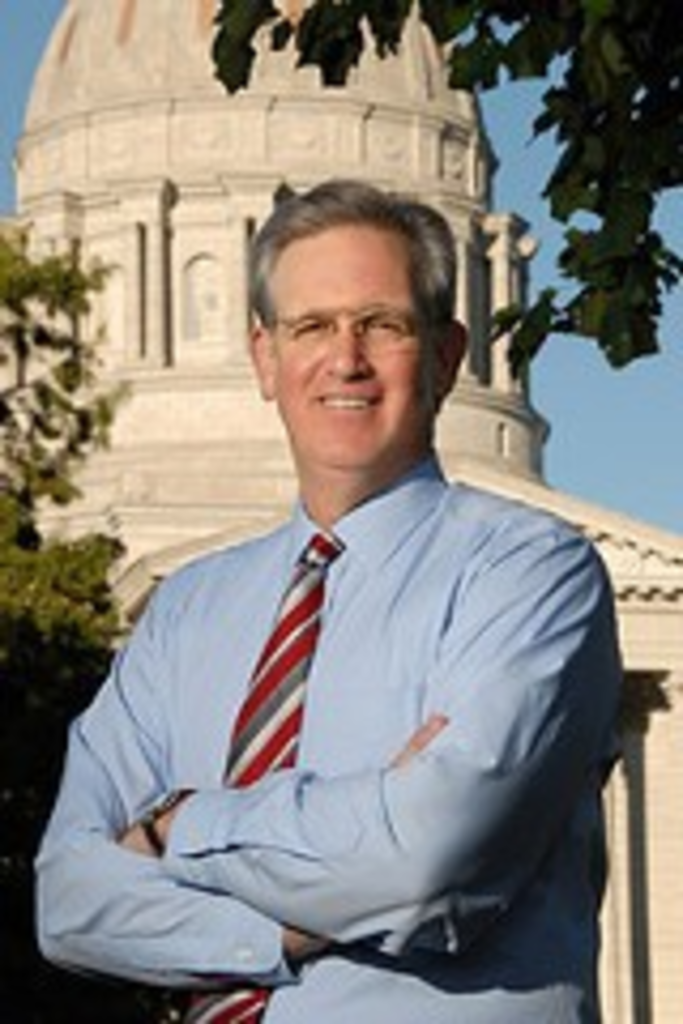 Jay Nixon came to Kansas City on August 14, 2012, for one of those ceremonies that elected officials call “groundbreakings.”

Groundbreakings are a way to trick media into regurgitating old news (usually for a real-estate development or infrastructure project) as though it were fresh. It’s an opportunity for elected officials to gather in one place, slap each other on the back and ham for press photos when they drop a shovel in the ground to mark the “first step” in the construction project.

In the case of the August 14, 2012, event, Nixon was on hand to break ground on a new office building for Freightquote, an online shipping broker that moved barely over the state line into Kansas City, Missouri, from Lenexa, plied with a huge bucket of taxpayer incentives.

“We welcome Freightquote.com as the latest company to make a massive capital investment and bring new jobs in the Show-Me State,” Nixon said at the time.

Except it wasn’t new jobs. The move mostly meant that Freightquote’s 1,000 employees or so would commute to Interstate 435 and State Line Road for work instead of to a Lenexa office park.

The Freightquote move was one of the biggest companies to hopscotch across the state line for the promise of tax breaks in what’s referred to as the economic development “Border War” between Kansas and Missouri. It’s a foolish gambit that plays out in the Kansas City area. The border war often siphons public money that could otherwise go to schools and new roads and doesn’t promote the growth it promises. But it’s a good way for businesses to reduce their tax liability (while others pay the full lug) and drive down their office rents.

The thing about the Freightquote move is that the company nearly signed a new lease to stay in Lenexa. But the deal fell apart, leading Kansas City and Missouri officials  to make a full-court press to lure Freightquote just a few paces east of the state line. Kansas City had been on the losing end of several economic-development deals to Kansas with respect to companies such as AMC Entertainment and Teva Neuroscience, both loading up the moving vans and heading to Johnson County. Getting Freightquote seemed like a good way of showing Kansas that Missouri can throw taxpayer money at private businesses, too.

Nowadays, Nixon is singing a different tune when it come to economic-development incentives. Nixon showed up in Kansas City on Tuesday proposing a cease fire between the two states.

“Too often here in Kansas City, economic-development tools that were designed to create jobs and generate real economic growth have the opposite effect: manipulating the market and hampering Kansas City’s ability to compete as a region globally,” Nixon said in a ballroom at the Westin Crown Center. “Every dollar we spend moving a job from one part of the region to another is a dollar we can’t spend…to create new jobs.”

He’s calling on Kansas Gov. Sam Brownback to agree for now to stop using discretionary incentives in the Kansas City area to shuffle jobs around, and then pressure both state legislatures to make that moratorium permanent.

Nixon said progress has been made in those negotiations and that he has spoken with Brownback somewhat recently. He also said economic projects that rebuild distressed property that wouldn’t be developed without incentives, like a massive incentive awarded to Cerner to redevelop Bannister Mall, are examples of good public policy.

Going back to Freightquote, it leased a new office building built for the company on undeveloped ground along Interstate 435 just behind St. Joseph Hospital. It’s prime office real estate, one of the best sites in the city for new development. That interstate isn’t clogged with cars every rush hour for no reason.

The Pitch asked Nixon how he reconciled his statements on Tuesday with his actions with respect to Freightquote.

“We want a new paradigm for the future,” Nixon said.