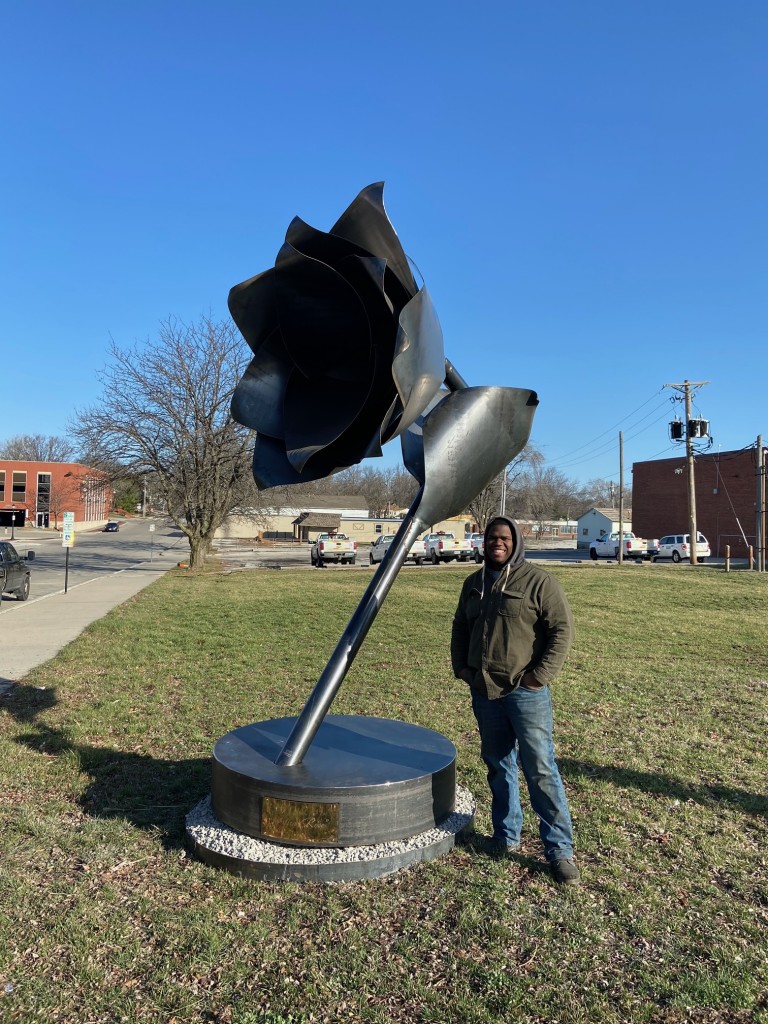 If you’re walking or driving through the downtown Lee’s Summit, you’ll see a towering metal flower built by a local artist. Jay Lockett used channeled his welding and metalworking skills to sculpting. His sculpture, “Silicia Rose,” is composed of uncoated sheets of steel welded with heavy-duty pipe.

Lockett’s been making small-scale, individual flower sculptures for about six years now. He decided to expand into large-scale public sculptural art after his daughter was born.

“She’s now four years old and she is my world. I wanted something for her to be able to see when she gets older, that she can be proud of me for, other than just me just striving to be a great father,” says Lockett. “I want to be able to showcase my creativity my imagination and my craft, which I’m also trying to instill in her. I knew the grade to make this rose on a bigger scale so that I could reach a bigger audience, and kind of invoke a bigger amount of emotion.”

“I never thought getting the rose outside and getting it placed would be the hard part. But a year and a half into it and completing it, it was definitely quite the opposite,” Lockett says. “I can tell you, by myself making it is something that I could probably do again 10 times a week, all day every day, 365. But as far as getting it out into the public eye was a lot of bureaucracy and politics, and me being a person of color also played a factor in getting it in place because, in the world of art, which I found out, it’s a very hard world to get into due to the fact that you know, I am a person of color.”

After submitting his piece to a few public calls for art, Lee’s Summit accepted Lockett’s rose, titled “Silicia Rose” as part of their sculpture walk.

Lockett left his metal rose untreated to add to the meaning he extracts from the sculpture.

“It starts as a seed and grows, and it eats and curves and goes upward as we go through life, dodging obstacles,” says Lockett. “Then as the rose blooms, we bloom as humans into adulthood—we’ve gone through these life-changing things and personality sculpting obstacles, but we’re still all beautiful in our own way. We do have our flaws, but we still attract others with our beauty. Just like the rose when it’s blooming. It’s beautiful in itself. Yes, [the sculpture] will rust over time, but it still will retain its beauty, just like us.” 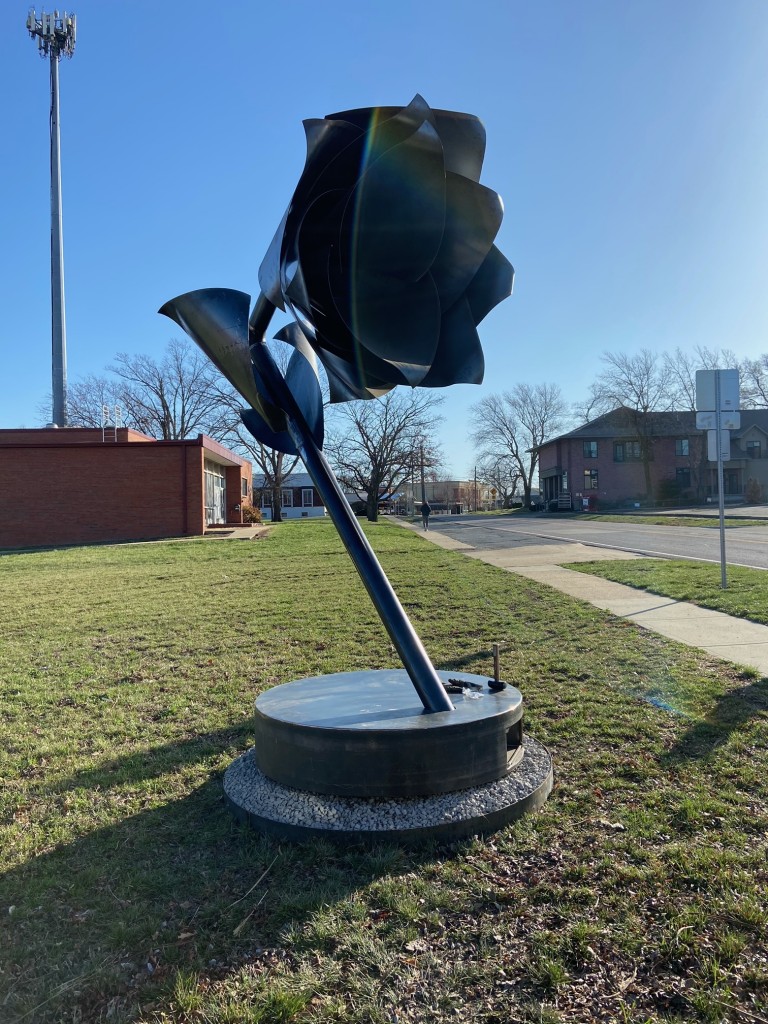 After the installation of Silicia Rose, Lockett plans to submit his sculptures to more public art calls. There’s no limit to the amount of art he wants to produce, and the amount of inspiration he hopes to give. Lockett wants his success to serve as a reminder to other Black artists that breaking into the public art space is possible.

Lee’s Summit installed his piece March 20 on the corner of Third and Green Streets in their historic downtown area. You can see Lockett’s installation on that corner throughout the next year.