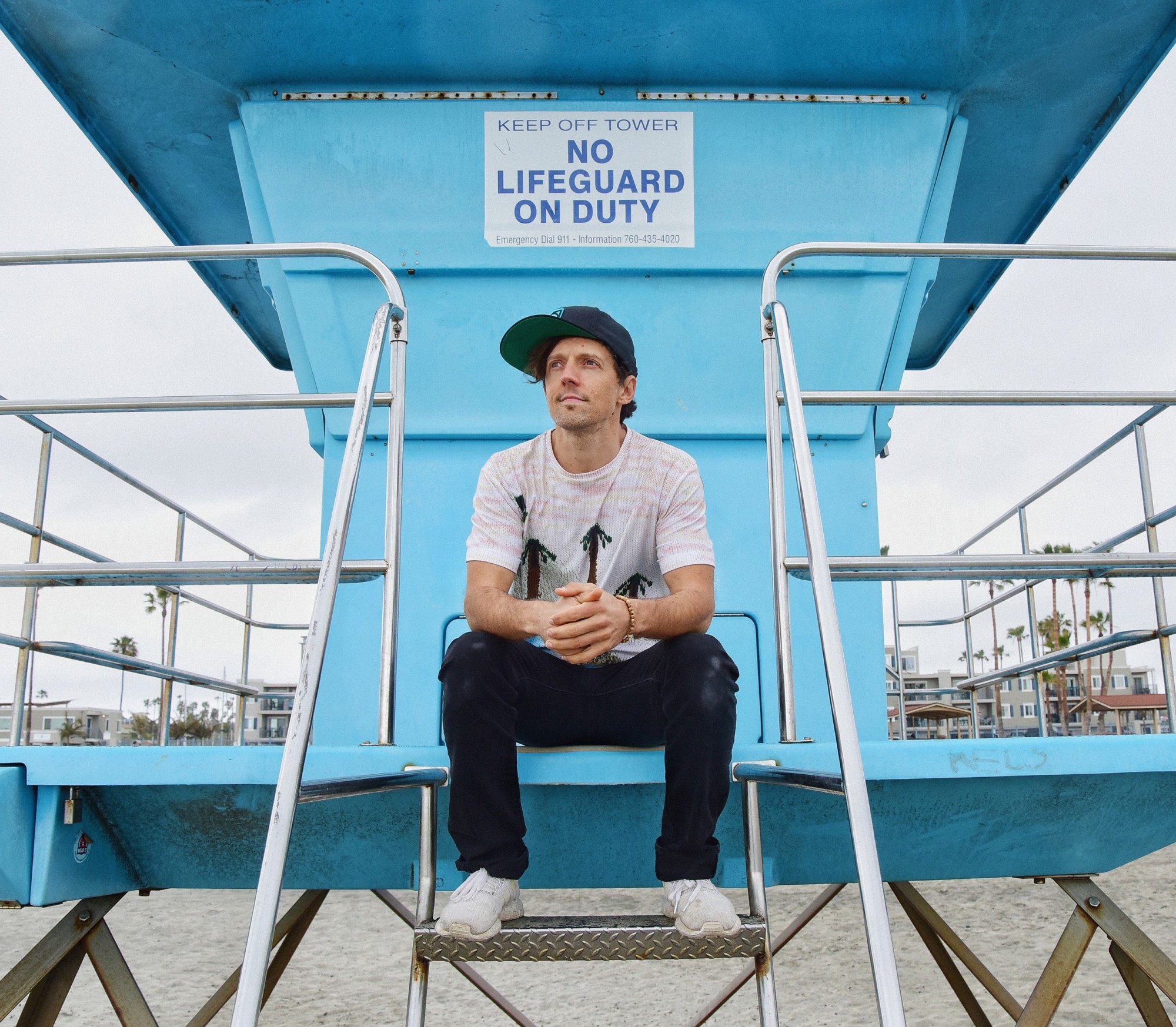 Musician Jason Mraz’s latest album, Look For The Good, saw the singer-songwriter fully embrace the reggae leanings which had popped into his music over the course of his nearly two decade career. Unfortunately, it released dead smack in the middle of a pandemic, meaning his fans haven’t had a chance to hear these songs live.

Happily, last month, Mraz released a deluxe version of the album, which features bonus tracks, including ska reworkings of his two Grammy-winning singles, “Make It Mine” and “Lucky,” the latter featuring Emily King. Given that Mraz is bringing a 13-piece reggae band to perform songs from his latest album as well as new tunes and those re-imagined classics, I hopped on the phone with the musician to see how he feels about being part of this summer of ska. I started off by asking why he wanted to rework his best-known songs in the island style.

“I wanted to rework them as differently or uniquely as possible,” Mraz replies. “The fact that they both ended up ska was kind of a coincidence because I didn’t realize that would be the first two songs we put out.”

As he continues, Mraz explains that there wasn’t a whole lot of ska on Look For The Good, so he and the band knew we still had some room in the set list and the show for that particular style, out of all the various reggae subgenres and/or precursors to reggae, such as ska.

“We knew we had some room there to experiment and in the studio we had John Asher, who I think is just a phenomenal drummer, especially when it comes to ska,” Mraz says. “It was a good fit for ‘Make It Mine’ and ‘Lucky’ was an experiment that it just found a groove in ska. I’ve been messing around with reggae for the last two years and wanted to go for something that had a classic feel that people could dance to, especially a song like ‘Lucky.’”

Mraz says that, even though “Lucky” had a groove in its original incarnation, it still felt like a ballad to him, so he wanted to make sure folks could really dance to the song. In the end, he describes it as a combination of experimentation, having the right musicians, and wanting to be very different from the originals.

I ask Mraz why he decided to go full reggae for Look For The Good, after flirting with its elements for so many years.

“I wanted to do it probably since 2005-ish,” the songwriter says. “I went to Jamaica in 2004 and I’ve been to Hawaii many times and a lot of the music in Hawaii is reggae and I just felt like, ‘Willie Nelson made a reggae album. If he can do it, I can do it, and one of these days, I’m going to have a reggae album.’ It was just something I created for myself 15 years ago. It was a possibility. It’s like, ‘I don’t know how I’m going to do it, but I’ll figure it out.’”

Then, in 2018, Mraz met Michael Goldwasser from Easy Star All-Stars, who did a remix for the musician’s “Have It All,” which Mraz says was awesome, but the pair weren’t in the studio together, as it was just a remix.

“But we connected and we loved the idea of making music together,” Mraz enthuses. “We started making music together–new songs, as well as taking some pre-existing songs that I had done in singer-songwriter style—and Michael started to put it through the reggae lens and it really enhanced the lyrics and it found rhythms that I had never imagined could be possible inside of some of these songs.”

Mraz says that as an acoustic singer-songwriter artist in the pop category, he’s spent his whole career having A&R and managers telling him his music needs to be more upbeat: “’If you want this to be on the radio, you gotta be able to dance to it.’”

The musician says he always struggled with that aspect because he was basically always in the acoustic rock category and it was hard to really find a group that made him happy without just sounding like “plain oatmeal rock,” whereas Mraz loves the aspects of reggae, where every instrument is essentially playing percussion, and you can dance to even the slow songs.

“That’s why I’ve loved reggae: no matter what it is you’re listening to, whether it’s a sad song or it’s a song about revolution or song of spirituality, you’re always going to nod your head to it or dance to it,” Mraz explains. “And ska will be more upbeat, even, to help us really bounce around and ecstatically dance and shake out our anxieties. I had this awesome experience of hearing my music uplifted because of reggae, so I was just like, ‘Let’s just keep going and let’s make a whole record. This is it. This is the time.’”

Mraz says that finding Michael Goldwasser, who produced Look For the Good, helped him really make it legit. He didn’t want to just copy reggae–he wanted to make a legit reggae album with proper musicians and songs that honored the genre and some that maybe even served a purpose in the world.

That’s how Look For the Good came to light,” Mraz says. “We’ve been back in the studio since to make even more music so that we can have a really well-rounded show that we bring to cities.”

Mraz describes the whole affair as seeming like a natural fit, and that the band which will appear at Starlight will be the real deal.

“The band that we were able to put together—everyone was already sort of being magnetized together,” Mraz says as we wrap up. “It would have happened probably for some other artist if it wasn’t me. These guys, I feel like they were meant to be put together. It’s a treat for me to put a lot of energy into this thing and hire a lot of musicians to bring this sound to its fullest expression.”