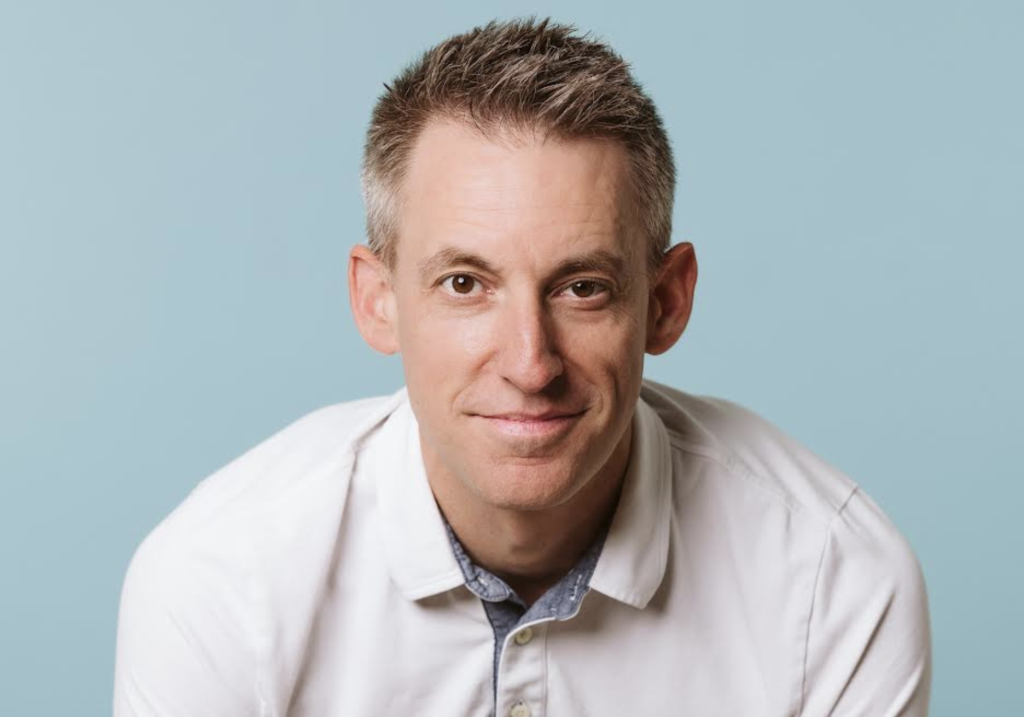 With those three words, Jason Kander can sum himself up. It’s certainly a far cry from what the Former Missouri Secretary of State and House Representative used to occupy his time with. Now, Kander spends his days focusing on family, coaching his son’s Little League team, soaking up Kansas City Royals victories, and running non-profits.

Kander’s second book, Invisible Storm, hits shelves on July 5. The entry from Kander acts as an ode to his time during the height of his political career, an in-depth analysis of mental health, and a play-by-play of his soldierly duties.

In 2018, the departed politician sent shockwaves across the metro. After considering a presidential campaign for the 2020 election, Kander stepped back from the national spotlight and announced a new play for KC mayorship. Curiosity flooded the city when Kander released his withdrawal from the mayoral race at the eleventh hour. The decision came when he realized he needed to treat his remaining mental health concerns stemming from Post-Traumatic Stress Disorder.

Kander joined the ROTC during his stint at Georgetown Law School, which led him to tour Afghanistan. The former Army Captain specialized in intelligence collection and analysis, and later commanded training exercises for the Missouri National Guard upon returning to the states. 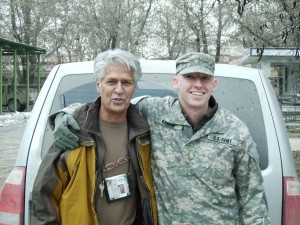 “Each time my translator Salam and I ventured off the base to collect information about corruption or espionage, we risked walking into a trap. Salam’s knowledge made me a better intelligence officer and his savvy helped keep us safe.” // Courtesy Jason Kander

Resultant of the events he was tied up in during his service, Kander developed PTSD. Without treatment, the repercussions soon became catastrophic. The war veteran found himself in an actualized nightmare, wherein he couldn’t escape the Middle East, and the toll became physical.

In his stunning new memoir, each political milestone and experience with mental illness are dictated and cynically humorized with candor.

Politicians act as our county, state, and national figureheads, but there’s more to everyone behind the ties and desk nameplates. Since Kander drew the days of amendments, bills, and legislature to a close, he’s been up to a lot.

In 2017 Kander founded Let America Vote, an organization acting against voter suppression tactics across the country. He fulfilled a gig at the University of Chicago Institute of Politics as a teaching fellow and hopped on the mic as a CNN commentator. Nowadays Kander also allots his time to the Veterans Community Project combating veteran housing crises and advocating for their mental health.

His multi-tasking continues with his podcast Majority 54, and he doubles as a board member of Giffords non-profit, calling attention to gun violence. When Kander isn’t actively changing the world or paving a philanthropic road, he’s doting on his wife and two children or playing for the Kansas City Hustlers in amateur baseball leagues.

The typical question lining his days is “Are you ever coming back?”

Those who probe always mean to ask if he’s coming back to politics, but The Pitch had something else in mind. We want to convey that Kander doesn’t need to tiptoe over party lines anymore, he’s been doing just fine hanging out in the area and participating in semi-mundane citizenship. You don’t need a party and state prefix on your name to change the world, all it takes is some passion and collaboration.

The Pitch: Where are you at in life right now?

Jason Kander: Let’s take this in the order of what I spend my time on. 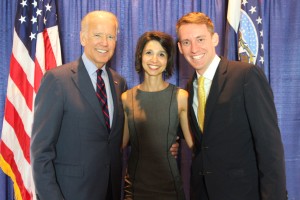 “By the time I ran for the US Senate in 2016, I was on a quest for personal redemption because I believed I had failed to ‘do enough’ for my country.” // Photo by Suzy Smith

Once a week I record the podcast, which means I pay attention to the news quite a bit. I have a voice, for sure, where I can speak up, so I do that on social media.

I started the Afghan Rescue Project and there’s plenty of rescuing to do so, I spend some time on that.

But I would say a majority of my time is spent on stuff that has absolutely nothing to do with that. I coach Little League and I really like it; I spend at least an hour or more a week on line-ups for second graders.

Do you still fit in some time to go to Royals games around all of that?

We’ve been to two Royals games this year. We’re looking forward to more, my son and I watch and listen to them on the radio. There aren’t as many highlights as in other seasons, but we watch what they give us.

How would you describe yourself to someone who doesn’t know who you are?

I maybe say this half-jokingly but when I describe who I am, I’d just describe myself as a Little League coach from Kansas City. I recognize that isn’t the complete picture, but that’s how I think of myself. I’m a dad of two kids, and I like to coach and play baseball, and most of the time I try to make a difference in the world.

Was your first book, Outside the Wire, more about your life lessons overall, where Invisible Storm is centered on the diagnosis and treatment of your PTSD?

Outside the Wire was the moment where people understood I’d become a national figure politically, and I was probably going to run for president. So, publishers were interested because people buy those books, particularly at the moment when there were dozens of potential candidates. The book is a collection of stories, vignettes really, of lessons that I’d learned up to that point.

Look it’s a good book, I stand by everything in that book up until the moment I say, “Well it’s a good thing I don’t have PTSD.”

When I went through and wrote Invisible Storm I had to remove a lot of jokes that didn’t add to the book. They took away from the tone and the seriousness. Anybody who’s been in the military will understand that if you don’t have some gallows humor, it’s very hard to get through it.

I’m proud of Outside the Wire, but Invisible Storm is one of the most important things I’ve ever done. 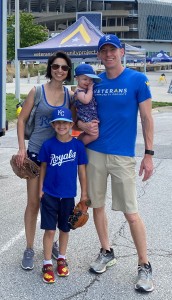 Well, I could probably give you a top four or five.

In no particular order, my wedding day, the days my kids were born, going to the 2014 AL Wildcard game with my dad, and I’d probably say my 40th birthday was pretty great. I just had a great birthday. I got to play my first baseball game in over two decades, my wife and kid, and my parents were there.

I kind of wrote about this in the epilogue of the book, that I used to think about the future consistently and constantly. When you’re in a hurry not to deal with yourself that means you’re really not enjoying the present.

It’s difficult to be in the present when that’s the case. I was often thinking of what the plan would be, the difference now is that I want to accomplish things solely around the differences I want to make.

It runs the gamut.

Invisible Storm is available July 5, wherever books are sold.