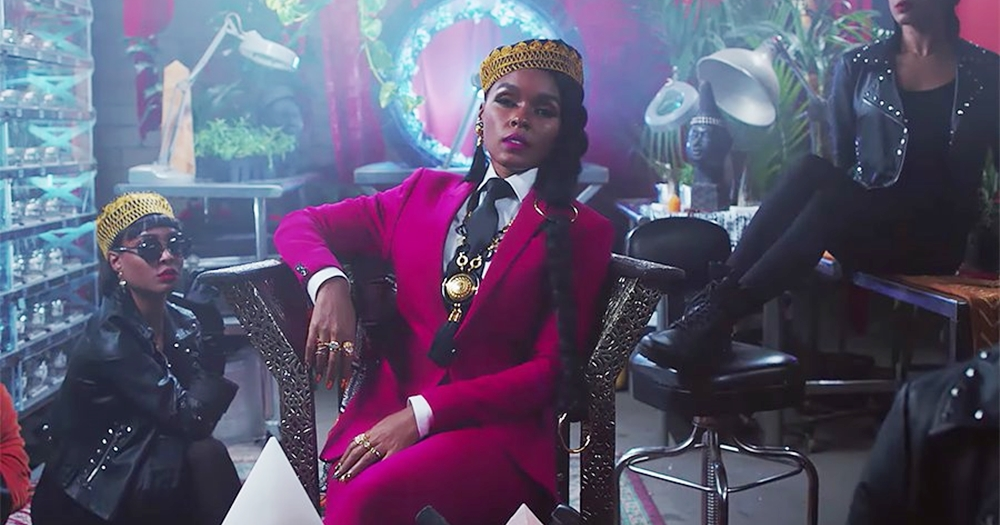 Mike Stroud of Ratatat has joined up with Agustin White of White Flight to form Kunzite, whose debut album, Birds Don’t Fly, came out earlier this year. White was a former member of local pop-punk band the Nuclear Family and one of the founding members of indie-pop group The Anniversary. This marks his second collaboration with a member of Ratatat, having first formed Abuela with Evan Mast in 2014. If you hit up the group’s YouTube page, you can find the whole album streaming.

Kendu The Stampede’s video for “54U,” aka “… I Got 5 Minutes” looks like a commercial for a late-night chat line circa 1992. It’s all blown-out reds and blues, and even features disclaimers at the bottom. Combine the slow, dreamy visuals with Alexander’s confessional lyrics and a chopped-and-screwed-to-the-point-of-near-incomprehensibility sample of Luniz’s classic “I Got 5 On It,” and this seems less like a music video and more like a half-remembered adolescent memory.

The debut vinyl release from long-running Lawrence cassette label, Whatever Forever, is CS Luxem’s Symptoms. The first album from Luxem in almost five years comes fresh on the heels of last fall’s 7-inch on Replay Records. “Feed the Dogs” is the final track on Luxem’s new LP, and it’s a hypnotic track that ruminates on getting older by telling the story of a regular morning taking care of the dogs. The slow pull-back of the video’s static shot then gets mirrored and overlaid until it becomes the most fascinating four and a half minutes of dogs eating breakfast you’ve ever watched.

You can pick up Symptoms on cassette, vinyl, or CD over at Whatever Forever’s Bandcamp.

The Uncouth, “Just A Matter Of Time”

Teenage Heart label head Johnny Starke directed the video for “Just A Matter Of Time,” and the way he had director of photography, Morgan Cooper, shoot the video makes it look like a Tech N9ne joint paired with a streetpunk song. It’s kind of brilliant. The song comes from the band’s forthcoming 7-inch of the same name on Teenage Heart, which follows the band’s first EP, Jonesy’s War.

You can pick up Just A Matter of Time on black, grey, or clear vinyl from Teenage Heart.

The latest video from Muney’s Problem Child EP, “Destiny” is tough as nails, a fitting complement to the rapper’s hard-edged delivery. Lyrics get the occasional visual superimposed on the apartment kitchen-shot footage, matching the likes of I’ma pray for him with a Catholic statue or I’ll pull a Scorpion on a sucker, like where you tryin’ go? with a Mortal Kombat fatality. It’s multi-layered in a way I didn’t expect, and will definitely suck you in for multiple viewings to catch every detail.

Pala Zolo is the instrumental side project from Hembree’s synth and keyboard master, Eric Davis. The swirling M83’s swirling sounds and deep low end combine nicely with the spacey visuals of the video, directed by Jon Ulasien of Shadow Rabbits.

It was hard to choose between this and “Make Me Feel,” but this track (1) is hella overtly political (2) sounds like it could’ve fit right in on Kendrick Lamar’s Black Panther soundtrack album, and (3) shouts out Kansas City. It also sees Monáe full-on rapping, which is a new direction for hr. All of these things are amazing and worth celebrating. “Make Me Feel” is pretty damn good, too, though — very Prince. Monáe’s Dirty Computer drops at the end of April.

KCK hip-hop artist Pistol Pete has released three videos thus far from his new album, The 3 Pete, of which “Laminated” is the latest. Domineko kicks it off with a set of bars about how lit KC is, before Pete drops in halfway to spit rapid fire. The guitar lick that anchors the song is killer; it really emphasizes the repeated builds and drops in the track. The video’s a party in a graffitied lot somewhere, which definitely hits the “lit” aspect of the track.

You can stream the whole album via Spotify.

Freight Train Rabbit Killer, “The Tree of the Knowledge of Good + Evil”

The second volume of Freight Train Rabbit Killer’s ““Wake Snake Death Dance” 7-inch series is out in April on Haymaker Records, and “The Tree of the Knowledge of Good + Evil” is on the A-side. It’s a dirgelike stomp, and well representative of the band’s Tom Waitsian evil blues. The video is overexposed black and white and plays out like lost footage from an undiscovered German horror film.

You can pre-order the vinyl from Haymaker Records. It’s a limited run of 100 copies on blood-red vinyl, which come in numbered sleeves, screen-printed by the band itself.