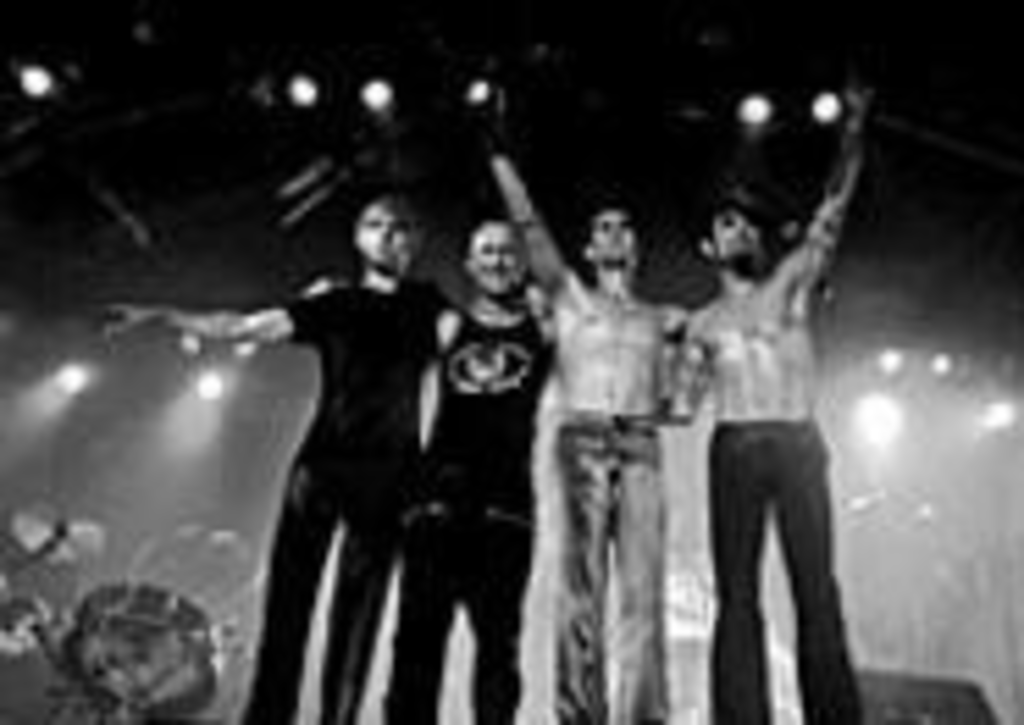 Even legends get stuck in traffic. Just ask Jane’s Addiction stickman Stephen Perkins, who is currently snailing his way across a crowded Los Angeles freeway, trying to get to band practice on time. Rehearsals are going well, according to Perkins, who’s excited to be prepping for the revitalized Lollapalooza, back after a six-year hiatus. Moreover, Perkins is thrilled to be playing full time for Jane’s Addiction, the luminous L.A. band that originally put him on the path to stardom. The downside is that material from JA’s forthcoming Strays will be forced to compete with the band’s beloved catalog.

“We just wanna do new songs, but we know we gotta throw a few staples in here and there,” Perkins says. “‘Ocean Size’ and ‘Mountain [Song]’ and ‘Stop’ are great songs, and we can’t ignore them, but we’re just so excited about the new stuff.”

Jane’s Addiction is not the same band that took the alternative nation by storm in the late ’80s. Rising fame and hard-core drug abuse led to numerous personal clashes. The band members were barely on speaking terms as its final tour wound to a close in 1991.

“Back then, we were out of our minds, and the chaos was never really focused,” Perkins recalls. “We never really had a point. We just went for it. It would’ve been great to make another record, but the steam ran out creatively. Jane’s Addiction takes a lot of energy and focus. Now that there’s less drugs and less obstacles, I think the songs are better.”

Hypersonic includes most of the ingredients that made Jane’s Addiction metal’s most artfully compelling act: Dave Navarro’s imaginative guitar phrases, Perkins’ patented tribal backbeats, and Perry Farrell’s keening, urgent vocals. Missing are the roving contributions of former bassist Eric Avery, as integral to the band’s vibe as any other facet. After years of using the Red Hot Chili Peppers’ Flea as an in-concert replacement, JA has hired former Alanis Morissette bassist Chris Chaney as Avery’s permanent replacement. To the band’s chagrin, Avery is currently working with none other than Morissette.

“It’s fucking weird — they’re playing each other’s bass lines,” Perkins says with a laugh before launching into a lengthy explanation as to why Avery has chosen to keep his distance. “I haven’t talked to Eric and picked his brain, but he probably has a great time, cashes his check and goes home.”

“It takes a lot of energy to keep up with Perry,” Perkins explains. “There were tough times in the early days when hard drugs came into play. You can’t talk to somebody if they’re doing coke or heroin. You never want to see one of your best friends in pain or partying too hard. But I was able to stand by him those moments when other people said, ‘Fuck this; this is bullshit.'”

With Strays nearing its July 22 release date and a summer full of tour dates booked, the question remains whether Lollapalooza can still compete in a market saturated by daylong music festivals.

“The well’s gone a little dry,” Perkins says. “Ozzfest is pretty cool, but they got one type of music all day. I think the kids need more diversity. If you think about the first Lollapalooza, my god, Rollins, Butthole Surfers, Ice-T, Siouxsie. Lollapalooza has that frame of mind, still. It’s a rock tour, but there’s different flavors.”

As for his band’s legacy, Perkins prefers to keep things in perspective.

“We didn’t really sell as many records as people think,” he says. “We sold the records to the right people. We sold the records to people that are making music now. People talk about us along with Soundgarden or Nirvana. Those bands sold millions and millions of records. Jane’s never did. Jane’s is like the soil or the fertilizer that those flowers grew out of. You don’t look at the dirt when you look at a flower, but that dirt better be good or that shit don’t grow.”