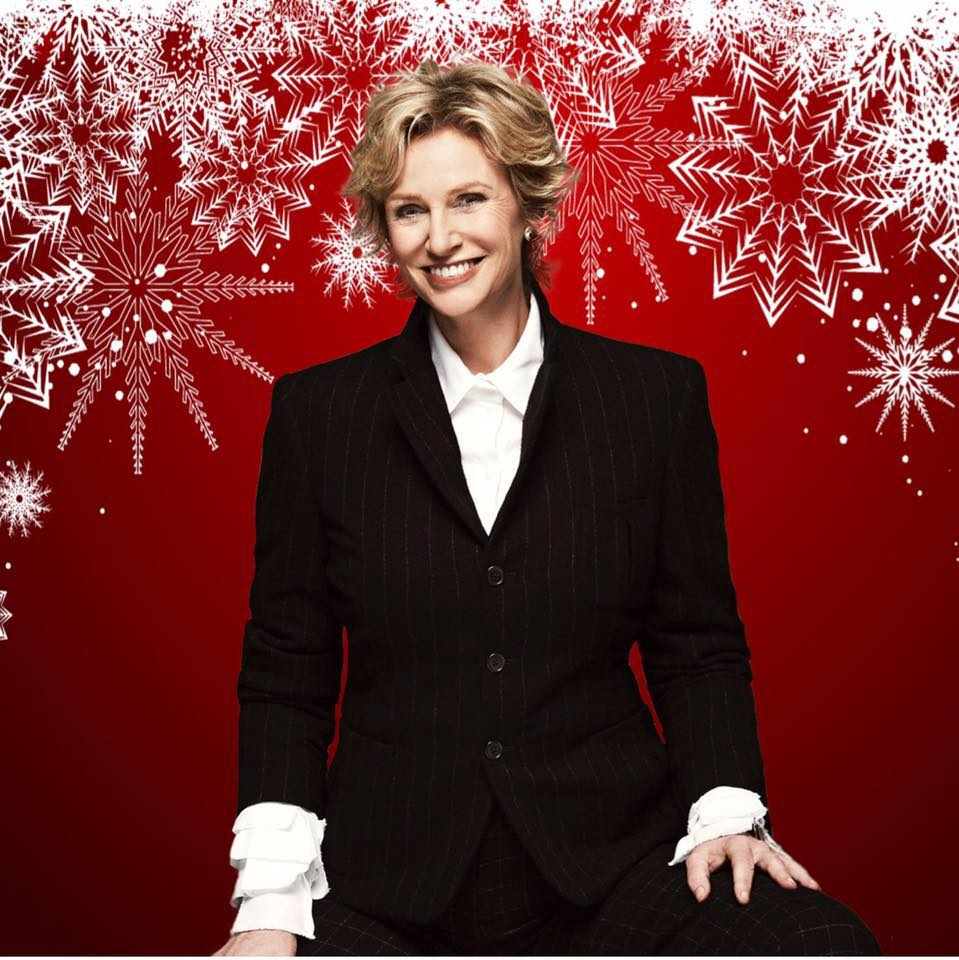 There are myriad ways actress Jane Lynch might’ve come into your life. Depending on your age or coolness, you may have encountered her as trainer Christy Cummings in Christopher Guest’s Best In Show, store manager Paula in The 40 Year-Old Virgin, or coach Sue Sylvester in the TV show Glee. In all of these roles (and more), Lynch is a prickly, sarcastic woman one step away from being sadistic.

When you speak with her in person, though, Lynch couldn’t be further away from those characters. It’s much the same in her touring production, Jane Lynch: A Swingin’ Little Christmas!, which features Lynch, actress Kate Flannery (The Office) as well as Tim Davis (Glee’s vocal arranger) and The Tony Guerrero Quintet, all performing original and classic holiday songs in a big band style.

I spoke with Lynch by phone before the holidays about the tour, some of her iconic roles, and the joys of singing.

The Pitch: I had a bunch of questions to ask you, but then I saw that you’re on a five-week tour, and I’m amazed that you’d be on the road that long over the holidays.

Jane Lynch: You’re impressed, is what you’re saying. Yeah, we’ve done it before, but never for this long. We’ve about tripled the size of the tour this year. My agent just kept getting offers, and we love doing it. We adore it. We’ve been doing this Christmas show — this will be our third season. This will be the first time in a tour bus. We usually fly from place to place, but it worked out better to drive a lot of the time, so that’ll be a first, and we’re all really looking forward to it. 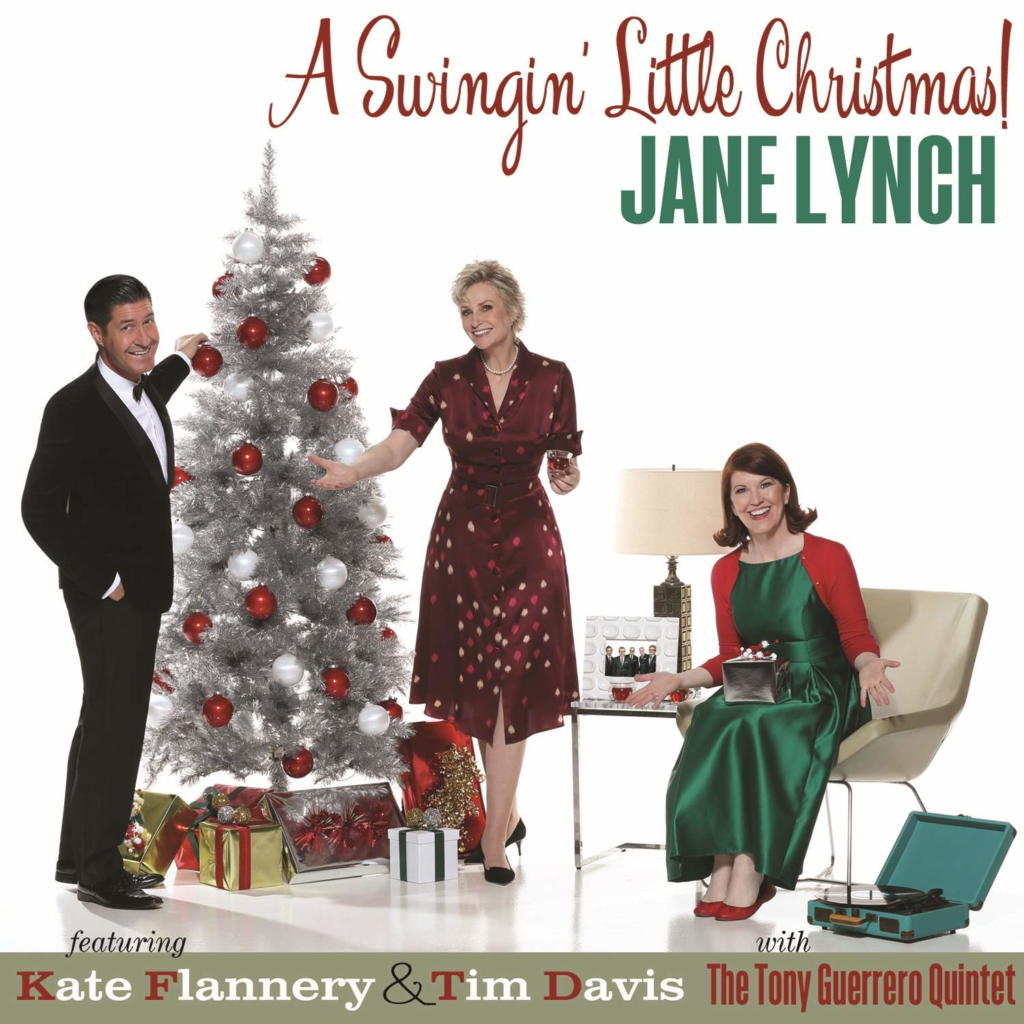 How did the album from which all of this sprang come to be?

Well, back in June of 2016, when we were on a three-and-a-half week tour [for See Jane Sing], Tony Guerrero — our bandleader, and he arranges all of the music that we do — he just got the idea. He has a recording studio, Tim has a vocal recording studio, and he just sat us down and said, “Listen, if we get 12-13 public domain Christmas songs that we don’t have to pay the publishing [on], I’ll arrange, Tim does the vocals, and we could have an album.”

Tony’s just a genius. He can do anything. He created the label, he created the art for it, he did all of the arrangements for the songs, and he did the mixing at his studio. We had a full orchestra do a few of the songs, and the rest is the quintet, but we wanted to take you back to the late ’50s, early ’60s, when most of the Christmas music that we listen to these days was recorded, like the Bing Crosby, the Perry Como, the Rosemary Clooney, and the Andrews Sisters.

We wanted to create an album like that, which would stick around for a long time and kind of bring you back to that sentimental feeling that we all have about Christmas music. They’re selling like hotcakes. We had to bring an extra box of them last night, because we sold about 88 of them in Denver. It’s pretty exciting.

It seems like people came to know you through bristly, sarcastic roles, and I wonder if this tour will surprise folks who might not be aware that you’re not actually abrasive?

[laughs] Well, I guess I would leave that up them. Nobody’s coming up to me, going, “I didn’t know that you were this way!” I think that people just have an acceptance, when they’re in an audience — they just kind of accept what the person is doing, if they’re hopefully doing it well enough. But, no: I haven’t had much response that way.

I think some people might see my name and go, “Really?” But I have a great five-piece band, and Kate Flannery, who was Meredith the drunk on The Office, and is a very good friend, and Tim Davis, who was the vocal arranger on Glee. The three of us sing together, and it’s just a blast. I know my name kind of headlines it, but it’s really a group effort.

You get to do so many fun and interesting things in your career, including Party Down, which I just adore. Was that as much fun to make as it seemed?

It was the first time that Starz did an original series, and they were nowhere to be found. They just threw money — not a lot of money, but a little bit of money — at us. We had one writer, we had two directors, and every episode was in a different location. We did it in a bubble without getting notes. We did what we wanted to to do, and it was an absolute blast.

I know you got your start on the stage, but what was your first singing role?

Godspell, in high school. I did this “Turn Back, O Man” part and in college, my freshman year, I played Electra, the stripper, in Gypsy.

After that, it seems like folks really didn’t get a chance to hear you sing until Glee.

I only got to do about four songs on Glee. What I think really cemented for me that I wanted to go on the road and do this full-time, or as full-time as you can, was doing Miss Hannigan in Annie on Broadway, which I did the summer of 2013, and I loved it! I hadn’t been onstage in decades — maybe two, maybe three — I hadn’t done a play in that long, and I loved it, and I loved being onstage, and from that, all good things flow.

What exactly was it like doing Glee, since it was such a cultural phenomenon when it was on the air? Your character was such an iconic role, especially standing in such contrast to all of the cheery singing going on.

Exactly. I was told this story — it’s before I was involved in it — but they had their pilot, and FOX said, “This is great, we want to do it, this is fantastic, but you really need an enemy. You need a villain.” That’s when they came up with Sue Sylvester, who wasn’t in the original script, and you really do need a ridiculous counteroffensive to what could be offensive sweetness. You need someone to come in and [laughs] — Sue Sylvester was so out there, so mean, so ridiculous, and so verbose that she was a joy to play.

Jane Lynch: A Swingin’ Little Christmas! is at the Lied Center on Tuesday, November 27. Details on that show here.