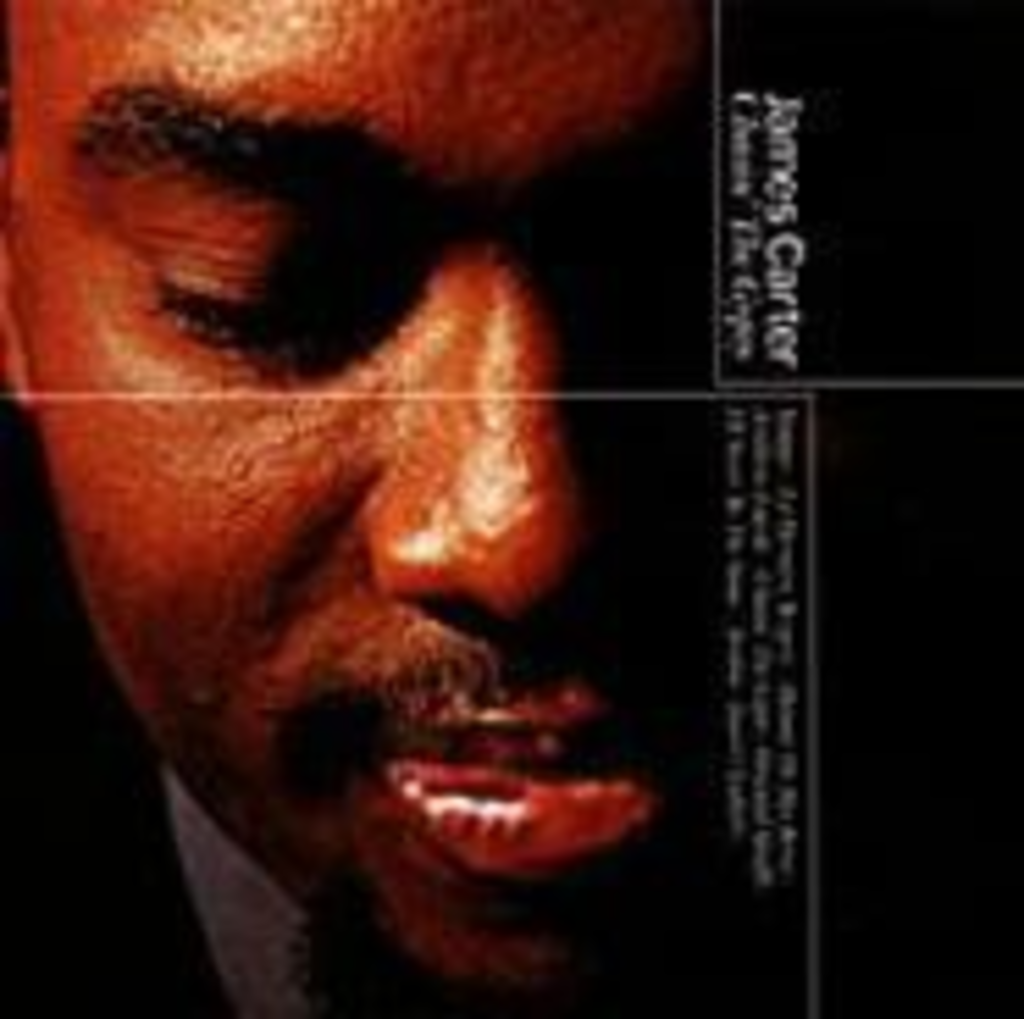 There is something about releasing two albums on the same day that smacks of hubris. Bruce Springsteen’s ill-fated joint release of Lucky Town and Human Touch was an indication that he had been left behind by the rock music world. Guns N’ Roses, with its bloated, filler-laden Use Your Illusion albums, signaled the death knell of hair-metal grandiosity. That’s not to say that there weren’t plenty of great cuts on these projects, but rather that a tighter, more focused album would have served both the Boss and Axl much better at that stage of their careers. Sometimes coherence is more important than volume.

That said, fiery Detroit saxophonist James Carter has served notice that he is destined to be one of the standouts of his generation with the concurrent release of two amazing albums. It is hard to imagine two more disparate works, and that seems to be exactly Carter’s goal. With Chasin’ the Gypsy, he pays homage to his jazz influences, focusing on the great Gypsy guitarist Django Reinhardt. Layin’ in the Cut is a brash, insistent foray into the future of jazz, incorporating the rhythmic fury of Motown and funk.

Carter exudes talent on nearly every track of these two disks, sampling his abilities on a wide array of saxophones. Gypsy kicks off with Reinhardt’s “Nuages,” featuring the remarkably heavy sound of Carter tootling a bass saxophone. The material on this album is consistently lighter, friendlier, and more melodic than that of its counterpart. In paying tribute to the tradition of Reinhardt, Carter has combined the lyrical abilities of several quality musicians. The swaggering “Artillerie Lourde,” for example, features a superior passage in which Romero Luambo’s guitar solos over the gentle wash of Charlie Giordano’s accordion.

“Oriental Shuffle,” with its ominous introduction of clashing cymbals and dissonant guitar is a sublimely moody piece of music. The enticing violin work of Regina Carter creates an equally strong moment in its duet with Carter’s sax on “Avalon.” This is traditional jazz, but Carter works some distinctly modern sensibilities into it.

The funky, soulful Cut shows a very different side of Carter’s talent. The title track, for example, showcases a blaring sax intro that quickly leads into a full-scale sonic barrage as the rest of the band joins in. Erstwhile studio guitarist Marc Ribot is at his best, providing superior rhythmic accompaniment while occasionally ripping through sere, lashing solos.

“Requiem for Hartford Ave.” features a heavy groove that leaves plenty of room for the artists to solo. Carter is never afraid to incorporate dissonance into these solos, and he frequently adds purposeful squeaks and moans to his passages. This creates a somewhat harrowing sonic landscape on “Terminal B” and other tracks, but the artist always manages to curtail these practices before they get too annoying.

The distinctly different charms of these two albums make them the perfect example of a joint release. Completely contrasting in tone and style, one or the other is bound to appeal to just about any jazz fan.