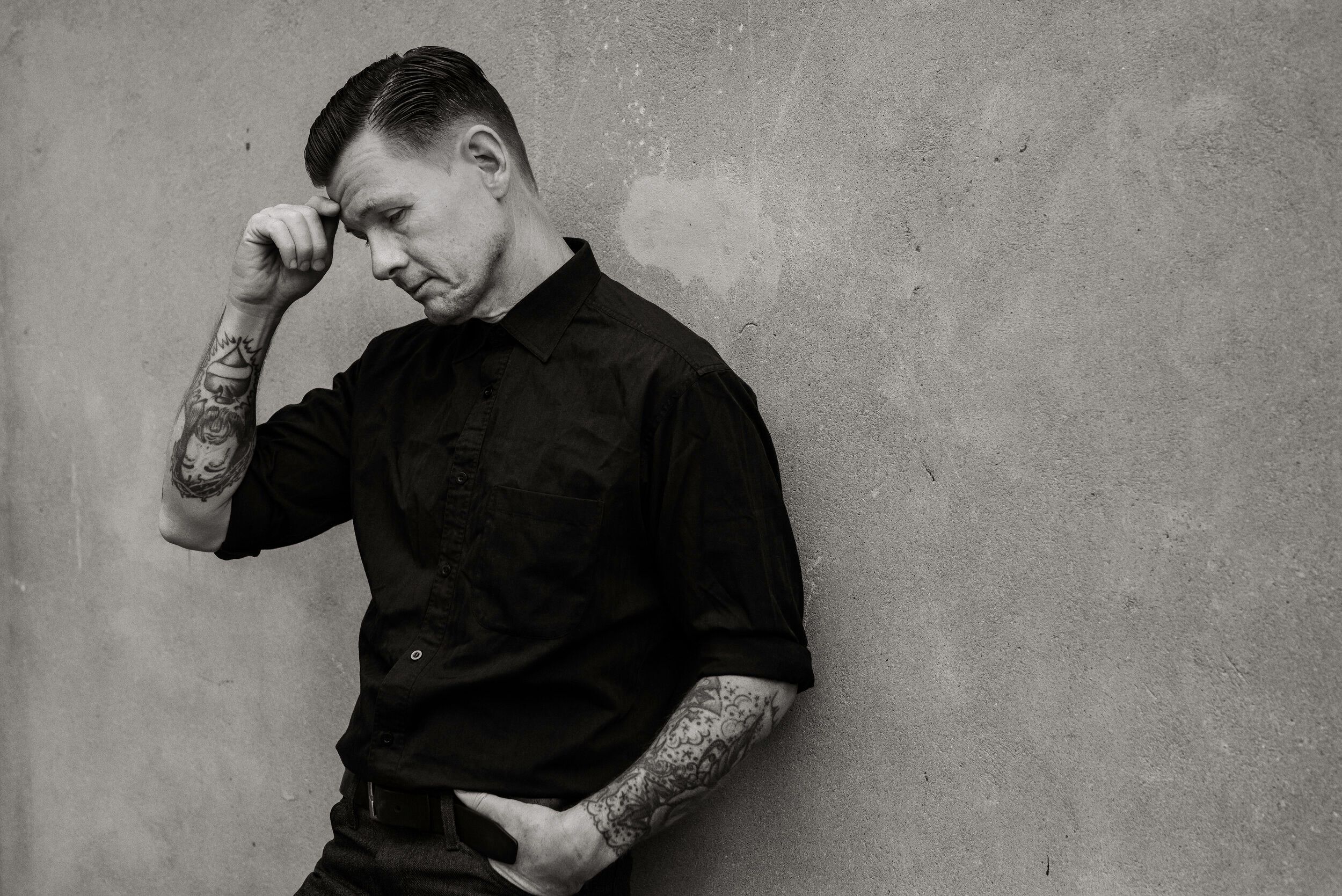 Most would regard tattoo shops as a transactional place of business, picking out ink on the wall like milk on the supermarket shelf. But blues singer Jake La Botz contends tattoo parlors as one of the great modern egalitarian hubs for celebrations of art. On Sept. 7, La Botz debuted his Tattoo Across America Tour at the Electric Influence Tattoo and Body Piercing in Kansas City, singing classics and features from his newest album Hair on Fire sharing his company with the locals of the parlor.

From performer and actor to mediation teacher, La Botz consolidates the separate practices of tattoos, music, and meditation into a single expression of love for art. Inspiration for the album came to him teaching meditation in a northwest Georgia prison when he heard the vibrations of a soulful gospel seeping into the room from next door. “I remember getting genuinely excited because I could feel both of my worlds coming together in that moment,” said La Botz, according to his publicist. “The two sides of my life just converged into this one beautiful experience, and it just stopped me in my tracks.”

A tattoo parlor might seem an eclectic choice and depend on the venue, cramped even. But for Jake La Botz, having performed this tour on and off since 2006, it’s the perfect atmosphere to really immerse both audience and performer into one experience. “When there’s no backstage you’re just in the mix with the people. And you can’t kind of pretend you’re on some different level than them,” La Botz told the Pitch. “It is a vulnerable situation, because you don’t have the lights, you don’t have the separation. So you just have to be really in that emotional mix, the feeling mix, whatever the humidity is, you know, you’re with the people in a certain way.” 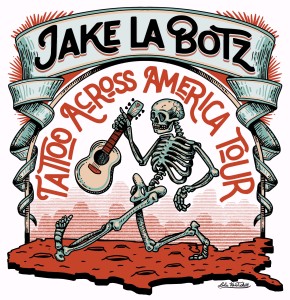 And certainly, it was in the mix of the people of Kansas City that led to his decision to kick off the tour in the Midwest. Knowing Jake la Botz at his last Kansas City show at Knuckleheads, owner of Electric Influence at Knuckleheads Matthew Futvoye invited him to start the tour at his shop.

It’s people Futvoye and Oliver Peck, a Dallas tattoo artist who created the Tattoo Across America Tour cover art, that make this kind of tour plausible, according to La Botz. After playing in tattoo shops in Chicago and LA, he found that the tattoo community had mutual interests of the blues, old honky tonk and punk. From there on he asked parlors if they would have him to perform and his cult following took a life of its own from there, allowing La Botz to perform today at parlors such as Electric Influence and Peck’s Elm Street Tattoo.

As the sun set on Electric Influence on Sept. 7, local KC musicians Anthony, Jason Walstrom “Diggs,” and Dr. Dave Duly, a tattoo artist at the shop, opened up for La Botz on a home-project stage outside of the shop. “It’s really rare for a tattoo shop to have a stage,” said La Botz in between sets.

A vintage lightbulb strip served as the stage’s front light, mixing in with the iridescent deep-tone greens emanating from the parlor’s neon signs that gave La Botz an uncanny similarity to his character drawing on the cover of Hair on Fire. But even though Electric Influence had a stage prepared, this didn’t stop La Botz from mixing in with the locals as they stood close to the stage, cheering at hits like “How I Wish She Was Mine” and swaying to the haunting tones of the new single “First McDonell’s on the Moon.”

Tattoo Across America tour continues through Oct. 13, stopping at Wingnut tattoo in Minnesota. Jake La Botz’s Hair on Fire is out today, available across streaming platforms.