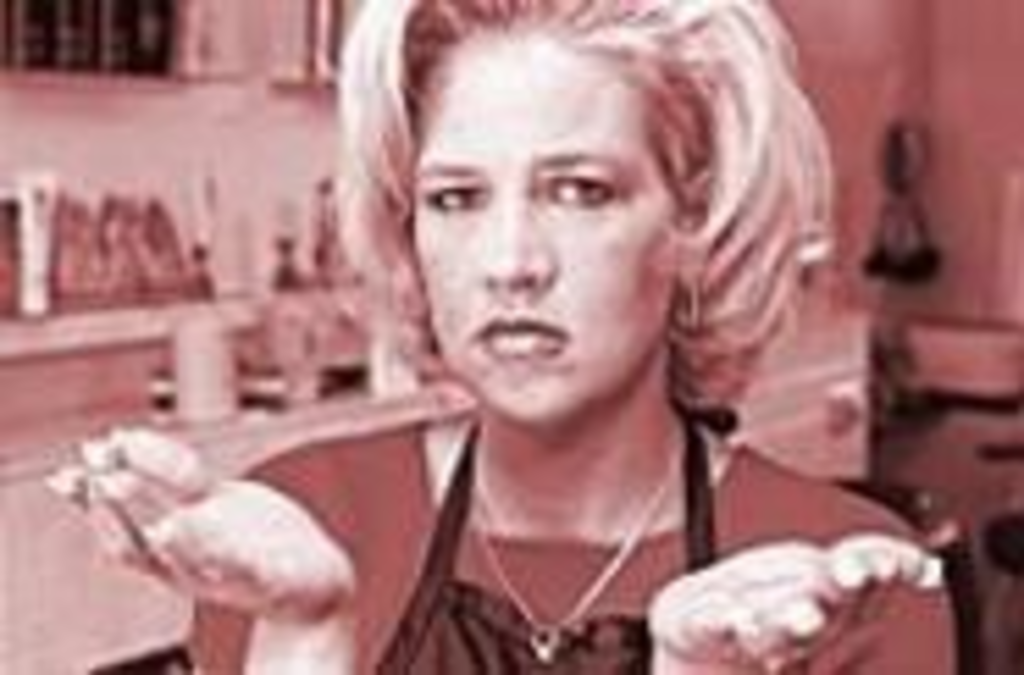 Susan and Dennis Diviak were married on May 31, while Dennis was incarcerated in the Western Missouri Correctional Center in Cameron, Missouri. After serving four years of a five-year sentence for breaking and entering, he’s scheduled to be released next March 25.

Susan Diviak has a court date of her own. The Federal Court of the Western District of Missouri has finally scheduled a trial for her suit against the Cameron facility. The ruling came August 16 — after almost a year, a series of complaints, and a lawsuit to get Missouri and its Department of Corrections (DOC) to address problems caused by a typewriter-size drug- and explosive-detection device called the Itemiser.

Diviak’s fight against the DOC has consumed her life since August 27, 1999. That was the day she went to visit Dennis, and guards ran the Itemiser’s pad over her hands, arms, and clothing — and the machine detected traces of cocaine. She thought the machine was wrong and explained to the guards that she didn’t use drugs and had no contact with anyone who did. She asked them to search her, but they said they didn’t search visitors. Prison officials turned her away without letting her see Dennis and asked her to bring medical records the next time she came.

“They told me if I tested positive again, I would lose my visiting privileges for six months,” she says.

Fearful of not being able to see her husband, Diviak had two different labs perform blood tests and urinalyses, and she procured doctors’ statements and medical records for her next visit, on September 1. But again she tested positive. After she showed her documentation, the guard ran two more tests, both with negative results. But a week later, she tested positive again and could not visit Dennis until March.

Diviak says the Itemiser is a tool of intimidation. She couldn’t appeal the test or its consequences. Prison officials never questioned the accuracy of the machine, although it had been out for service two times last summer. In addition, prison officials record the test results and make them available to law enforcement agents during investigations.

“They want to identify users — and only to frustrate inmates who can’t see their relatives,” Diviak says. “(If the DOC wanted) to be fair, it would use this on everything and everybody coming in and out of the prison. And they don’t.”

Kevin Cassidy, owner of Electromax International, a Houston-based distributor of the $64,000 Itemiser, says the device can detect individual particles of drugs — to 300 parts per billion on the pad. But drugs touch nearly everything in public space — much of the country’s money supply, for example, holds traces of drugs. “Taking money from an ATM could sully hands and, by extension, clothing, purse, hair, and face,” Cassidy says. “Drug particles can rub off on car seats, doorknobs, even the steering wheel of a car. But the Itemiser is so sensitive, a person who stood at bus stop with a dope smoker could test positive.”

The DOC has misused the machine, he says. “The Itemiser is for testing briefcase and luggage handles and seams, not people. Even so, a positive test should only indicate the need for a further search. If they asked me to use the pad on anything but my fingertips, I wouldn’t do it. The machine is no good for that.”

Cassidy says specialized sniffer devices are more accurate than the Itemiser for use on people. In addition, all items and people that come and go from the prison, including trusties doing lawn and cleanup work, should also be tested. “If you don’t, you are targeting one group of people that may or may not be liable for drugs in the facility.”

DOC spokesman Tim Kniest says Cameron’s Itemiser is the only one the state agency owns, and not every person or item entering the prison is tested for drugs, as visitors are.

After her positive tests, Diviak contacted Kansas City civil liberties lawyer Kevin Jamison and filed a complaint with the prison superintendent, Steve Moore. Jamison tried to work out a deal with the DOC to prevent Itemiser results from being the only reason visitors aren’t allowed to see their inmate friends and relatives, but to date he has received no reply from Moore.

But Diviak’s complaint, along with those of more than 50 other visitors, sparked the state’s Joint Committee on Correctional Institutions and Problems to hold hearings in October 1999 and February of this year. The DOC claimed that from February to September 1999, dirty inmate urinalyses dropped from about 13 percent to 9 percent because of the Itemiser. But during the hearings, department officials failed to report that four members of the prison staff had been arrested around that same time for dealing drugs at the prison. The hearings also revealed that Moore calibrated the machine daily but was not trained to use the device and that guards could recalibrate the machine to be more or less sensitive between visitors.

As a result of the first hearing, the DOC agreed to stop using the machine for 30 days, pending the results of the Joint Committee’s investigation. The committee has not completed that study, and the machine remains idle.

But the DOC’s lack of response prompted Diviak and Jamison to file a class action lawsuit with 23 members in federal court on January 3. Diviak represents the class. The suit seeks to stop the use of the Itemiser as the only reason to keep visitors from seeing inmates.

In February the court ordered mediation, Jamison says. But the Missouri Attorney General’s office has not responded to his repeated requests to start the mediation process and has twice filed petitions to dismiss the case. (The attorney general’s office did not return calls for this story.) So far, the court has upheld the validity of the case but has whittled down the class and limited the issues related to DOC policy.

Jamison has asked the court to appoint a mediator. “I don’t expect that it will go anywhere. They are determined to yield no ground,” he says.

“Drugs are in prison,” he adds. “They have to be controlled. But to take the word of the machine as the decision on whether a visitor gets to see a relative is ludicrous. We have some people in the class who are old and may not see their people get out of prison. They are on prescriptions, they are driving hundreds of miles to see their sons.”

Kniest says the Itemiser won’t be used until the Joint Committee finishes its investigation, probably later this year. He says that the arrests of the four prison staffers last year could have contributed to the drop in dirty urinalyses; prison officials have not studied whether dirty urinalyses have increased since the Itemiser was idled almost a year ago.

Susan Diviak’s lawsuit against Cameron is scheduled for trial April 2. But even the court date is problematic. Because Dennis is scheduled for release on March 25 — one week before April 2 — it could force Diviak out of the case. “But we have others in the class who are willing to step up,” Jamison says, “and more paperwork in a case riddled with it. The DOC and the state have done everything to keep this from moving forward on its merits. Fortunately, the court keeps ruling that we have a case, and we will win it.”