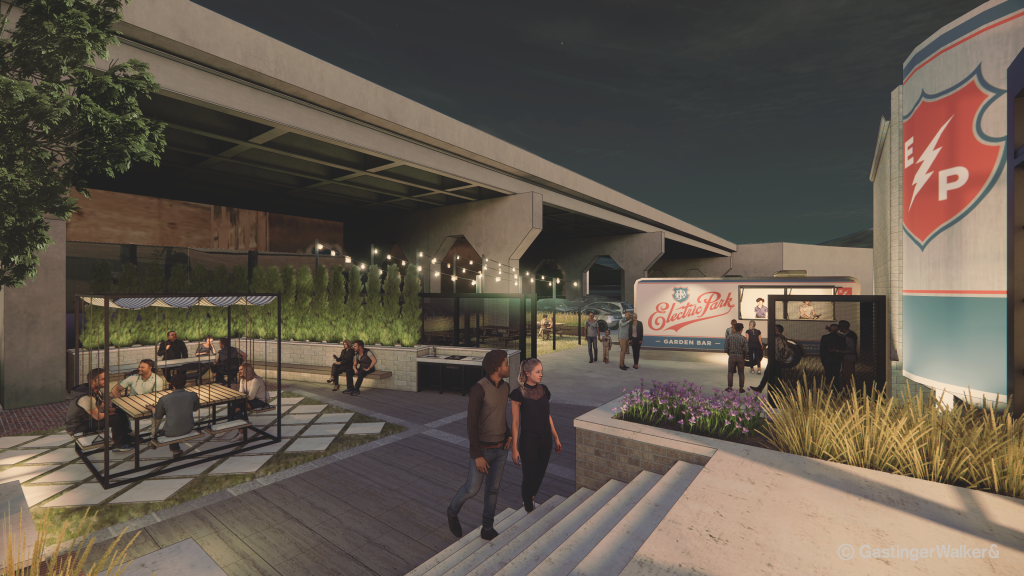 Well, we should preface this by saying that the amusement park, which was built in 1899 and once located a block away from J. Rieger & Co.’s current East Bottoms distillery, is no longer in operation.

Because of Missouri’s Prohibition laws at the time, the original J. Rieger HQ was forced to close its doors in 1919. And the amusement park—known for general revelry and a fireworks show at the close of each night—was shut down for similar reasons in 1906.

However, as a nod to the historic Electric Park district in East Bottoms, the distillery today announced an addition to the current sitch: Electric Park Garden Bar, opening in fall.

A nod to our neighborhood’s history, the amusement park stood a block from our current distillery from 1899-1906.

Frozen and draft cocktails, boozy snow cones, cocktail floats, and theme park-inspired eats by Executive Chef Jordan Hayes are all in the works. Now the question becomes: whiskey or gin? J. Rieger distills both, along with Caffè Amaro coffee liquor and 100% wheat-based vodka.

Electric Park Garden Bar is in good company—the distillery already houses The Monogram Lounge and The Hey! Hey! Club, a basement hideaway that carries its own peculiar account of Kansas City history.

The new space will be open from April to November, but a glass-enclosed atrium connecting the tasting room will stay open year-round and follow tasting room hours. Even if nights are too cold for patio beverages, folks can still vibe in the atrium lounge. 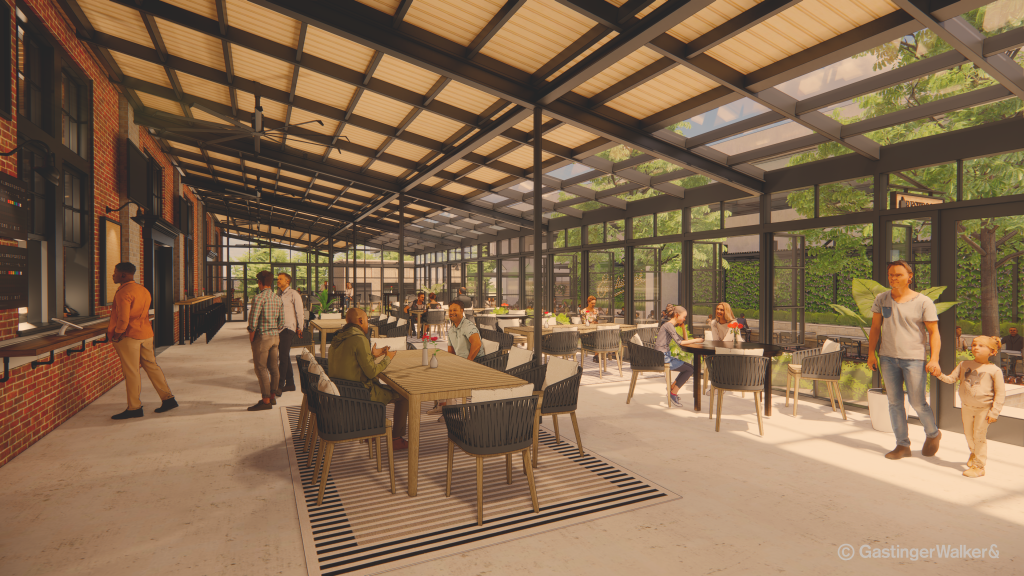 The atrium can be open-air or fully enclosed, weather permitting. // Courtesy GastingerWalker&

“Electric Park Garden Bar was always a part of our original plan for the distillery campus,” says Andy Rieger, Co-founder and President at J. Rieger & Co. “We really wanted to create a fun, energetic, and large outdoor gathering space that has the same level of excellence in food, beverage, and design that our guests have enjoyed in our indoor spaces since 2019.”

Keep an eye out for fire pits, swing set tables, and a rentable pergola for large groups. Best of all (arguably), you can bring dogs on leashes. 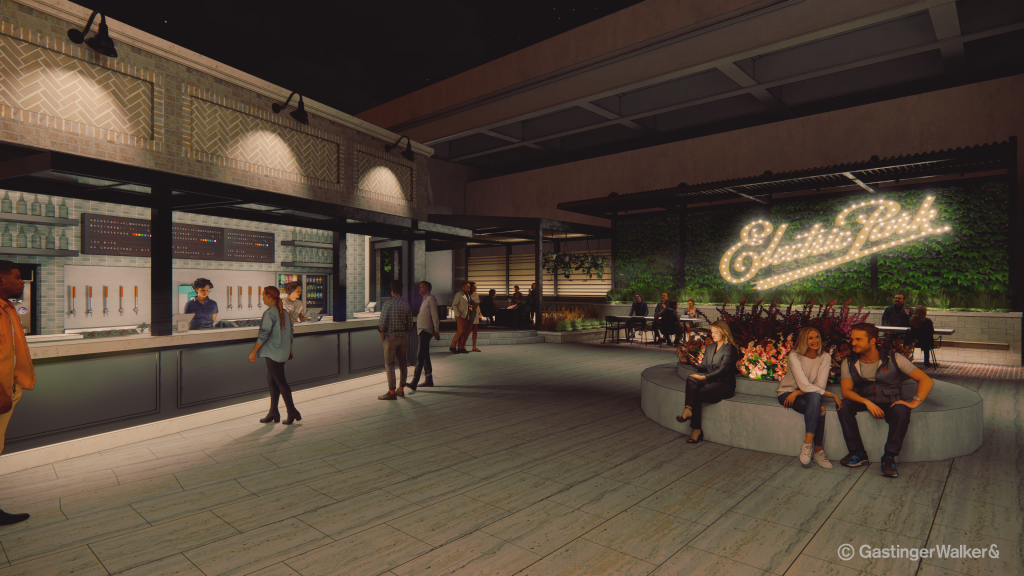 And here we thought there’d be a party in that pre-Prohibition tunnel Andy Rieger and team found behind one of the distillery’s brick walls in 2017.

Call us, Andy—we have ideas.