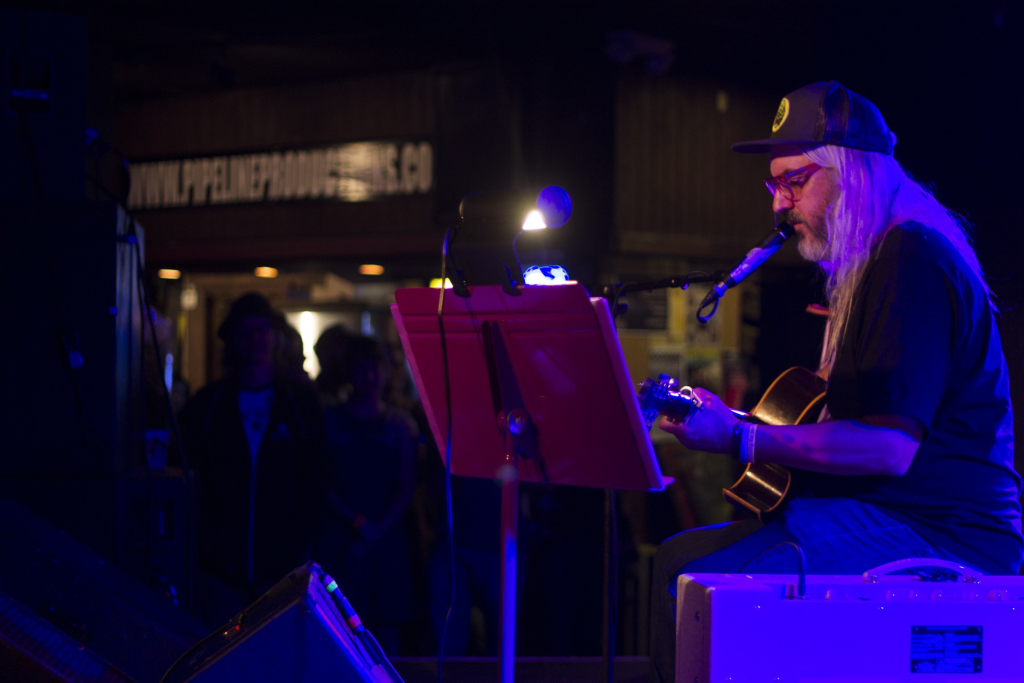 J Mascis’ career is one full of volumes – yes, a breadth of work – but also volumes. Dinosaur Jr. made a name for itself over the past few decades with a wall-of-sound, bleeding-eardrums kind of rock ’n’ roll. Mascis’ newer solo career sits on the opposite spectrum, pairing his songwriting with acoustic guitars and clean solos.

The solo show at the Bottleneck Tuesday night saw all sides of his 30-plus year career, but unfortunately the juxtaposition of screaming-guitar Mascis and acoustic-singer Mascis didn’t always land.

The set started strong to a decent sized crowd, with the openers (and highlights) of his two solo records – “Listen To Me” and “Me Again.” Both were given the acoustic treatment and while still upbeat lent themselves well to the crowd.

That’s when things got a little, well, awkward. Halfway through an interesting (in a good way) clean version of Dinosaur Jr.’s “Little Fury Things,” Mascis kicked his guitar into overdrive and took the crowd by surprise, pounding out the chords at a arena-rock level. While a surprise kick in the pants seemed to grab the crowd at first, after a few seconds it settled in that it unfortunately just didn’t sound that great.

Mascis and Dinosaur Jr. succeeded with their wall of sound because of how full and total it was. But removing the band from the equation left Mascis seemingly naked with his guitar and Big Muff without anything to ground the squeal of distortion.

At times, the full power of Mascis’ guitar totally worked. During “Every Morning” he looped his rhythm and whipped out a signature solo that had all the dads in the crowd high-fiving, deservedly. He closed the set with the Dinosaur Jr. classic “Alone,” where he slowly built the song to a crescendo that swept up the audience in a sea of distortion before they knew what hit them. His voice modifier also gave some songs an added layer without taking too far a leap, especially on the Dinosaur Jr. track “On The Way.”

But more often than not, the rough transitions from the clean and poppy Mascis to the rock-your-socks-off Mascis were just clunky. “Pond Song” started as a gorgeous guitar piece, letting you hear the intricacies sometimes lost in the grungy wall of Dinosaur Jr., but it was quickly buried by the sloppy distortion. 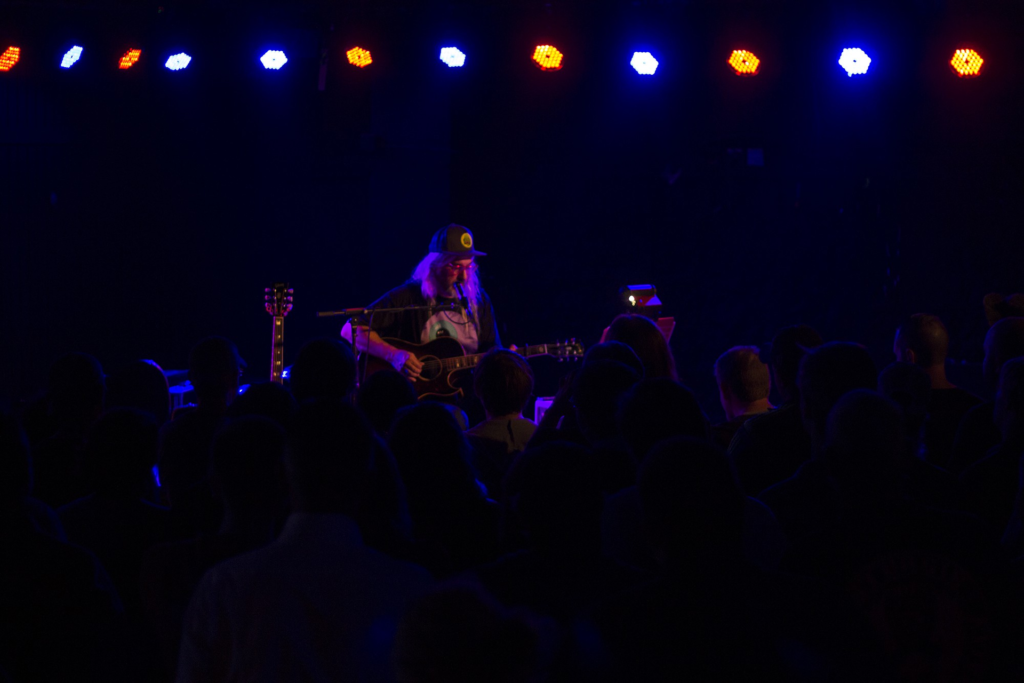 These choices paired with awkward mid-song tuning sessions and a couple trouble spots with his looper left the set feeling disjointed, with quick highs and lows but no real flow.

Luckily, the highs were spectacular. Outside of the aforementioned solos (which, let’s be honest, is why most people go see a J Mascis show), the cover of Mazzy Star’s 1990s classic “Fade Into You” was a gorgeous moment in the set, showcasing everything there is to love about Mascis as a performer – the soft, unassuming voice and the well placed and perfectly emotional guitar solo. Similarly, the encore of “The Wagon” (which was suggested by the crowd) showed off a veteran performer who knows how to please a crowd. The song was paced to a perfect build that closed the night.

Throughout the night Mascis was a man of few words, only stopping briefly in between takes to thank the crowd. But he delivered a decade-spanning setlist that a fan of any generation would love, even if the line between his different iterations seemed to devolve at times. But hey, if the king of indie rock guitar wants to kick on the distortion, who’s going to stop him?

Leftovers: Luluc killed it with a gorgeous opening set of acoustic harmonies and cute Australian-accented stage banter. Also, unrelated, I’m usually all for the couple people in front who try to mosh as soon as the distortion kicks in (Yeah! Get it!), but you really lose credibility when the performer’s sitting down.