It’s game on for Elle, a revival rumpus for Miller’s Crossing, a rare Ocean Waves sighting at Screenland Armour, and Peter Jackson at his glory-est and goriest 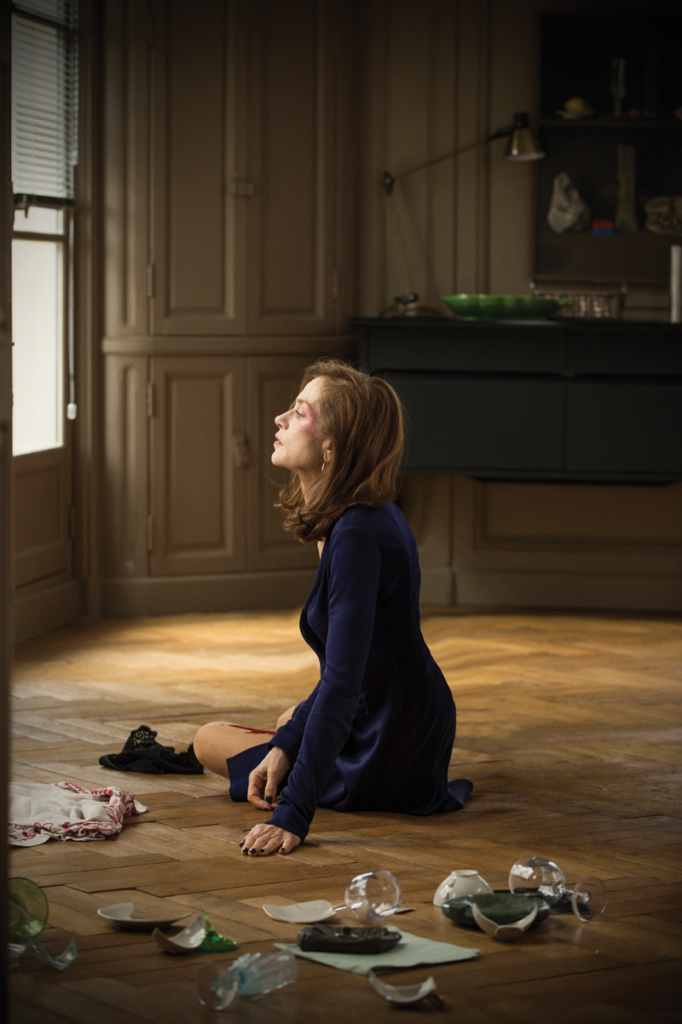 Colony, a USA Network sci-fi show about the human-led resistance to an occupying alien force, is back tonight for its Season 2 premiere. Josh Holloway (remember Sawyer from Lost?) and Sarah Wayne Callies (remember Rick’s wife on The Walking Dead?) are a married couple who split strategies — he’s working to undermine from within, while she goes rogue with a team of rebels. Season 1 proved a solid if unremarkable potboiler, balancing family drama and plot twists. The premise, however, of fighting back against a hostile takeover while under constant surveillance, will probably have more resonance as 2017 continues. I’m DVR’ing the season to binge in its entirety in a couple months.

Since its debut at the Cannes Film Festival last summer, Paul Verhoeven’s Elle has been the subject of much controversy. This dark and twisty thriller, set in modern-day Paris, turns on its ear the traditional image of a powerful woman, and makes zero apologies for its sledgehammer approach. Isabelle Huppert is fierce as a video-game company CEO, and the script revels in subverting expectations at every turn. Because Elle is a critically acclaimed, foreign-set film starring a venerable actress, it gives me a special kind of thrill knowing that a movie this perverse will likely attract Tivoli patrons expecting a safe, Exotic Marigold, feel-good kind of ride. Elle opens at the Tivoli today.

With all the attention that Golden Globe winner Casey Affleck is getting for his nuanced lead performance in Manchester by the Sea, now is a great time to look (or look again) at Ain’t Them Bodies Saints, an underviewed romantic drama from 2013. Affleck plays an escaped convict from Texas, and Rooney Mara is the wife he tries to reconnect with in a film so gorgeous it may make you swoon. Ain’t Them Bodies Saints was only the second feature from director David Lowery — who also scored in 2016, helming Disney’s stirring remake of Pete’s Dragon — but the lush cinematography and hypnotic tone reveal a filmmaker confident beyond his years. Stream Ain’t Them Bodies Saints on Netflix now.

Only hobbits who are pure of heart should attempt the 12–hour-plus marathon of Peter Jackson’s extended-edition Lord of the Rings trilogy at 11 a.m. today at Alamo Drafthouse. Included in the ticket price are eight different Boulevard beers to rule them all. If the traditional heroic quest isn’t your thing, give LOTR the high hat for a dose of Gabriel Byrne’s Prohibition-era anti-hero Tom Regan at today’s free 1:30 p.m. screening of the Coen brothers’ quirky 1990 gangster classic, Miller’s Crossing. It’s part of the Searching the Psyche Through Cinema series at the Plaza Branch of the Kansas City Public Library, so it will be followed by a discussion led by Marilyn Metzi and Kansas City Art Institute assistant professor Trey Hock. Trust me, it’s worth it alone for the hilarious and touching career-best scenes featuring recently departed character actor Jon Polito.

Tonight the Screenland Armour is showing a Studio Ghibli double feature that should please both the most dedicated and the most casual fans of Japanese anime. It starts at 6:30 p.m. with a newly restored version of the rarely seen 1993 television movie Ocean Waves, which was the first Ghibli product not directed by masters Hayao Miyazaki or Isao Takahata. Still, this film has the same graceful storytelling style that marks the studio’s best-known works. At 8:15 p.m., celebrate the fantastical design and surreal tone that make Miyazaki so distinctive with his Oscar-winning 2003 classic, Spirited Away. Tonight is a big-screen experience that the whole family can enjoy.

The closest I ever came to literally retching during a movie was when I rented Peter Jackson’s slapstick, next-level gorefest Dead Alive on VHS sometime in the early 1990s. The picture quality was fuzzy at best, but the sight of dozens of rat–monkey infected zombies getting mowed down in graphic detail by a lawnmower-wielding maniac was enough to cause some serious dry heaves. Tonight at 7, you can experience that same feeling, this time with a gut bursting with all-you-can-eat barbecue at Alamo Drafthouse’s Flesh Feast. My heart bleeds for the poor souls who have to clean the theater after this showing.

Director Rainer Werner Fassbinder examined the frailty of human beings and class struggle in a whopping 39 feature-length films, made over 14 years. He’s not a household name, but among cinephiles he is famous as one of the leaders of the New German Cinema movement. His 1975 tragedy, Fox and His Friends, is new on Blu-ray in the Criterion Collection this week, and if it were released today, it would no doubt be the subject of unmerciful scrutiny on both sides of the political spectrum. It’s set in a West German gay community, but it’s no life-affirming quest for equality — it’s an evisceration of that particular subculture’s short-sightedness and hypocrisy. Fox and His Friends stands out as a defiant work of art even today, and despite its languid pace, seems way ahead of its time.