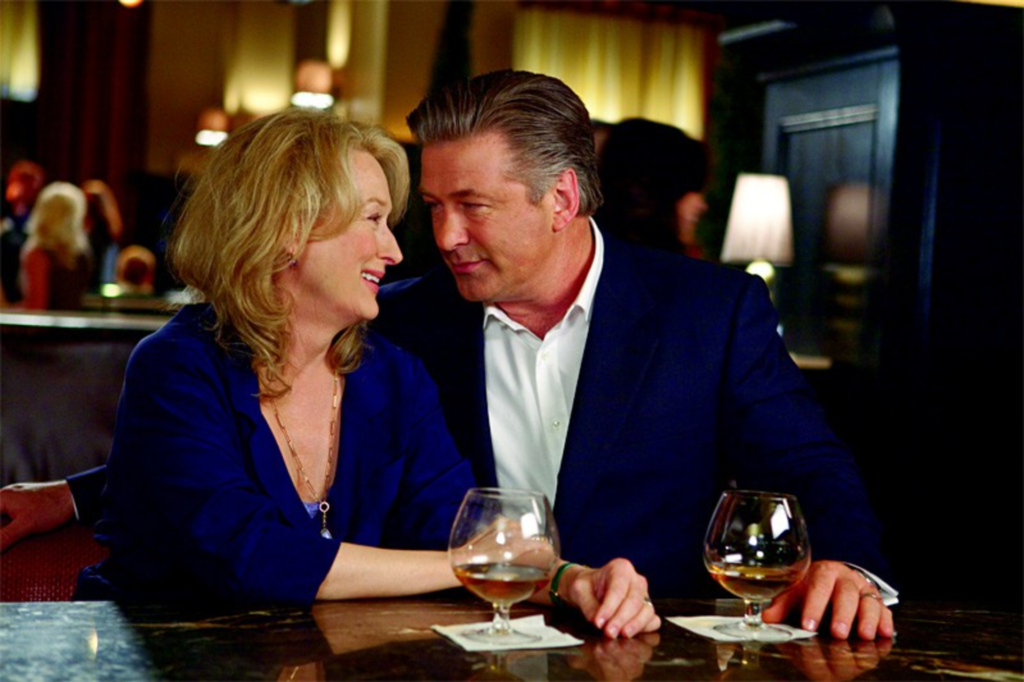 Does Nancy Meyers hate women? The thought ran through my head not very long into It’s Complicated, Meyers’ stocking stuffer about the romantic trials and tribulations of obscenely privileged and narcissistic Southern Californians.

Once more into the breach goes Meyers to show us what women really want, this time with Meryl Streep as a Santa Barbara restaurateur “of a certain age” faced with a smattering of life-altering crises: the fading of her youthful visage; the empty nest as her youngest child departs for college; and, in willful defiance of the down economy, an impending addition to her already enormous home. (But won’t that make her empty nest emptier?) She is also, like most of the female protagonists in Meyers’ films, a highly strung, self-pitying, sex-starved nag defined expressly by the men in (or out of) her life, despite her resolve to be an independent woman. It’s complicated, indeed.

Not that Meyers — a global brand whose films have surpassed $1 billion at the worldwide box office — is particularly more charitable (or honest) when it comes to her male characters, who are on hand mainly to act like pigs, usually by ignoring radiant women of their own age in favor of hot-to-trot chippies, only to belatedly realize how good they had it in the first place. Nothing if not an “auteur,” Meyers spent most of the ’80s and ’90s married to filmmaker Charles Shyer, with whom she collaborated on the comedies Private Benjamin, Baby Boom and Father of the Bride. The solo features that Meyers has made since their divorce (What Women Want, Something’s Gotta Give) have increasingly felt like poison-tipped valentines to her former partner. (Meanwhile, as if to complete the cliché, Shyer struck out on his own with the 2004 remake of Alfie, starring Jude Law as a cockney cock-of-the-walk who treats women like Kleenex.)

In Meyers’ most thinly veiled work of self-portraiture to date, Streep’s Jane Adler has been sidelined by her philandering lawyer ex, Jake (a puffy Alec Baldwin, giving a ham performance and looking like one, too), in favor of the thirtysomething Agness (Lake Bell) who, in the natural order of the Meyers universe, is a ball-busting gold digger eager for Jake to sire her child. (Cut to fertility-clinic waiting room jammed wall to wall with similar May-December “romances.”)

Watching this garish fiasco (little helped by the flat, stolid cinematography that has become the norm for American screen comedy), I found it mildly depressing to see Streep, a spry comedienne in the films of Albert Brooks and Spike Jonze, hurdling through this gauntlet of strained whimsy, her every toothy smile and throaty chortle more affected than Sophie’s Polish accent. That was before I realized that Jane’s soft-spoken, silver-haired divorcé architect, Adam, was being played by none other than the live-wire Steve Martin, in what may be the most anesthetized, emasculated performance he has ever given. Then I was really depressed.

Meyers doffs her beret to the Gauls by having Jake remark that his and Jane’s fling is “very French of us,” shortly before Adam calls up and invites Jane to a French film festival. In a French farce, the characters wouldn’t be drawn in such robust caricature, and the screenplay wouldn’t be riddled with such reductive assumptions about the battle of the sexes.

In a key moment of It’s Complicated, Jane frets over a gourmet dinner for Jake, only for him to stand her up. Cue montage of a forlorn Streep wrapping up leftovers and blowing out candles. Meyers supplies a reason for Jake’s absence, but the real explanation is this: She wouldn’t know how to write the scene in which he actually shows.