It seems everyone wants McClain Bryant Macklin to run for something 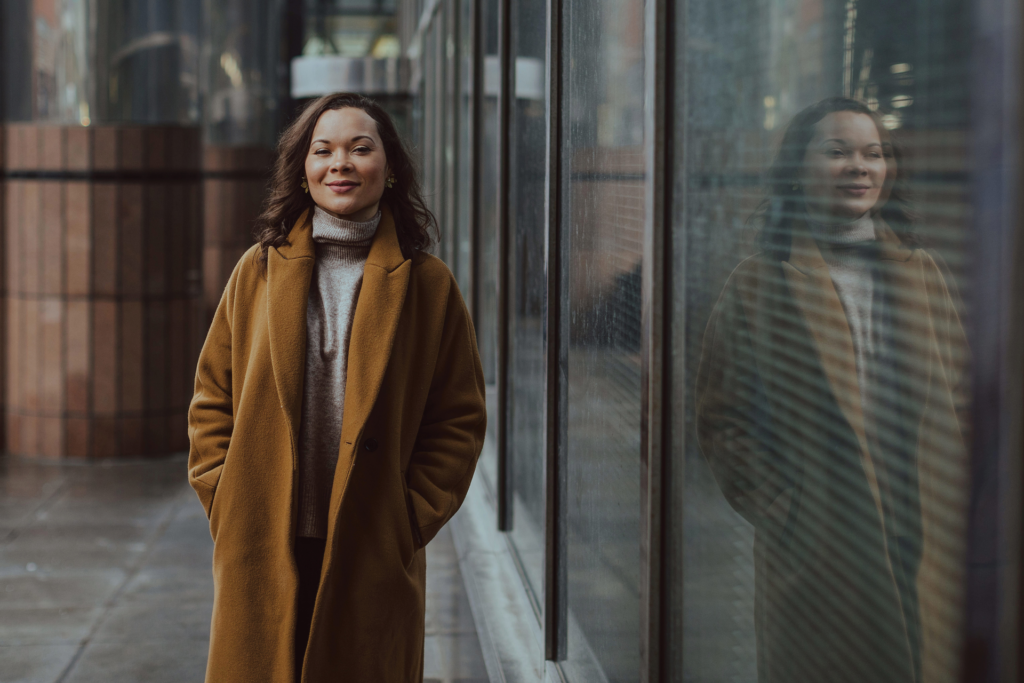 In October, up on the 26th floor of City Hall, McClain Bryant Macklin was meeting with Keslie Spottsville, a member of the Black Archives Board and an advocate for development in the 18th and Vine Jazz District. As new development marches eastward from the Crossroads, the historic district — a civic cash-guzzler, dogged for decades by mismanagement — looks more attractive by the day. Spottsville was looking for a way to emphasize younger voices in the discussion about the future of 18th and Vine. Branding would be key. Spottsville was energized.

“It’s a jewel of an asset that we aren’t capitalizing on,” Spottsville said. “It’s an international draw that should not require that much effort. I want to protect it [the district’s culture and history] but also draw in others. Are you ready to make 18th and Vine and First Friday as big as it can be?”

Bryant Macklin seemed like precisely the right audience for this kind of pitch. Most obviously, there was her title: director of policy for Mayor Sly James. But Bryant Macklin also comes from eastside royalty. Her father, Mark Bryant, was a city councilman in the 1980s and later the president of Freedom, Inc., the political club that, among other things, helped launch now-Congressman Emanuel Cleaver’s career. As Kansas City’s first black mayor, elected in 1991, Cleaver was instrumental in the early efforts to redevelop 18th and Vine. If anybody was capable of merging the rich but complicated cultural history of 18th and Vine with James’ branding-centric,  creative-class politics, surely it was McClain Bryant Macklin.

Instead, though, not a lot happened. Bryant Macklin sat back and listened, and then said, “We will try our best,” agreeing to help put together a focus group of millennials to figure out how to generate interest.

On her way out, Spottsville asked about Bryant Macklin’s plans for the future.

Actually, she didn’t even make it that long. James leaves office this summer. In January, Bryant Macklin became director of policy and research for the Civic Council of Kansas City, a quiet organization many people in this city have never even heard of. Some people, including her own father, suspected she might run for an at-large city council seat this year. Nope.

“There isn’t any question she is going to be in the upcoming generation’s leadership corps,” Cleaver tells The Pitch. “I just don’t know what she will want to do.”

Growing up in the cradle of Kansas City eastside politics, Bryant Macklin got an early education in ideas about civic responsibility. While her father advocated for policy on the city council, her mother, Rosemary, Batey, worked with neighborhood associations, helping establish Troostwood. Many Saturdays, Bryant Macklin would be out posting yard signs. She was friends with the children of Missouri state legislator Mary Bland as well as Cleaver’s children (“He was like an uncle to me,” Bryant Macklin says of Cleaver.) It was a group of kids that worked the precincts as soon as they were out of the crib.

“It was explained to her that every citizen has an obligation to participate in the democratic process and that very few people do, but if they do participate you have the ability to impact people’s lives so to get involved and stay involved,” Mark Bryant says.

She went to law school: George Washington University, in D.C. She did an internship on Capitol Hill and briefly considered becoming a lobbyist. The plan was to stay out east; Kansas City wasn’t looking very appealing. Then her dad suggested she return to her hometown, telling her he saw new opportunities in KC. In 2007, she took a job clerking at the law firm Husch Blackwell. Stylish by nature, she started hanging around Method, an upscale men’s clothing store owned by fellow Husch clerk David Lloyd and Shomari Benton. (She helped select the women’s inventory.) Lloyd says he thought of Bryant Macklin as reserved until he got to know her.

“We would go to these big events for the law firm and nothing seemed to phase her,” he says. “In a non-climber way, she is really driven.”

Bryant Macklin’s community background helped her connect with Sly James, whom she met while she was practicing law.

“[His] reputation preceded him,” she says. “He was a legend among minority associates.”

During a break on a case James was mediating, Bryant Macklin approached James and told him about her Freedom Inc. background. She mentioned she was interested in modernizing the political club and establishing a younger base.

“She was in touch with a different demographic than I was — hanging around the younger folks,” James says. “I knew that she could help in that regard.”

When James decided to run for mayor, Bryant Macklin, Benton, and Lloyd organized campaign fundraisers and invited their friends, many of them young professionals. After James won, in 2011, he appointed Bryant Macklin to be his policy director, serving as liaison between his office and various departments.

Over the last eight years, she’s worked on a variety of issues: housing, immigration, transportation. One of the things she’s most proud of is co-drafting a digital-equity strategic plan for the city. Her work involved finding revenue sources and designing a program for donating surplus equipment to refurbish for low-income residents. She helped to promote and pitch the KC model to other cities.

“It helps ensure residents are equipped to take part in the digital economy and find ways for residents get connected to broadband,” she says. “We made a lot of progress and we have to keep on maintaining that progress so that it reaches all parts of the city and that it’s equally shared among residents.”

“She has done wonders in trying to bridge the digital divide [between] public, government, and private business, and [worked for] digital literacy on both sides of Troost,” James says.

Cleaver is right: a new generation of political leaders in Kansas City is beginning to take shape. You can see it in the upcoming mayoral and council races, which feature several serious candidates from the millennial generation. And it’s right there on social media, where eager and engaged civic voices can make themselves heard without seeking permission and favor from gatekeepers.

Bryant Macklin doesn’t really fit snugly into either of these descriptions. She’s largely behind the scenes, preferring to view herself as a quiet unifier. At an Urban Summit meeting in late September in the Northeast, Bryant Macklin sat off to the side holding her then-three-month-old son Micah on her lap.

“I go [to these meetings] every Friday to stay abreast on what might impact the black community,” she told me. “They are the eyes and ears to the streets, and I go to make sure I am aware.”

Cleaver still attends the occasional Urban Summit meeting and says he often sees her standing to the side.

“A lot of leadership is showing up and being there and not trying to inch your way to the front of the room,” he says. “She doesn’t say, ‘Look at me.”’

In small ways, Bryant Macklin has begun to dip her toes into more political waters. She’s served on the boards at KC Parks and Rec, Mattie Rhodes, Jewish Family Services, Calvary Community Outreach, Swope Health Services, and Women’s Leadership Forum (which is, notably, part of the Democratic National Committe). “She has given us well rounded advice and she has such a broad network,” says John Fierro, president of Mattie Rhodes.

She also was appointed to the board of Metropolitan Community College after another member moved out of the district. MCC made a lot of sense for Bryant Macklin, as workforce development was an area she focused on at the mayor’s office. But when she came up for reelection, she lost to Cindy Adams. It’s just as well, Bryant Macklin says. She married in 2017, to Joseph Macklin, a music producer who has worked with Justin Bieber, Jill Scott, and Ariana Grande. And motherhood has made her more conscious of how she spends her time. “I’m narrowing my focus,” she says.

Likewise, she passed on running for city council this time around. “It would be difficult for me to be the kind of candidate and run the kind of campaign right now with [my son] being so young,” she says.

Hence, the Civic Council — a post that will put her in closer contact with the corporate community’s priorities (and money) as opposed to street-level neighborhood policy.

“Long term, I want to continue to serve the community,” she says. “I hope there are a bunch of opportunities that come my way. My goal is to just keep working in, and with, the community, and advancing community interest, and making my city better.”