It looks like Uber will stay in Kansas City, after all 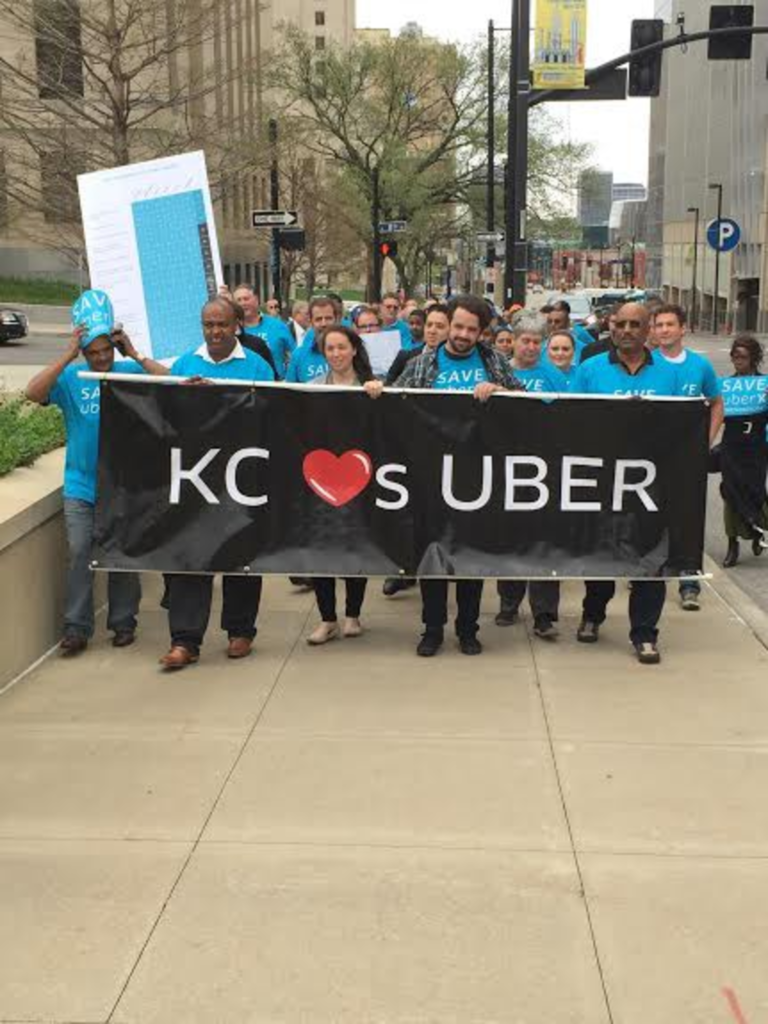 A compromise has been reached in the debate over how transportation-network companies like Uber and Lyft can legally operate in Kansas City.

The KCMO City Council last night approved new revisions to the taxi ordinance that appear to clear the way for Uber drivers to continue working in the city.

Uber hailed the move. In a release, Uber’s general manager for the KC area, Andy Hung, said: “Kansas City is a destination of choice for tech companies and today they showed why. We applaud the Mayor and the City Council for their leadership that will ensure Uber can continue to grow, create jobs and provide safe rides in Kansas City for years to come.”

Mayor Sly James, last seen chewing out Uber’s representatives at a City Council meeting, appears to be feeling cheerier about the whole thing.

“We’ve said all along that Uber and all tech-driven ride-hailing companies are welcome in Kansas City as long as we ensure that residents and visitors are transported safely,” James said. “After the ordinance passed on April 9, I contacted Uber to see if we could find common ground, and I’m glad we got there for the entire industry.”

As I noted in an editorial last week, the city had previously knocked down the upfront costs for would-be Uber and taxi drivers from $400 to under $200 — $100 for a permit fee, $50 for a driver’s certificate and $12.50 for an occupational license — provided that companies like Uber pay the city an upfront annual flat fee of $40,000. Uber balked at this concession.

The ordinance as passed yesterday raises the annual flat fee to $45,000 but drops the $100 permit-fee requirements for drivers altogether. A new Uber driver would only need to obtain a driver’s certificate ($50) and an occupational license ($12.50) — a total of $62.50 to get up and running.

Uber had also previously opposed sharing internal background checks on its drivers with the city. This new ordinance requires Uber to submit those to the city so it can have the information on file. And the checks must also meet Kansas City’s “established requirements for public safety,” according to the city’s news release on the ordinance, which you can read in full here.

Bill George, owner of Yellow Cab and zTrip, says, “It’s exactly what our goals were with this. The city is recognizing that we’re in the exact same business. The provisions apply across the board to taxis and TNCs. And they’ve reduced permit fees, which saves us money, too, so no argument there. We’ve said all along we’re onboard as long as you treat us all the same.” He says the new ordinance will allow his company to use an unlimited number of 1010 Taxis to respond to zTrip requests in KCMO.

“Apps are the way the market is going,” George says. “zTrip is our app, and these changes are going to allow us to grow in Kansas City.”

A representative for Lyft was not immediately available for comment on whether the company plans to re-enter the market given these new developments. We’ll update if we hear back from Lyft.

Where should your Kansas City wedding be?