It hasn’t been Mary Pilcher-Cook’s year — and her opponent, Vicki Hiatt, knows it 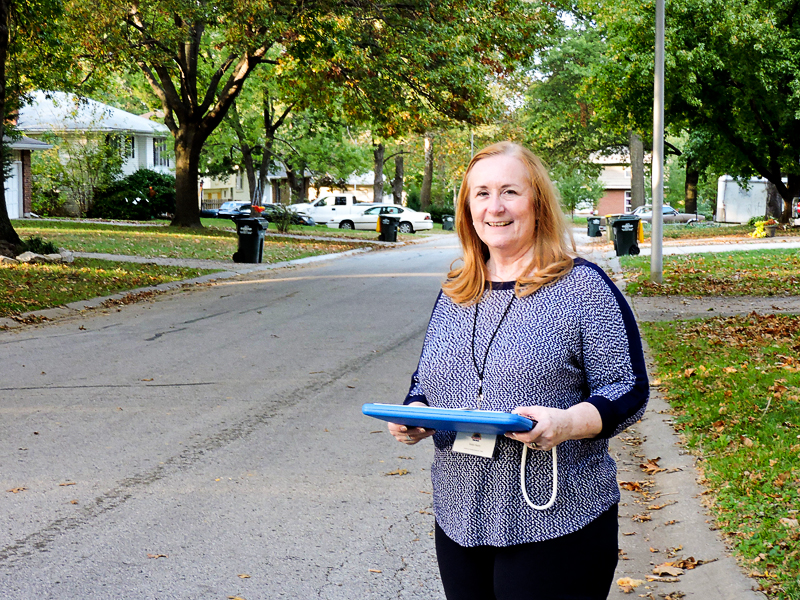 Mary Pilcher-Cook has served 14 of the past 16 years in the Kansas Legislature, and she has been uniquely consistent: In all that time, her fascination with the sex lives and reproductive choices of Kansans has never waned.

In 2014, the cultural warrior from Shawnee invited two pregnant women and a sonographer to a Senate committee hearing so that other senators could observe a sonogram procedure. “Isn’t technology fantastic?” Pilcher-Cook chirped afterward.

Other hits from the notorious MPC include her attempt to outlaw surrogate pregnancies, her assertion that long-term birth control is a form of eugenics, and her push to jail schoolteachers who expose students to sex-education materials that some people (that is, Pilcher-Cook) deem objectionable.

Escapades such as these have frequently vaulted Pilcher-Cook, a Republican who has served six years in the Kansas House and eight in the state Senate, onto the national stage. She has done more than her part to keep the Sunflower State filed under K-for-Krazy in the American imagination.

But candidate Vicki Hiatt doesn’t talk about those antics when she knocks on doors in the Republican-leaning neighborhoods of Shawnee. Hiatt, a Democrat, sometimes doesn’t even mention her opponent by name.

“OK, you’re a Republican and I’m a Democrat,” she told an older man at the door of a modest home in the older part of the suburb. “But what do you think about Sam Brownback?”

Now there’s an ice breaker. Residents who don’t fixate on the Kansas Legislature’s looniness might not have much of an opinion about Pilcher-Cook. But the state’s Republican governor is bigger fish in a bigger barrel: Everyone Hiatt meets seems to have strong feelings about him.

Hiatt squinted at him. “You’re for Trump?” she asked.

This was Hiatt’s opening, and she took it, eventually getting the man to tell her that he thought Brownback and the state Legislature were “turning the schools into shit.”

Here, then, was Hiatt’s cue to mention, as she does at every opportunity, that she taught school for 30 years in Kansas, that she retired four years ago, that she fears for the future of Kansas schools and children if voters don’t send people like her to Topeka to reverse the damage. If the prospective voter has time, this is also right about the moment when she happily reports that Pilcher-Cook voted for all of the “Brownback tax cuts” — was, in fact, the only senator who “voted against public education” (specifically, the school-funding compromise the Legislature approved in a June special session).

Could Hiatt’s energetic campaign, and the widespread discontent with Brownback and his wake of fiscal destruction, spell political doom for Pilcher-Cook? Will malaise and money trump Topeka’s self-appointed enforcer of Victorian-era morals?

As recently as four years ago, when Pilcher-Cook coasted to her second term in the Kansas Senate, the idea of a Democrat mounting a serious threat against her was far-fetched. The 10th Senate District, centered in Shawnee, is a conservative swath of Johnson County, ideal for a politician who long ago sewed up endorsements from Kansans for Life and the National Rifle Association. Besides those commendations, Pilcher-Cook enjoys a base of support from her church, St. Joseph Catholic Parish in Shawnee.

But two years ago, in his re-election bid, Brownback garnered only about 150 more votes in the 10th Senate District than Democrat Paul Davis managed. And this year, a slew of conservative Republicans in the Kansas House and Senate were ousted in the primary by more moderate Republicans.

One of the deposed conservatives was Rep. Brett Hildabrand, a friend and soulmate of Pilcher-Cook’s who represented a House district based in Shawnee. Tom Cox, a moderate Republican, beat him handily.

“I think people are tired of extremes on either side,” Cox tells me. The state’s bizarre tax structure — which favors wealthy income earners and certain business owners while forcing poorer residents to pick up the slack with high sales taxes and property taxes — was the top complaint Cox heard in his campaign, he says. Underfunded schools came in a close second.

Social issues, including guns and abortion? Under the radar right now. “We used to get asked about that constantly,” says Cox, who canvassed for legislative candidates in the past. “I was surprised how few people asked those questions this time.”

That bodes poorly for Pilcher-Cook, who would much rather talk about rifles and the unborn than about her support for income-tax cuts and the education of actual Kansas children.

At Pilcher-Cook’s request, The Pitch e-mailed her a list of questions about her record and her campaign. In her response, she defends her vote against the June school-funding compromise, saying the plan took $1.7 million from Shawnee Mission Schools. Reciting a page from Brownback’s gospel, she adds that his income-tax cuts are actually working, but a fallout in oil and commodity revenues has made the state’s financial picture look bad.

Pilcher-Cook’s written reply says that she, too, has been knocking on doors and listening to constituents’ concerns — which, she says, center on “schools, taxes and also protecting human rights and women’s dignity.” These folks, as far as she can tell, still like her just fine. “It has been an honor to serve as their state senator and I am looking forward to receiving their vote again.”

There have been some less-than-honorable moments this year. In February, Senate President Susan Wagle booted Pilcher-Cook from her post as chairwoman of the Public Health and Welfare Committee for attempting a maneuver designed to expose fellow senators as — gasp — Obamacare supporters. It was a humiliation that some speculated would lead her to retire. But Pilcher-Cook is nothing if not tenacious. This is a woman who escaped an abusive marriage, earned college degrees, remarried, raised five children, and crafted a political and business career. She entered election season with her name on the ballot and, at the end of July, had $55,684 in her campaign account.

Hiatt is tough, too. She taught emotionally and behaviorally disturbed children in the Shawnee Mission School District. “I jokingly tell people it’s good training for me to serve in the Legislature,” she says.

When Democrats recruited Hiatt, she started with a nearly empty campaign account. Money started flowing in after the primary, though. Reports of recent financial contributions aren’t due until October 31, but Hiatt says she has raised about $57,000 and is being supported by the Mainstream Coalition and other groups.

And in her quest to knock off the Senate’s most proudly strident, not to say flaky, conservative, Hiatt is receiving a big assist from a governor who has given Pilcher-Cook’s whole party a bad name. “If I can pull this off,” she says, “I’ll send Sam Brownback a thank-you note.”