It Ain’t Baroque: The Kansas City Baroque Consortium keeps pushing the boundaries of its chosen era 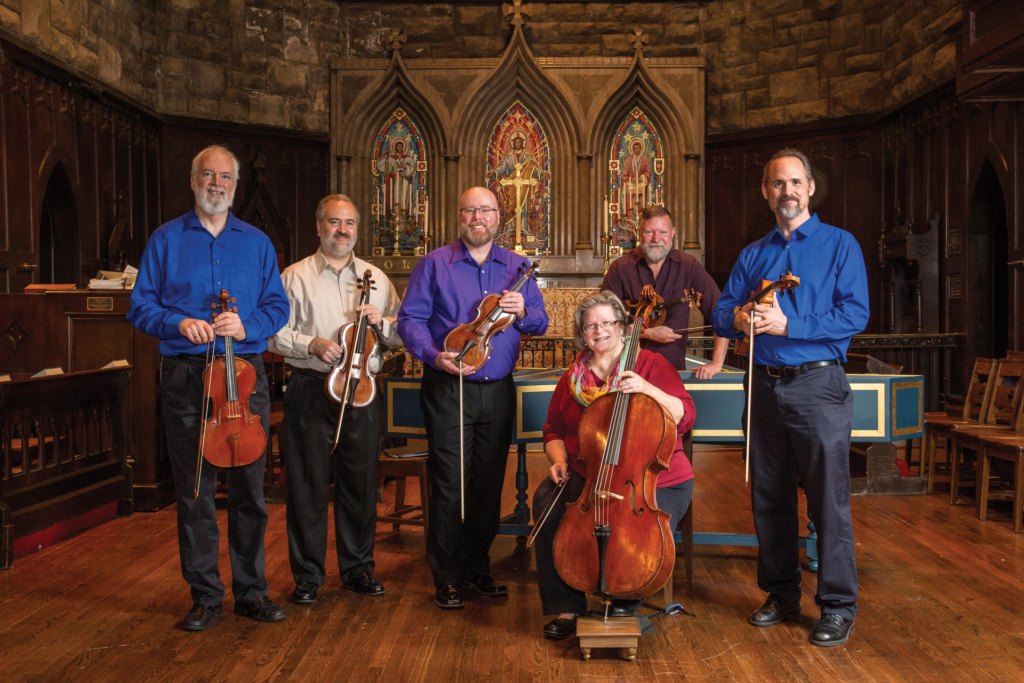 Of all the overused quotes adorning Pinterest walls, perhaps the most wretched is the out-of-context first line of William Shakespeare’s Twelfth Night: “If music be the food of love, play on.”

A closer reading — as in, read the next line— of Duke Orsino’s opening monologue reveals a less sunny worldview. And a closer reading, in more ways than one, is what you can expect during “Verona, Vienna & Versailles,” Kansas City Baroque Consortium’s second annual summer series exploring music of a specific time and place.

“It’s not until we are working with the tools of the day that a different language reveals itself,” says Trilla Ray-Carter, founder and artistic director of KC Baroque.

When Ray-Carter conceived of the idea for a period performance series, she was told it was a “boutique offering.”

“But that’s not where I wanted to go,” she says. “I didn’t want to cater to the boutique audience, because I think there’s something here for everybody. I’m really exploring those options and possibilities of what draws people in from the periphery.”

On second thought? Nix those images of powdered wigs, gilt, and elitist scholars.

That’s not a typo; it’s a sly bit of marketing to get your attention. (It got mine.) KC Baroque pairs historically informed performance (HIP) with the original pronunciation (OP) from Shakespeare’s time, inspired by the father-and-son team of linguist David Crystal and actor Ben Crystal, the foremost authorities of the OP movement.

“Something really wonderful is revealed when we go back and apply this original pronunciation,” says Ray-Carter. “You get more rhymes at the ends of lines. And subtle innuendos that were hidden with modern pronunciation are uncovered.” (Consulting on the performance is Paul Meier, professor emeritus of theater at the University of Kansas, which produced an OP version of “A Midsummer Night’s Dream” in 2010.)

The July concert propels late Baroque into early Classical, featuring keyboardist Charles Metz and his brand-spanking-new fortepiano — a forerunner of the modern piano, invented sometime around 1700. Wolfgang Amadeus Mozart performed and wrote for the fortepiano, along with the reigning bigwigs of “classical” music, Joseph Haydn and young Ludwig van Beethoven. On modern instruments, built for volume in large concert halls, much of the subtlety of Baroque chamber music is lost.

“I think [incorporating period instruments] is a fascinating way to trace the connections over time and enhance our view of what was, where we are today, and how we got here,” says Ray-Carter.

The summer’s final concert contemplates the musical world of Louis XIV, the Sun King, who reigned from 1643 (at the age of 4) until 1715. Under his rule, the arts flourished and the French Baroque style — as exemplified at Versailles — was established. The concert features works by court musician Jean-Baptiste Lully and his successor, Jean-Philippe Rameau, as well as the world premiere of a commissioned work by Anthony Maglione, director of choral studies at William Jewell College.

Departing from both the Baroque era and Europe altogether, Maglione sets text from the 12th century Sufi poet Rumi, whose verse has long fascinated and inspired Western audiences (in 2017, he was one of the best-selling poets in America).

“It’s important not to replicate or imitate the Baroque era,” says Ray-Carter. “This new music has to reflect today’s artistic language. I think that is what is important to preserve — to keep it in our contemporary language but let this sound world of the Baroque era, and [its] period instruments, inform and become a part of this new sound world.”