Is this a Ku Klux Klan hood? Vote now (poll) 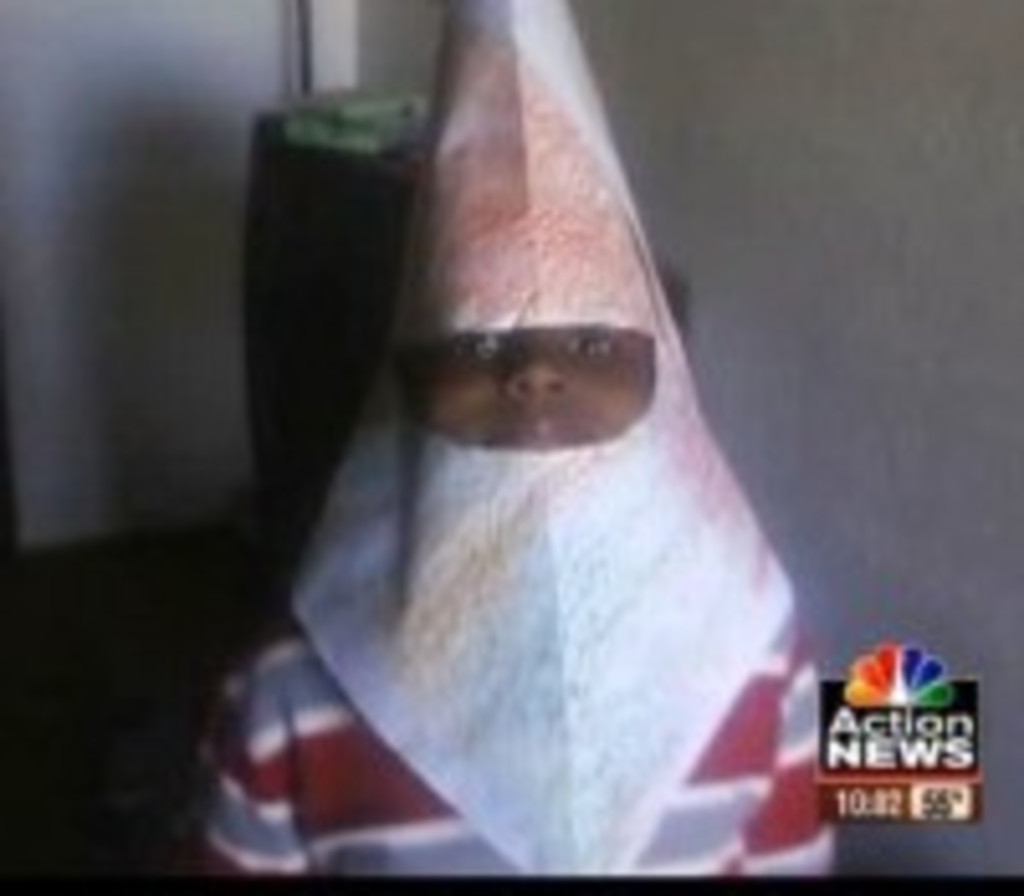 Dallas Smith created and designed “a white, cone-shaped mask” in his first-grade art class at Winfield-Scott Elementary School in Fort Scott, Kansas. He wasn’t forced to wear the mask, which looks a lot like a Ku Klux Klan hood.

Before we totally freak out, Smith is 6 years old. He also happens to be black. Nevertheless, when Barry Smith saw his son’s mask, he was “outraged” according to KSHB Channel 41’s report. He confronted the school’s principal, who apologized as did the school’s superintendent.