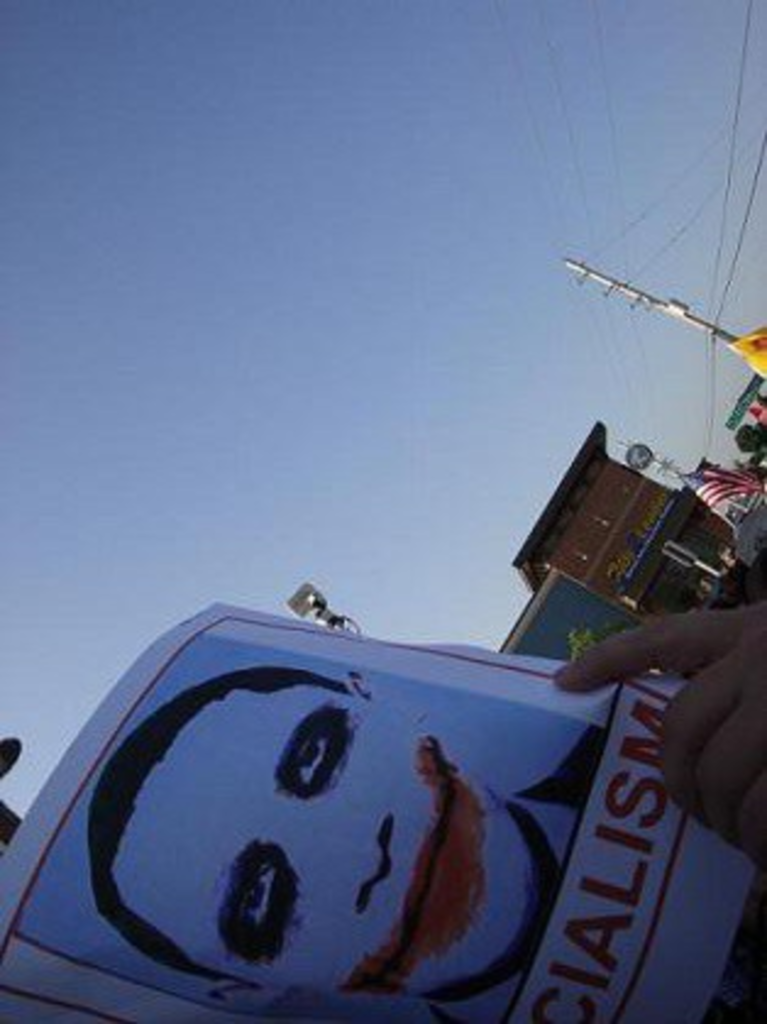 At Saturday morning’s protest, when several hundred people showed up at U.S. Rep. Emanuel Cleaver’s regular coffee with constituents to either demonstrate against health-care reform or counter the anti-healthcare demonstrators, one hardy protester (she’s the woman at the end of this video, who tells someone in the crowd that if they want socialized medicine they should go to Russia and “get the hell out of my country”) stood in the same place for nearly three hours, holding up a printout of a sign depicting Barack Obama made up to look like Heath Ledger’s Joker character in The Dark Knight.

More than once, someone standing near her told her that her sign was racist. This sent her into hyper-defensive mode. At one point, she got on the cell phone to call as many friends as she could reach, telling them she couldn’t wait until Tuesday’s meeting to tell everyone how she’d been called a racist. “Yeah, me! I’m a racist! And I’m Mexican!” she kept saying incredulously. “Yeah, I was called a racist. I’m a racist.” At one point a man standing next to her tried to clarify that it was her sign that was racist, not her, but there was no real dialogue to be had.

There was also a much bigger version floating around the crowd on Saturday. 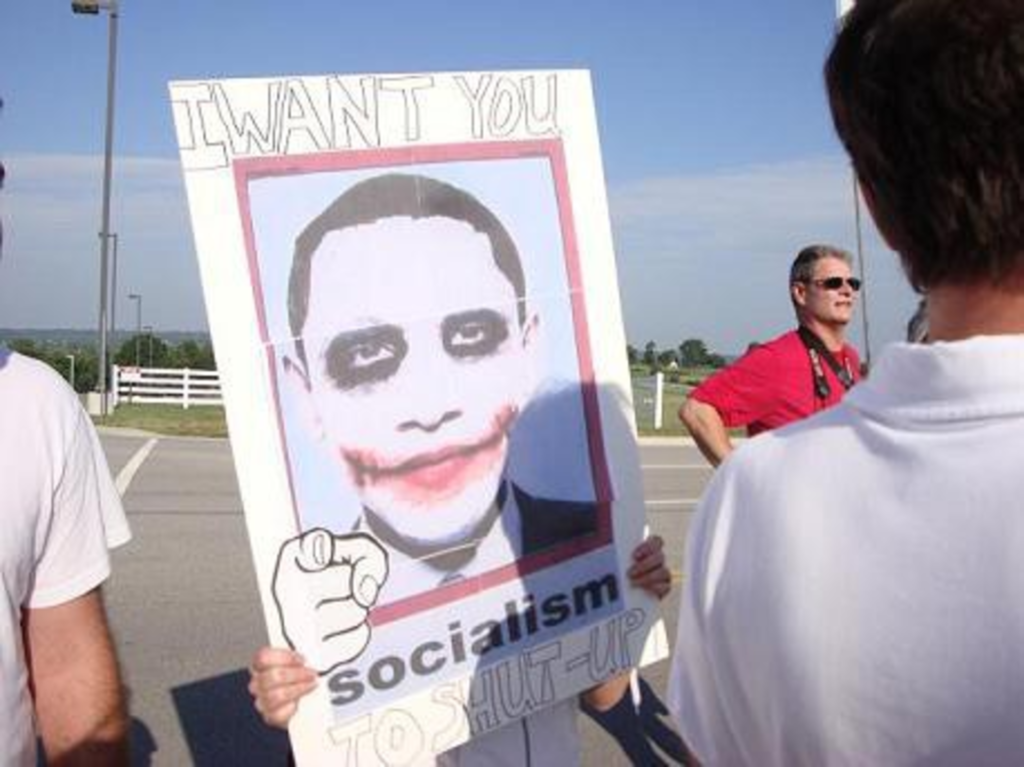 So, is the sign racist? All I know is whoever thought it up had a stroke of genius, because, yeah, it’s racist, but unlike the tradition of putting a white man in blackface — which is widely acknowledged to be racist — there is no traditional, commonly understood meaning for putting a black man in white make-up. So it’s harder to explain why it’s racist. The simple explanation: Whiteface is racist just like blackface.

But The Washington Post had to get all academic to make the argument:

Although [The Dark Knight‘s Heath] Ledger was white, and the Joker is white, this equation of the wounded and the wounding mirrors basic racial typology in America. Urban blacks — the thinking goes — don’t just live in dangerous neighborhoods, they carry that danger with them like a virus. Scientific studies, which demonstrate the social consequences of living in neighborhoods with high rates of crime, get processed and misinterpreted in the popular unconscious, underscoring the idea. Violence breeds violence…

Superimpose … the Joker’s makeup onto Obama’s face, and you have subtly coded, highly effective racial and political argument. Forget socialism, this poster is another attempt to accomplish an association between Obama and the unpredictable, seeming danger of urban life. It is another effort to establish what failed to jell in the debate about Obama’s association with Chicago radical William Ayers and the controversy over the racially charged sermons of the Rev. Jeremiah Wright.

Obama, like the Joker and like the racial stereotype of the black man, carries within him an unknowable, volatile and dangerous marker of urban violence, which could erupt at any time. The charge of socialism is secondary to the basic message that Obama can’t be trusted, not because he is a politician, but because he’s black.

Try telling all that to the folks at the Cleaver rally — and they’ll tell you that you’re a stupid, crazy liberal, and that, no, the sign’s not racist. It’s The Joker. Ha ha ha.