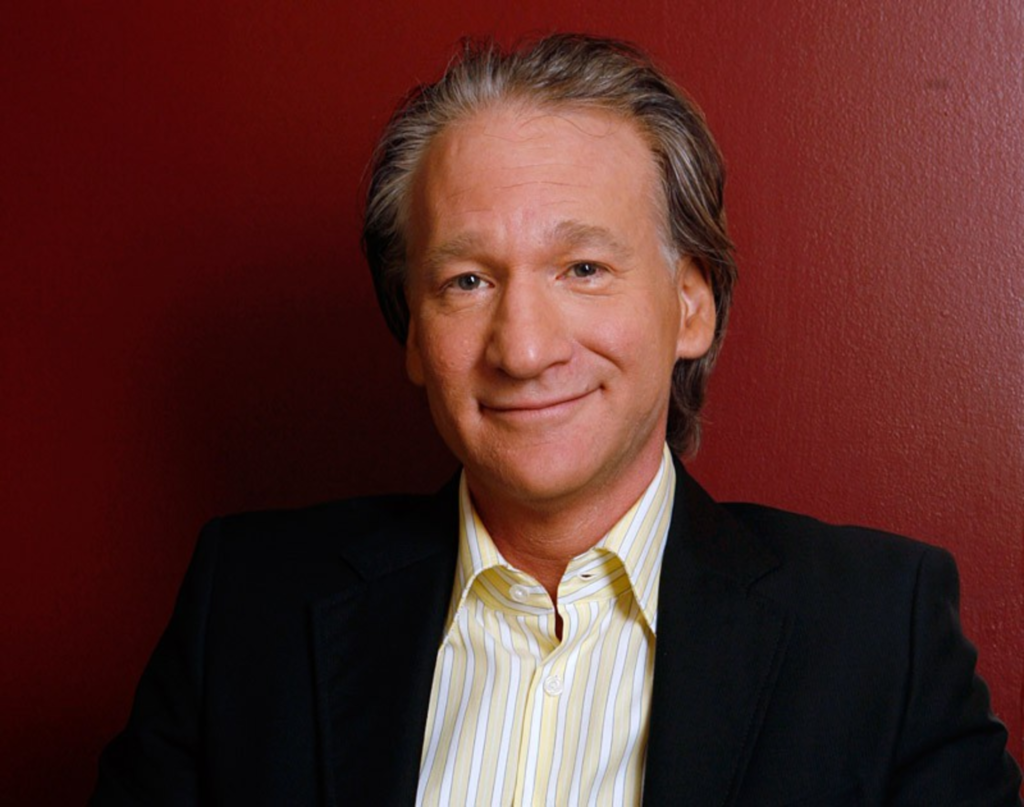 The last time Bill Maher was in this part of the Midwest, the cretins at the Westboro Baptist Church drove down to Springfield to protest his stand-up show. Saturday, Maher is making it even easier on those trolls: He’s performing in their hometown, at the Topeka Performing Arts Center. The Pitch chatted with the liberal comedian and host of HBO’s Real Time With Bill Maher.

The Pitch: I was thinking that maybe I could read you some of the charges the Westboro folks leveled at you in their press release before your stand-up show in Springfield in 2011. Then you could respond to each one individually.

Maher: Sure. Actually, today, the Catholic League put out a really long letter about all the horrible things I’ve said about the Catholics over the years. I got so many e-mails from friends who loved it that I wish I’d done it myself before. This Catholic League guy basically went to the trouble of putting out a compendium of some of my best jokes. But, sure, go ahead.

True. My mother was from a Jewish background, although I never saw her go to temple. I was raised Catholic. But, yes, half of my family is from Jewish stock. Although it’s annoying when people say, “Well if your mother was Jewish, then you’re Jewish.” So I have no say in that, because it’s a law the Romans had 1,000 years ago? That’s something we all follow? They also did virgin sacrifice. What does everybody think about that?

[Laughs.] OK, now I’m remembering this. Is this the one where they Photoshopped a picture of me where I’m praying to a devil Obama with horns coming out of his head?

Right. No, I was never interested in pedophilia. I’ve always said I could be a good pope because I have a proven record of having no interest in children.

Not at all! To a philosopher, it’s a beautiful philosophy. I mean, I’m not convinced there was ever a historical figure named Jesus Christ. But there’s certainly a lot to be said for what he preached. The idea that a common man has as much dignity as a powerful man is a truly revolutionary philosophy that I admire.

What does that mean? I drove the getaway car while somebody else raped? I don’t even know what that means, but I deny it.

Well, I certainly have the history. I paid my dues. Nobody is gonna take that away from me.

I don’t think I realized that Westboro was anti-Catholic …

Oh, yeah. That’s very traditional Southern bigotry, to not just be racist but also anti-Jew and anti-Catholic. “Papists,” they used to call them — “that whore in Rome,” they’d call the Pope. I mean, they gotta make sure there’s enough hate to go around, you understand.

Last time you came to Springfield, and now you’re coming to Topeka, rather than more progressive cities in the region like Lawrence or Kansas City. How come?

I want to bring the good news everywhere! [Laughs.] I’m trying to be an evangelist for my brand of comedy and for progressive thinking. And what I’ve found in doing this all these years is, there’s literally no place in America that doesn’t have a healthy proportion of progressive-thinking people. All they need is a reason to come out of the woodwork. And so I try to provide that reason. And it’s more fun for both of us, I think. Not that I don’t have fun wherever I play — Berkeley and San Francisco are fun places to do stand-up, too. But there’s something about going to areas where the people are surrounded by rednecks that makes it a little more special and a little more fun. And you can just kind of sense in the audience an awakening in their minds that they’re not the only ones around that think like this, like, There’s actually a lot of people around here like me. And I think a lot of times people don’t know that. Richard Dawkins and my late friend Christopher Hitchens used to say the same thing. They’re these outspoken atheists, and they’d go on a book tour and be shocked that the crowds in the Southern states were the biggest.

What freaks you out about Kansas the most?

[Laughs.]Well, Kansas, God love it, is always on our list of the stupidest states. We’ve done that on Real Time a few years, where we have a playoff between the eight or 10 dumbest states, kind of like our version of March Madness. And Kansas is usually in the running. I think they were very high in the standings a few years ago because of school-board stuff. They were one of the pioneers in refusing to teach evolution. But they may have modernized themselves out of the running, which I guess would be kind of a shame.

Trust me, they haven’t. I saw today that Donald Trump might be dropping his lawsuit against you?

Trump “sues” me in the same way that his “investigators” went to Hawaii to find Obama’s birth certificate. Do you remember this? He sent these guys to Hawaii and kept telling the media they found “amazing things.” Yeah, what they found is that this moron sent them on a vacation. If he ever sent them at all. It’s ridiculous. The guy is a clown, and the fact that the media pays any attention to him says more about the media than him at this point. I’m tired of having a feud with Donald Trump. He’s not even a person — he’s a pop-culture reference from the ’80s. It’s like having a feud with J.R. Ewing.

He tweeted, “If you had real balls @billmaher, you’d lay off the Catholics for one show and go after the Muslims and Jews. Oh, that’s right you’d get fired.” On Easter.

What a dick. First of all, obviously, he doesn’t watch the show much. I’ve gone after the Muslims plenty. I go after whoever deserves to be gone after that week. It just happens that the Catholics have been in the news lately. I’ve never been shy about Muslims or Jews — go rent Religulous, Jay. I can’t help it if the Jews happen to be less frightening and warlike than the Christians and Muslims, but those are the facts.

I always kinda thought Jay Mohr was a hack.

Yeah, what’s he been doing the last 10 years?

Yeah, we’re really excited for it. They’re doing what I’d guess you’d call a hip 60 Minutes, a 60 Minutes for a new generation. But really, it’s so many generations beyond where 60 Minutes left off. These guys are super-brave, and they’re going to places in the world I don’t see anybody else in news going.

What can the crowd expect at this show in Topeka?

Just doing what I do, telling jokes. I think people who watch Real Time will be familiar with the areas I’m interested in. I’ve never been a comedian who was interested in trivial stuff, not that I’m putting that down. Some comedians, like Jerry Seinfeld, do it brilliantly. He can do five minutes on toothpaste, and it’s meaningful and hilarious. I’ve never been that guy. I’ve always been into politics, national events, religion — sex, drugs, and rock and roll, too, but I like stuff that has some intellectual nutrition to it. But, you know, I’m a stand-up comedian. I’m not a humorist or lecturer. You gotta keep ’em laughing.