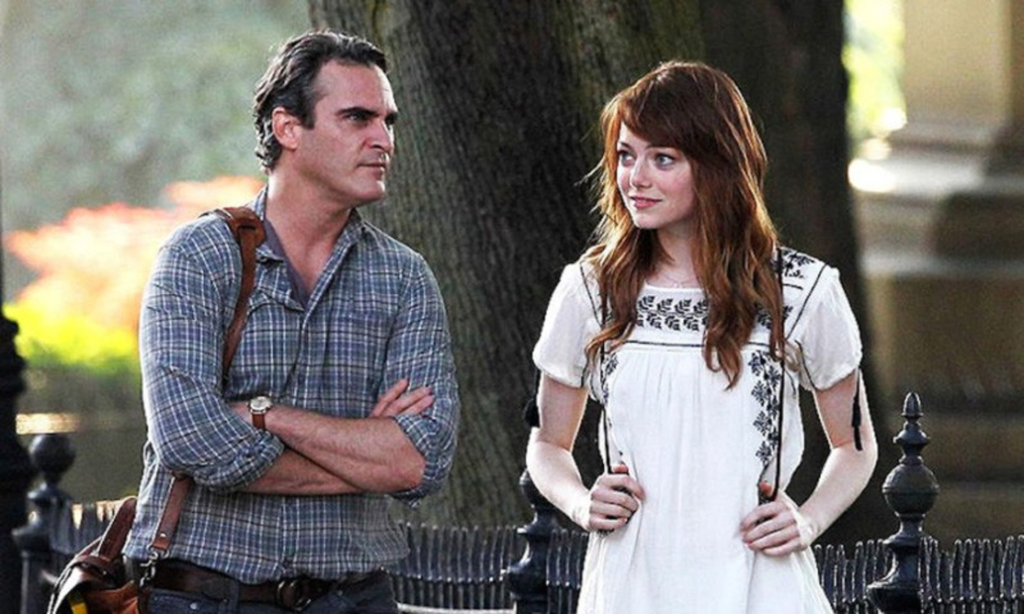 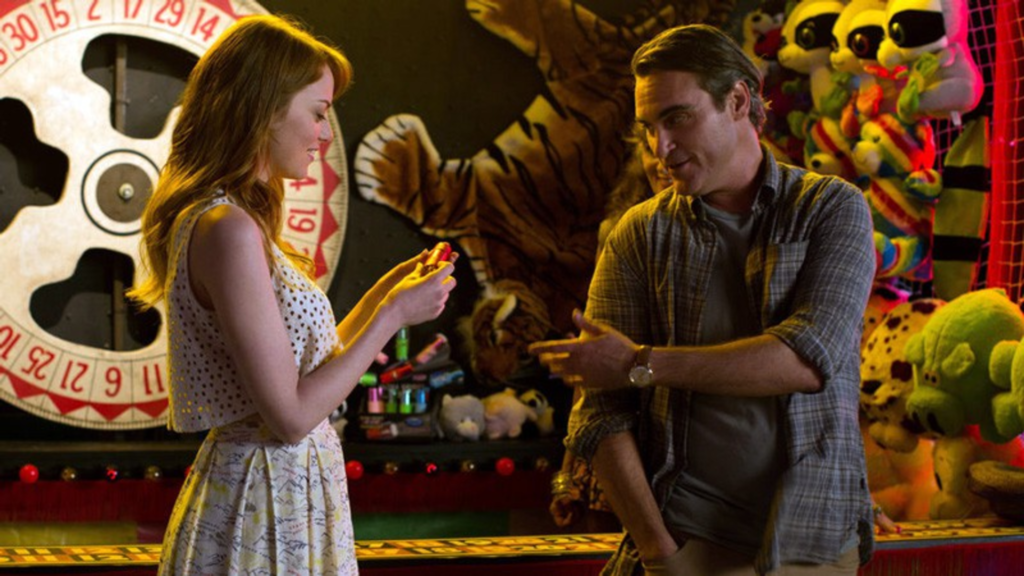 On its face, Woody Allen’s latest film is so fundamentally uninspired that a viewer almost immediately begins looking for subtext. Most likely, this isn’t the result of a genuine desire to discover greater resonance in the text, as much as it is a strategy against boredom. Irrational Man is a rather rote assemblage of late Allen tropes, particularly the bourgeois murder plot and the moral inconstancy of women, particularly those younger ladies who are inexplicably drawn to older, wiser men. In other words, Allen is orchestrating his dirty-old-intellectual fantasies while nominally absolving his lead character with a modicum of self-indictment.

Our putative antihero is philosophy professor Abe Lucas (Joaquin Phoenix), a depressive and a drunkard whose best years seem to be behind him. He has a reputation for bedding impressionable undergrads and conducting seminars in a dissolute, semi-inebriated state, and so even though Irrational Man implies that he is (or was) something of an academic star, he is presently roaming from campus to campus. Presently he has landed up at fictional Braylin College, a posh liberal arts school outside Providence. Abe is immediately scoped out by Rita (Parker Posey), an attractive, restless chemistry prof in an unsatisfying marriage. However, he strikes up an instant mentor/mentee relationship with Jill (Emma Stone), a studious pianist with a comically bland boyfriend (Jamie Blackley).

The crux of Allen’s film pertains to Abe’s philosophical funk about reflection being a waste of the mind. He actually uses the term “verbal masturbation” at one point.) Analysis, Abe has come to believe, is paralysis. (This is ironic because that’s an AA catchphrase, and Abe seems to be in no hurry to drop the flask.) All that useless thinking! Not to mention, in his younger years Abe was a social activist, traveling the world to help the poor and oppressed, acts that he figures have also come to nothing. Is there some form of decisive action that a man can take that would make a direct positive impact on the world?

Abe’s answer, and Allen’s, is not only facile but cliché, a sub-Nietzschean exercise familiar from Alfred Hitchcock’s Rope and warmed over more recently in Woody’s own Match Point. It’s another of Allen’s perfect-murder scenarios, this time involving a custody case — a queasily familiar subject in the director’s real life — and the moral ramifications of taking out a corrupt authority figure. While Abe’s bold crime is shown to be suitably cowardly (the mandatory self-criticism), Jill’s horrified response to it, not to mention Rita’s cavalier apathy, represent two forms of mainstream morality. The fact that Allen assigns these positions to women seems hardly coincidental. It has long been an old saw of the Western tradition (especially from Descartes through Kant and Hegel) that men are more capable of abstract reasoning, while women are far too tied to the everyday stuff of life (nurturing and baby-making, in particular) to ever fully sever themselves from practical matters. In philosophical terms, this is known as “indefensible sexist horseshit.”

So Irrational Man is, in a sense, one of those films that shrouds itself in a miasma of intellectual sound bites (Kant’s categorical imperative, Sartre’s “hell is other people,” Heidegger’s fascism) in order to flatter itself, and its audience. In this respect, it’s a lot like Midnight in Paris but a lot less playful. But on another level, this film is a kind of partial justification of a masculinist point of view, wherein certain great men can see the larger picture, make sacrifices and perhaps fail as human beings, all on behalf of the Life of the Mind. Women, meanwhile, are presumably too preoccupied with their daily lives, their emotional needs and even their personal safety to understand that the world is bigger than they, and that their private complaints are relatively small. In other words, Abe Lucas is a deeply flawed man, but he chooses to choose, and leaves a legacy. Irrational Man implies that, in the final analysis, if some women are raped or some children are molested along the way to the production of towering masterworks like Chinatown, Thriller, Bill Cosby: Himself or Manhattan, that is the cost of cultural advancement.