Interpol charms a hot, humid crowd at the Beaumont, with help from School of Seven Bells 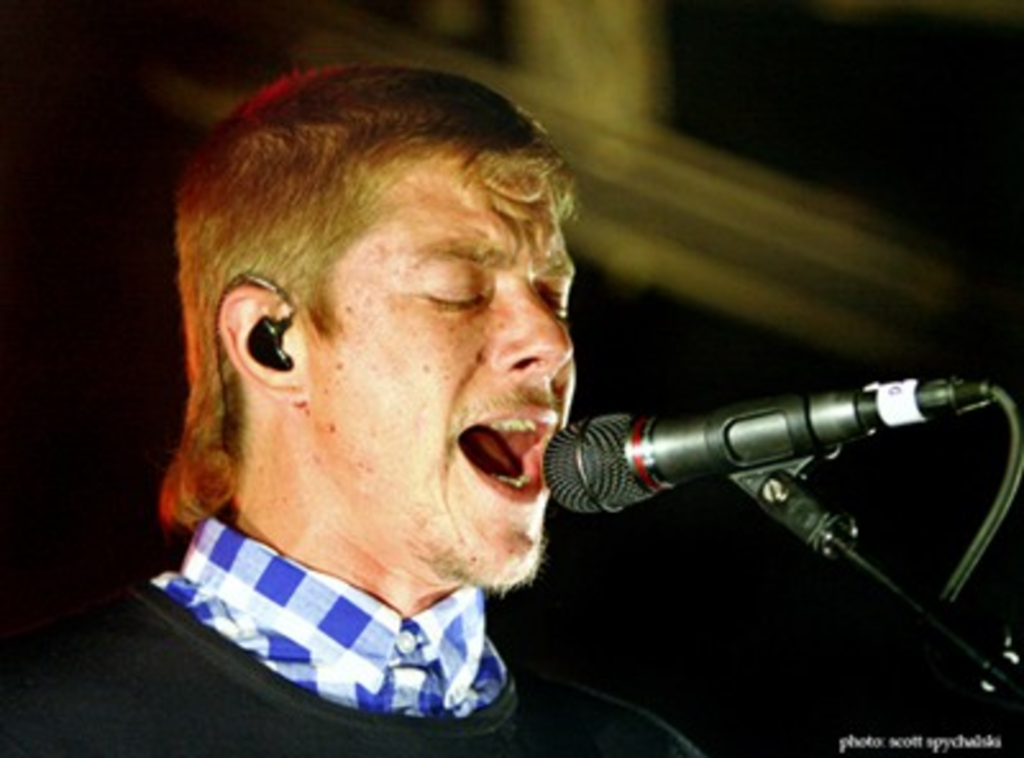 During the hazy interim between School of Seven Bells‘ and Interpol‘s sets last night, a murky, humid smoke filled the Beaumont’s stage. Crowd members gathered and gossiped about some of the more bizarre outfits spotted in the crowd. (Black feathers and a pinned-on red hat were tame compared with a bleach-blond girl in sheer knee-high socks, whom the guy next to me called a “prostitute.” Another girl chimed in: “When I wear a skirt, I never have to consider that people might see my chotch, you know?”) Girls flipped their hair; guys spilled their beer. At the 45-minute mark, crowd members started to cheer impatiently. Interpol took the stage at 9:30 p.m. sharp, to great roars in the crowd. “Howdy,” Paul Banks greeted the crowd. “Good evening.”

Rumbling blurs onstage indicated an elaborate light show to come. As the band launched into “Success,” three kids in front of me silently screamed, grabbing each other’s hands and shaking them in the air, with their faces silhouetted against Interpol’s flashing red lights. (It was the personification of dude-euphoria.)