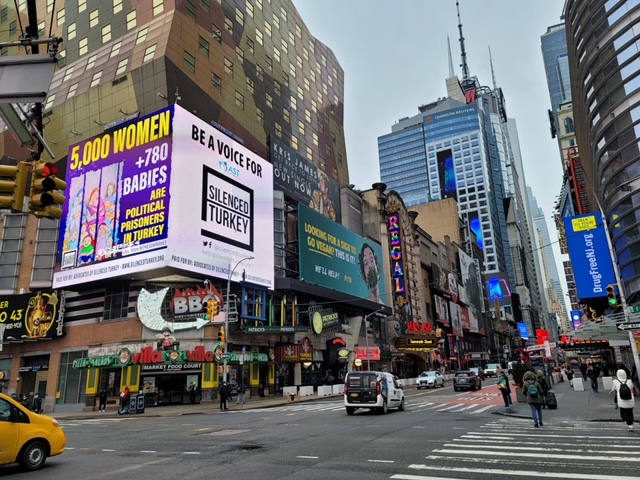 PeaceWorks Kansas City, the Dialogue Institute of Kansas City, and the Kansas City contingent of Advocates of Silenced Turkey will be holding a rally on March 6 to demand increased women’s rights in Turkey.

The rally—happening at Mill Creek Park on the Plaza at 3 p.m.—is part of a number of rallies held by Advocates of Silenced Turkey. In addition to the Kansas City rally, there will be a total of 35 rallies, including New York, Washington, and Toronto.

“We’re recognizing the thousands of women imprisoned or killed in Turkey for their community service and support of democracy, human rights action,” says Eyyup Esen, Ph.D., representative of the local Dialogue Institute of Kansas City and an organizer of the rally. “We hope 50-60 people will join us in calling for freedom for the women and their children who are victims of discrimination, violence, and persecution.”

There will be musicians and several speakers at the park as people gather to fight for those silenced in the 2016 uprising against Turkey’s president Recep Tayyip Erdogan.

“In 2009, 42% of Turkish women between the ages of 15 and 60 were subject to violence. Global Gender Gap Index 2020 ranks Turkey 130th among 153 countries,” a post from Advocates of Silenced Turkey read. “Since the alleged coup attempt in 2016, women’s rights have been systematically ignored and violated by the Turkish authorities. Many women in custody were subject to strip searches. They were asked to undress and squat while naked, sometimes with cameras present. More than 5,000 women have been jailed as political prisoners, 600 women were held in detention with their children including 100 women who were pregnant or had just given birth. 780 babies are imprisoned alongside with their mothers who were not convicted of any crimes.”

Two domestic violence shelters—Carlen Davis from Friends of Yates and Karena Jemsen from Newhouse—will also be sending representatives to speak at the rally. Itto Outini, a Morrocan woman who has been blind since the age of 17, will speak on issues affecting disabled immigrant women.