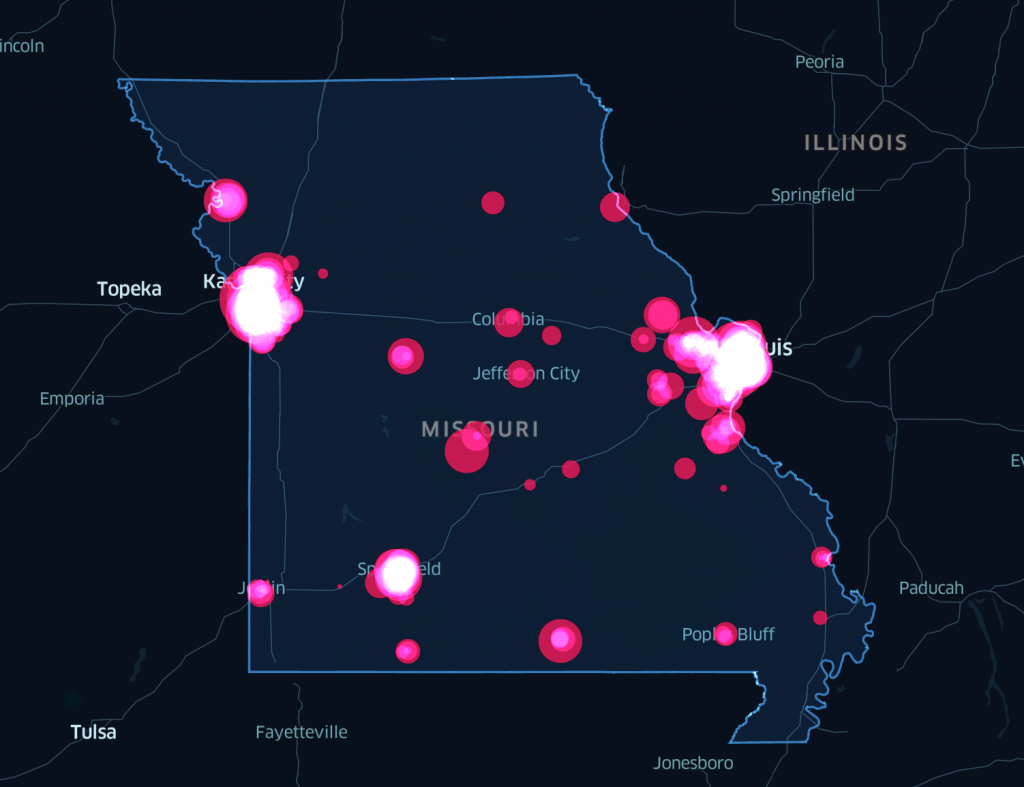 Kansas City Personal Injury Attorneys Wendt Law Firm P.C. has partnered with data visualization firm 1Point21 Interactive to find the most dangerous intersections in Missouri. The team analyzed 2018 collision data from the Missouri State Highway Patrol (the latest full year available) to identify these intersections. They isolated all crashes that occurred at an intersection and applied a weighted score to each crossing based on how serious the injuries were in each crash.

TBH, not super thrilled to see the number of large pink circles on so many intersections between our houses and the office. Take a look-see for yourself on this interactive map. Each circle on the interactive map represents an intersection where at least six collisions occurred in 2018. Zoom in, hover over, or click the circle to reveal more information.

The study identified 577 intersections where six or more crashes occurred during the study period, then accounted for the number and severity of injuries incurred in those crashes.

This methodology revealed that the most dangerous intersection in Missouri is Oak Street and Truman Road in Kansas City.

There were 28 crashes and 29 total injuries in a single year at this intersection. It was also placed as the crossing with the most injuries and second most crashes of any crossing in the study.

Kansas City was home to all three of the most dangerous intersections and four of the top ten.