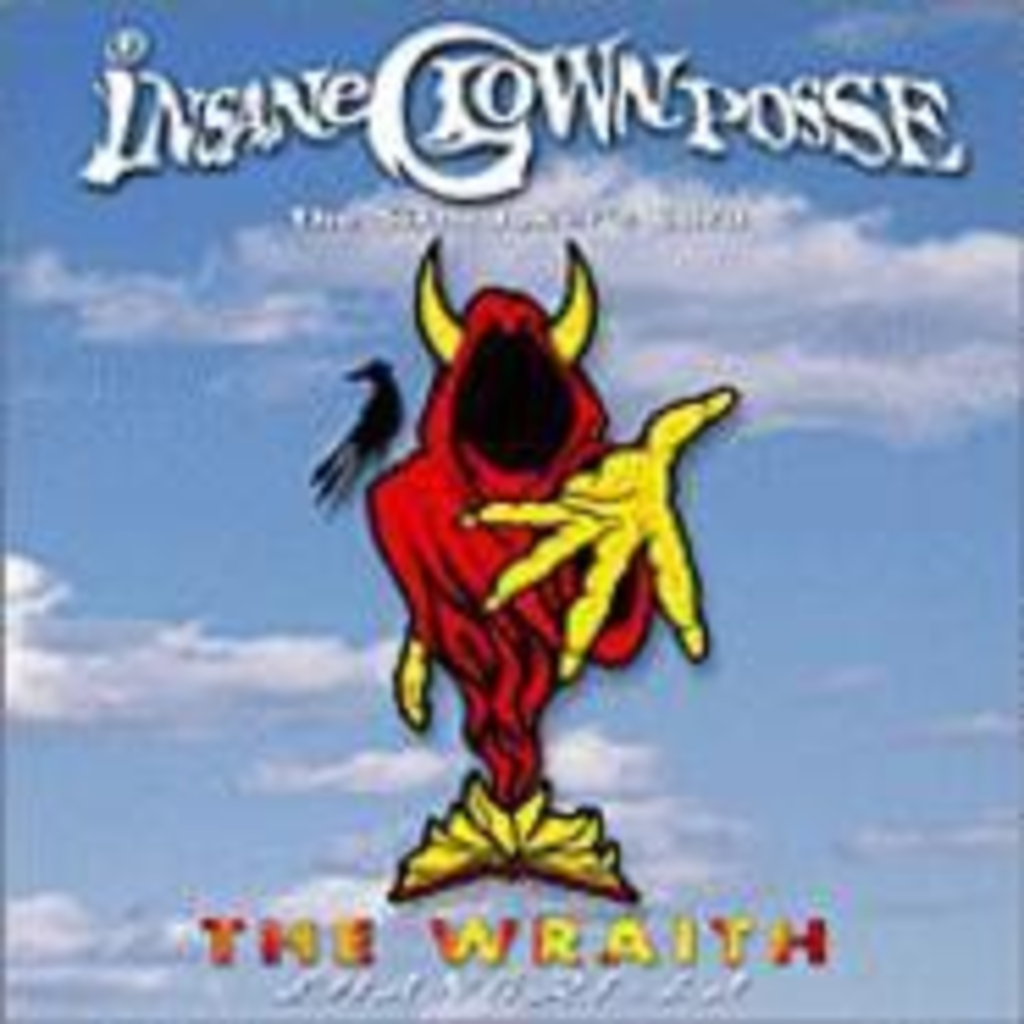 Who’s goin’ Jesus hunting? ICP’s goin’ Jesus hunting! Yes, the sixth Joker’s Card has finally been revealed, its message delivered after ten years of buildup. Because most Juggalos snapped up The Wraith on release day (it debuted at No. 15 on the Billboard chart), it’s safe to let the cat out of the bag. The truth is we follow God, we’ve always been behind him/The [Dark] Carnival is God, and may Juggalos find him, Violent J intones on the seventeenth and final track, “The Unveiling.” We’re not sorry if we tricked you, a chorus jeers. Gulp! The wicked clown crew is actually Stryper with beats?

The sixteen tracks that lead to this finale are ICP’s usual blend of blood and guts (“Thy Staleness”), singsong sex raps (“Cotton Candy and Popsicles”) and clown love anthems (“Juggalo Homies”). Occasionally amusing, ICP suffers when it attempts to get profound, which usually involves singing from a couple of guys who couldn’t carry a tune if it came with handles. The lumbering chorus of “Crossing Thy Bridge” would make White Lion wince: I seen some children/Crossing the bridge/What kind of life did/They get to live? The duo fares better with “Get Ya Wicked On,” which warps into a Faygo-drenched remake of Above the Law’s “Murder Rap.” Shaggy 2 Dope is ICP’s whiskey-throated secret weapon, enlivening the proceedings anytime he’s passed the mic, and Detroit horrorcore legend Esham turns in a heavyweight performance on “Soopa Villains.” What’s next for ICP is anyone’s guess. A year from now, when the hellish second half of the sixth Joker’s Card is released, fans might find out that Wraith‘s trip to the confessional was just another put-on.