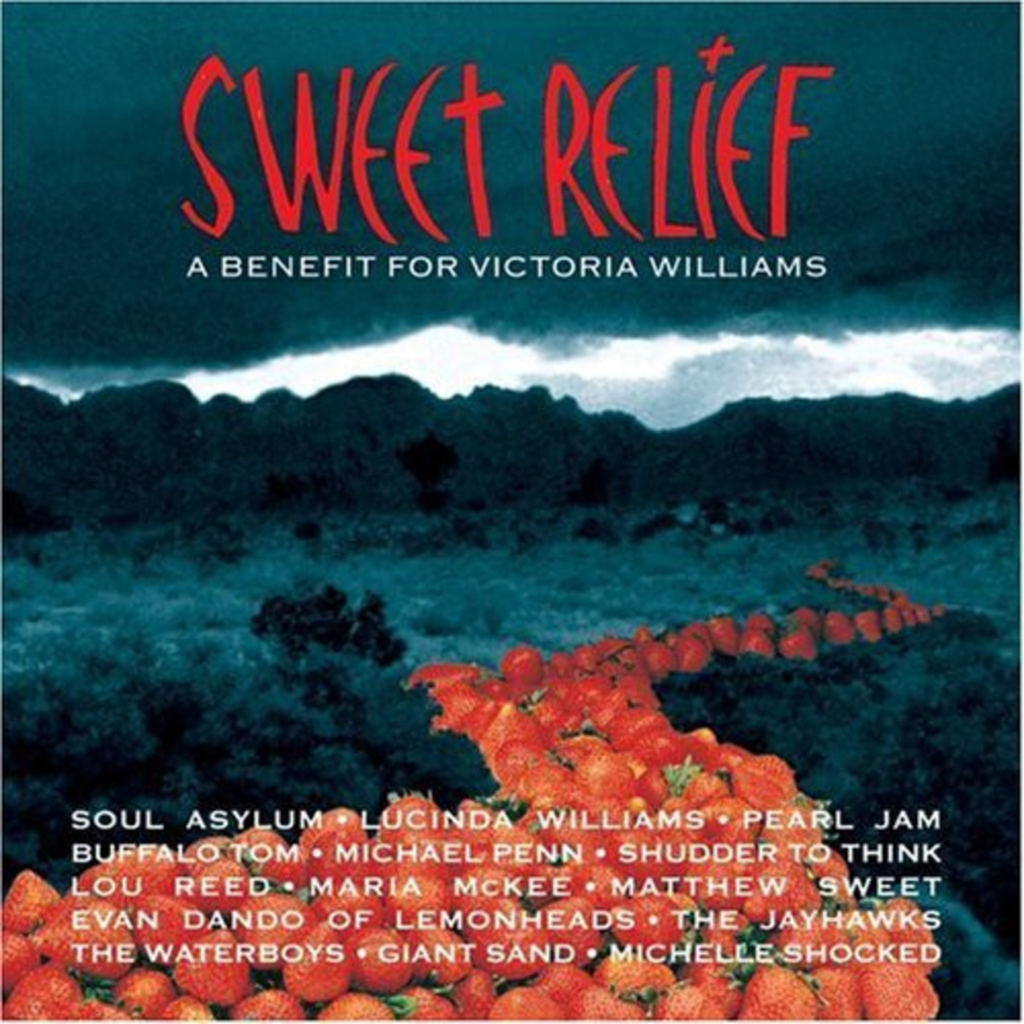 I’m scooping myself a bit here as I’m focusing on the story behind this event for my Wayward Son column next week, but I wanted to give you some early word regarding the Victoria Williams concert and Sweet Relief benefit show next Friday, April 10, at Liberty Hall in hopes that, frankly, you might buy tickets and go.

Pertinent Info-byte No. 1: It’s going to be cool.

Not only will this be possibly your only chance to see the acclaimed California singer-songwriter live for the forseeable future, it will definitely be your only chance to see her live backed by top-notch local musicians. At 7 p.m., Lawrence’s Midday Ramblers will play a set, followed by a set from Don and Lori Chaffer of Waterdeep. Then, for the main act, the Chaffers, plus Billy Brimblecom (drums), Allison Brimblecom (vocals, Billy’s wife) Greg Lafolette (guitar, vocals, also of the Klangs and Khrusty Bros.), Mark Matthews (guitar), David Firman (bass) and David Greenwood (drums) will form an all-powerful, all-star backing band to help Victoria set the night on fire. Seriously, if you’re a connoisseur of singer-songwriters, this is one not to be missed.

Fun Fact No. 1: Victoria Williams has been married to Peter Case or the Plimsouls and Mark Olson of the Jayhawks, though not at the same time. She and Olson have played together as the Original Harmony Ridge Creekdippers.

Pertinent Info-byte No. 2: It’s for a good cause.

This concert is the first major benefit show for the revamped national musicians health care charity Sweet Relief. While on tour with Neil Young in the early ’90s, Williams found out that she had Multiple Sclerosis. Like many musicians then and still today, Williams didn’t have insurance. She did, however, have friends. Following a series of benefit concerts in L.A., Sweet Relief: A Benefit for Victoria Williams came out in 1993 and featured big-name recording artists such as Lou Reed, Soul Asylum, Lucinda Williams and Pearl Jam (remember “Crazy Mary”?) covering Victoria’s songs. Long story short, the charity organization Sweet Relief was founded the next year, and it has been raising money to help musicians in need ever since. Though quiet for the past few years, Sweet Relief recently reorganized itself under the guidance of a group of folks including Williams and Mark Matthews, a Kansas City doctor and musician (yep, that’s his name in the backing-band credits above). You’ll read more about Matthews’ story in my column next week.

Fun Fact No. 2: Released in 1996, Sweet Relief II: The Gravity of the Situation, did the same deal for Vic Chestnutt.

Tickets are $20 in advance through Ticketmaster or at the Liberty Hall box office and $25 at the door. If you can’t make it out but still want to drop a little scratch in the jar, do so at the Donate link at Sweetrelief.org. 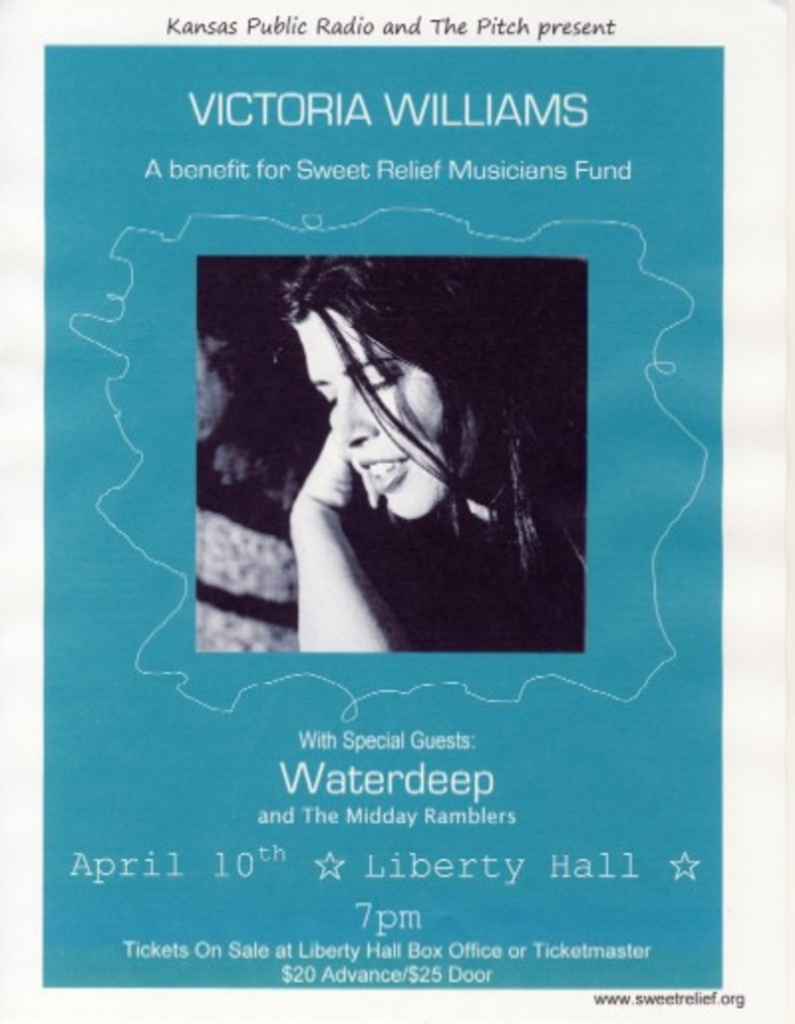