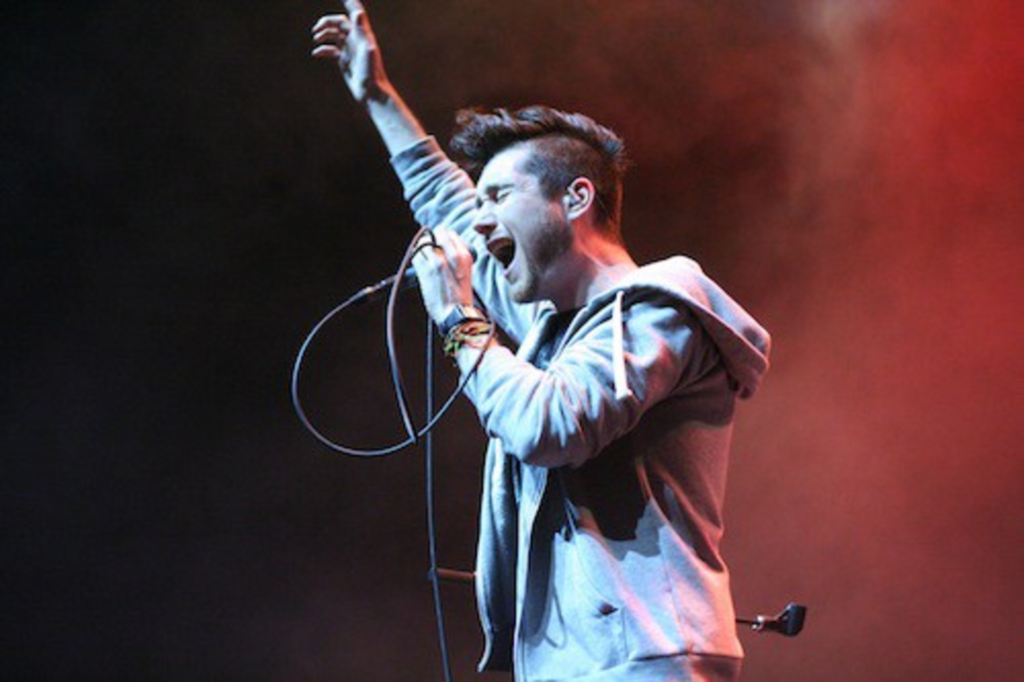 The Night the Buzz Stole Xmas
With Arctic Monkeys, the Head and the Heart, Foals, Bastille, and Outsides
The Midland, Kansas City
Saturday, December 14, 2013

The Buzz’s annual holiday concert is usually a good way to take the pulse of what’s happening in alternative rock these days. Inevitably, there’s a group of veterans, some seasoned under-the-radar folks, and a handful of up-and-comers whom you may or may not recall by the time next year’s show takes place. This year, it seemed to be a lot of young dance-invested groups. I prayed that at some point in the evening, there would be just one band that would not batter me with cyclical rhythms. This did not happen.

Arctic Monkeys were greeted with the sort of rapturous screaming response you’d expect from the likes of the latest tween-pop sensation, not a bunch of guys from the U.K. touring in support of their fifth album. Frontman Alex Turner was dressed like Gene Vincent, complete with full-on quaff – from what you could see, of course. They played illuminated by naught but sparse red lights, and even that was obscured by omnipresent smoke. 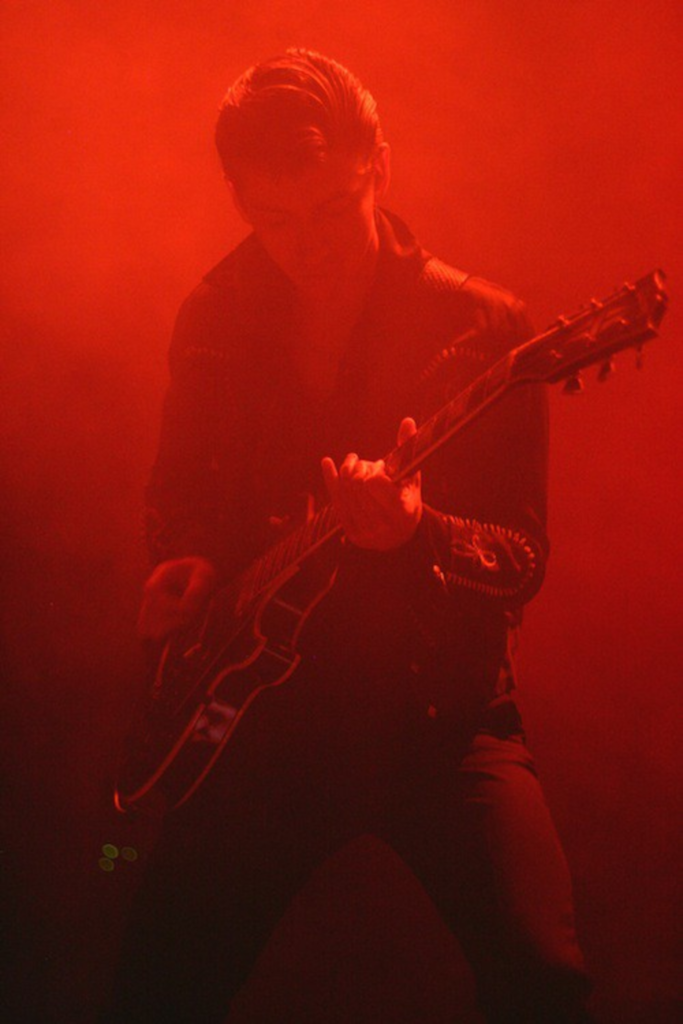 Even the sound for the Arctic Monkeys was slightly obscured, sounding a bit off. As the lone “rock” act on the bill, maybe the switch-over from the preceding, almost all-acoustic Head and the Heart caused a few issues. On the other hand, I’ve seen them live before, and it seems like the members of the Arctic Monkeys simply prefer their live sound to be muffled. It’s akin to listening through earplugs and a serious head cold, with the sharp angular bits on songs like “Brianstorm” or “Dancing Shoes” just totally lost, with everything turned into a massive wash of white noise with throbbing low end.

By the time Seattle’s the Head and the Heart took the stage, there’d been three dance-rock bands, and at the time, they were excellent, simply by virtue of not playing dance rock. Also, it doesn’t hurt that the band has harmonies for days. The set opener “Shake,” from this year’s Sub-Pop release Let’s Be Still, is an anthemic monster of song.

Unfortunately, it seemed like the Head and the Heart couldn’t keep the crowd. Aside from the opening song and the closing cut, “Rivers and Roads,” there was a lot of distracting chatter throughout the crowd during the quiet moments, which would turn into less-than-enthusiastic applause. The band, however, was quite polite. 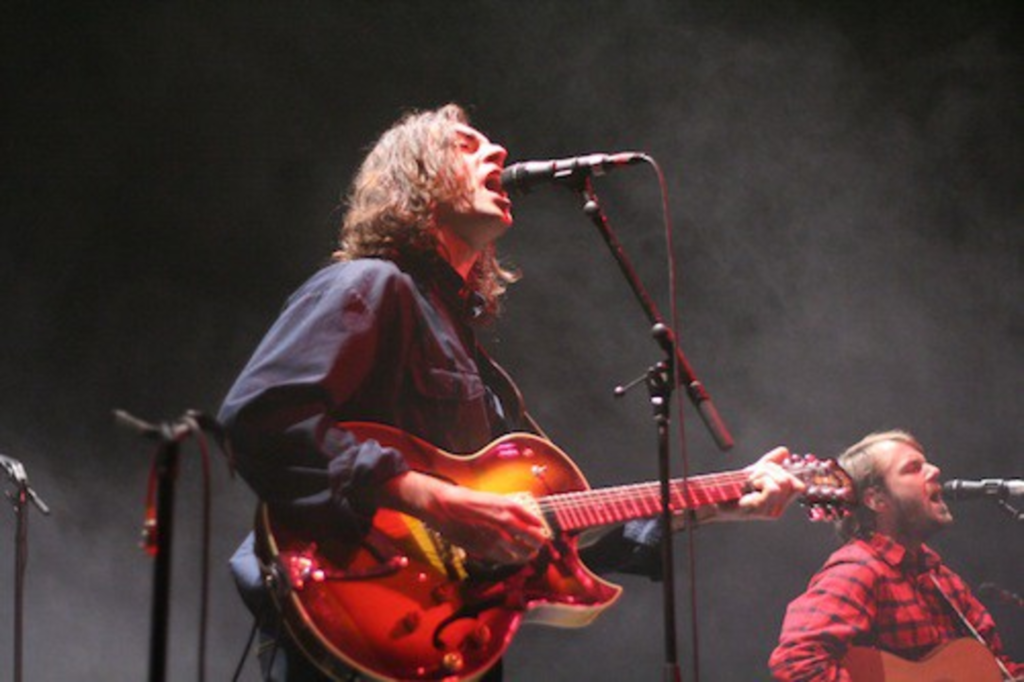 “I appreciate the real lighters,” said lead singer Josiah Johnson to a tiny group of enthusiastic fans flicking their Bics during the more swaying moments of the band’s set.

Every band Saturday night was all dancey pants, but the Foals were the most aggressively so. Past that, they’re also practically indistinguishable from a Coldplay tribute act. Their songs all went on interminably, and I couldn’t differentiate one cut from another, except their last song. The cringeworthy “Inhaler” sounded like every grunge trope in the world mashed onto another song, in an effort to give the band a bit of an edge. 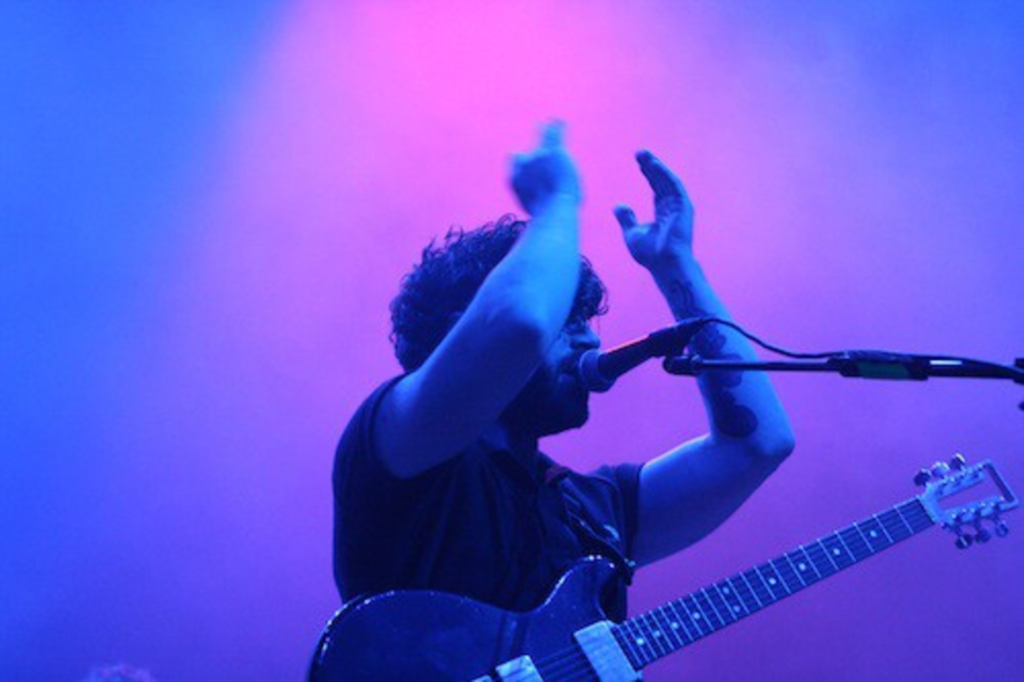 Dan Smith, the singer for Bastille, jumps around like he just slammed a case of Red Bull and found an inexhaustible pair of wings. Many of Bastille’s songs have an understated reggae lope. The band’s album, Bad Blood, is a little underwhelming, but the charms of it come out so much more in a live setting. Still, the band seemed a little underprepared for the large stage that the Midland provides; these guys could use another year of small-venue touring to tighten up. They make for a fine live show but are better suited to a club than a theater at this point.

One of this year’s most popular (and, hopefully, short-lived) trends came about during Bastille’s set: that of auxiliary instrumentation, wherein every band member has a keyboard or drum or something. It was unnecessary, especially when you could watch Smith walk through the crowd as he sang “Flaws,” seeing mini-dance parties break out around him. With something like that, who needs an extra floor tom? 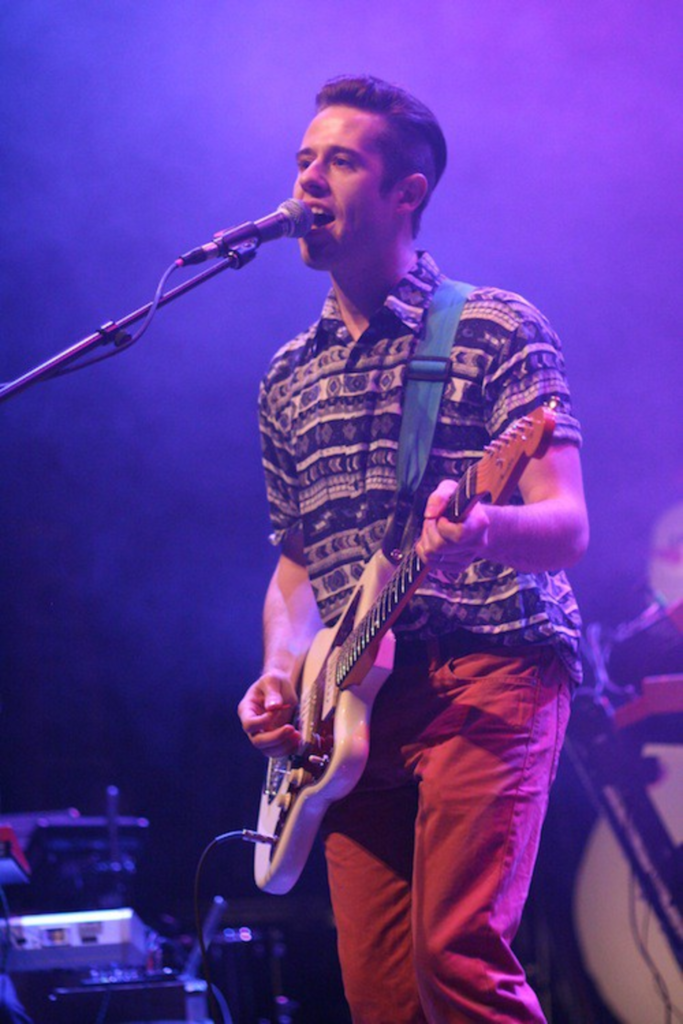 Opening band Outsides has that kind of dance-pop sound that makes me wish Ben Grimes was still here in Kansas City, as well as wishing Soweto hadn’t become a “thing.” Polyrhythms can get tiring after a point, and that’s the last thing you want from your opening act. Speaking of open: If you stood behind the doors to the upstairs bar, when the doors were open, Outsides sounded like the Killers; when the doors closed, it sounded like the Cure.

Swedish band Nonono was originally slated to be on the bill, but due to flight delays leaving Chicago, the band was unable to play the show proper. After Arctic Monkeys closed out the night, Nonono played an acoustic set in the Midland’s Indie Bar to a 21+ crowd. 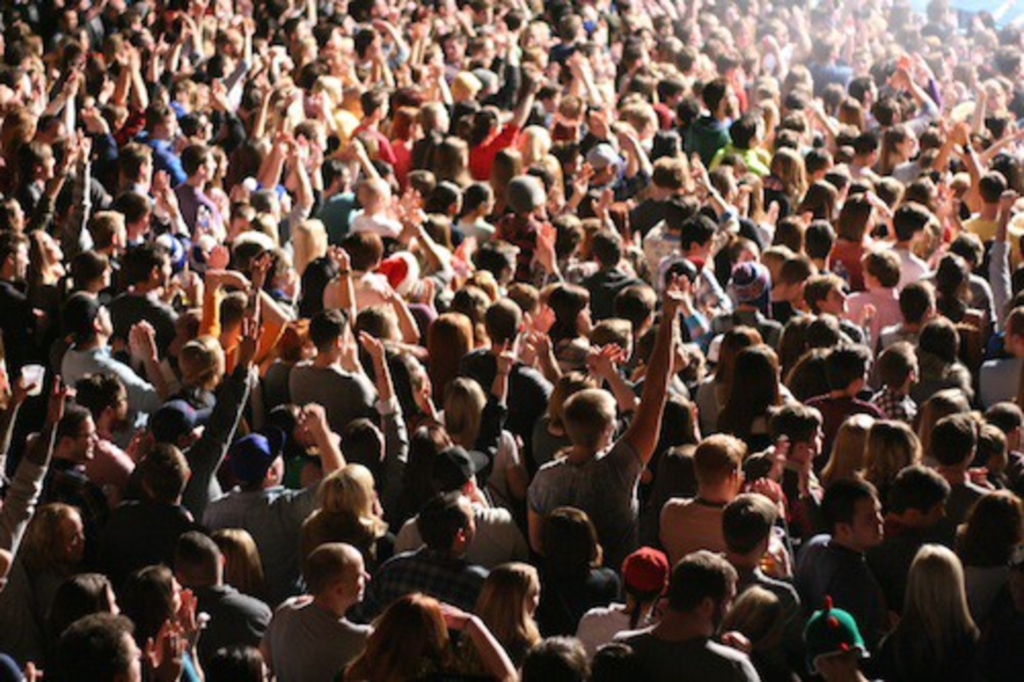 Arctic Monkeys Set list:
Do I Wanna Know?
Brianstorm
Dancing Shoes
Don’t Sit Down ‘Cause I’ve Moved Your Chair
Old Yellow Bricks
Crying Lightning
Snap Out of It
Reckless Serenade
Why’d You Only Call Me When You’re High?
Arabella
Pretty Visitors
I Bet You Look Good on the Dancefloor
Knee Socks
Fluorescent Adolescent
505
Encore:
One for the Road
R U Mine?