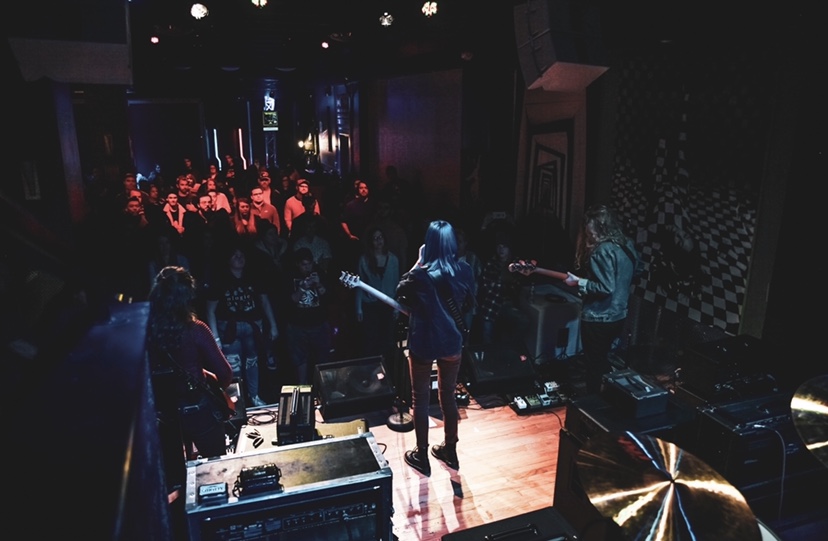 Oxford Remedy had plans for their first album, the brand-new EP entitled For Those Who Know, Tell Me What I’m Supposed To Do, but things happened. They’d recorded the album with Braxton Matlock, who also mixed and mastered, back in late fall of last year, finishing it in November. Prior to that, the band had put out a pair of singles, “Vending Machine” and “Fake,” in early 2019, but bassist Sydney Aldridge, says the band waited to make their first proper album because the first singles were kind of rushed.

“They weren’t done how we would have chosen to do them,” Aldridge explains, alluding to the fact that the decisions regarding those recordings weren’t necessarily those of Oxford Remedy. “We actually had full control of this EP ourselves, and we wanted to put a group of songs together to make it as perfect as we could, and do things our way.”

Speaking with the band over the phone with all four members on speaker, it makes for a giggly bit of confusion on both sides of the line, but we dig into how For Those Who Know, Tell Me What I’m Supposed To Do came to be. I ask them if the way the EP begins – with the sound of a VHS tape being inserted into a VCR – is intended to evoke some sense of nostalgia or looking back.

Vocalist Kate Mckown demurs, saying, “Before we even had all of the songs written, we had this theme of TV and static. We wanted to incorporate that into the EP, to make all the songs flow really nice.”

It works, too, with the EP’s album art evoking the static in an empty channel, and the sound of a TV blipping off at the end of the last song, “Blue.” There are also voiceovers scattered throughout the album, with “Are You Satisfied” featuring audio taken from a 1952 documentary about a day in the life of a small town, “a city neither small nor large – simply a normal community where people live together work together, and do things for each other.”

“It’s weird to see how much we’ve changed as a world since then, but also how much things have not changed,” Mckown continues. We all laugh, and I point out that the first line of “I’m Sure That I’m Not Sure” is “Can I say that I’m tired of growing up,” which seems to tie in really strongly to the situation we all find ourselves in at the moment.

Oxford Remedy weren’t even going to release For Those Who Know, Tell Me What I’m Supposed To Do before the pandemic. The original plan was to wait it out, because the EP was due to be released right when everything hit, and the band really wanted to have a release show for the album, because really, does it even feel real if something gets dropped straight to Bandcamp?

“But, we figured it would be waiting way too long to try to wait it out,” Mckown says a little sadly. “It was a tough decision for us to make, because we had been looking forward to it for a really long time, and we were thinking about trying to plan a little regional tour over the summer, and all of that stuff just went down the drain, because of the pandemic.” 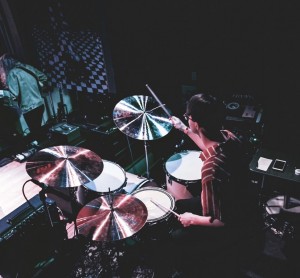 Guitarist Grace Mckown really nails the build-up behind this new collection of songs when she says that they’ve been working on these songs for a year, with multiple delays due to how the band’s musical dynamics changed when drummer Brody Washam joined Oxford Remedy in the middle of summer 2019.

“We gained so much from adding Brody to the band that it threw us for a loop, but in a good way,” guitarist Mckown says. “He brought a new sense of creativity to the band.”

This meant that the band’s original plans to release an EP last summer were pushed back to fall, but that’s when they started recording, but they didn’t want to release it in winter, so then it became spring, and then Covid-19 hit, and it was pushed back to the beginning of May.

“I’m really happy that it’s out, but we released it via CD Baby, so it was just a countdown until it got released,” says guitarist Mckown. “There’s no celebration. No moment.”

It didn’t feel real, vocalist Kate concurs, because even though a live show might not be a physical product, it is a tangible experience: “It’s a lot more rewarding than sitting at a computer and being like, ‘It’s out now!’”

Despite being digital, and not being able to hear the songs live, the experience of listening to For Those Who Know, Tell Me What I’m Supposed To Do is really rewarding. Over the course of the EP’s five songs, the music builds from the simple-but-catchy pop of “Again” to the absolutely massive conclusion that is “Blue,” and it’s quite a sonic journey. Given that the first couple of songs were written with the band’s original drummer, but changed to reflect Washam’s addition, that makes sense, offers Grace.

“It’s almost like you can see the change of energy,” says the guitarist. “We were never really friends, outside of the band, before we brought Brody in, but now we’re all best friends.”

“I think ‘Blue’ is definitely the culmination of all things on the EP,” agrees Washam. “Sound-wise and production-wise. We wanted it to be, in one song, a representation of the whole EP, because it starts with this very simple repeating guitar line and it just layers on from there.”

The song repeatedly leads back to the chorus, with an ending that comes completely out of nowhere which, as Washam notes, was entirely what the band was going for.

“An explosion,” chimes in the rest of the band, before the TV shut-off sound hits and it ends.

“I think the music just gets more complex, the further you down into the EP,” concludes Washam. You might get a chance to hear some of these songs in a pseudo-live setting soon, as the band is considering doing a livestream to celebrate the release of For Those Who Know, Tell Me What I’m Supposed To Do.

“We definitely want to figure out something,” Aldridge says. “Just to be able to play for somebody other than ourselves.”

Stik Figa and Conductor Williams on their latest collab, Tomorrow Is Forgotten