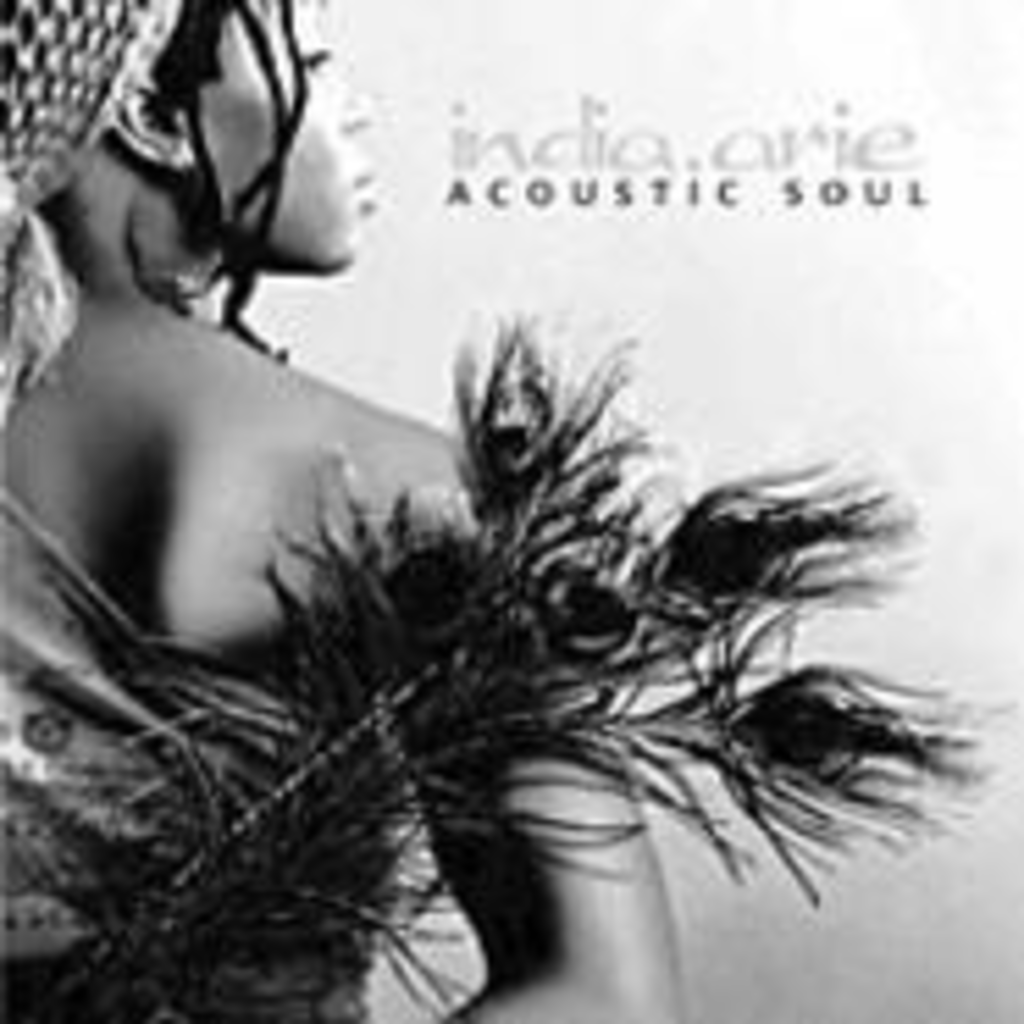 India.Arie opens her debut album, Acoustic Soul, by giving props to her musical ancestors: Sam Cooke, Marvin Gaye and Donny Hathaway. She then proceeds to honor these pioneers with fifteen tracks that cleverly represent their musical legacy, ending the disc with a stirring five-minute tribute to Stevie Wonder. But don’t get it twisted — this soul sista ain’t a copycat. She’s crafted a style all her own, and her blend of earthy lyrics, acoustic guitar riffs and synthesized bass lines stands out among the accolades. The real treat, though, is Arie’s soothing voice. Her blessedly smooth delivery recalls avant-garde crooner Nina Simone and neo-jazz vocalist Cassandra Wilson.

Like these artists, India.Arie uses her pipes as an exotic instrument, adding richness to her collection of rainy-day blues tunes. She also pens lyrics that match the intensity of her vocals, writing with the grace of a poet and the keen observation of a journalist. Her lyrics are brutally honest, offering insights and exposing faults both in herself and in her surroundings. On the album’s first single, “Video,” India.Arie scolds the bootylicious women who degrade themselves in music videos. I’m not the average girl from your video, she sings, and I ain’t built like a supermodel/But I learned to love myself unconditionally because I am a queen.

On “Nature,” she co-opts the hook from hard-hitting hip-hop group Mobb Deep’s “Quiet Storm,” then glides over the track with intimate suggestions to her lover. Hey, baby/Why you rushing?/Let’s sit back and watch the flowers grow/Why you want to swim against the tide?/Let’s lay and watch the river flow, she romantically suggests. “Always in my Head” features the bohemian mama strumming a sweet groove on guitar as she seduces with gentle lyrics.

Behind my eyes there lives a me that I’ve been hiding for much too long, Arie shares on the thought-provoking “Strength, Courage and Wisdom,” singing about her new life over a crisp snare loop and a wicked keyboard hook. Acoustic Soul suggests Arie has the potential to pursue the legends she so admires, but a roll call of similar artists who crafted memorable debuts never to be heard from again — Laurnea, Andriana Evans and Dionne Farris, to name a few — reinforces the need to temper such optimism.