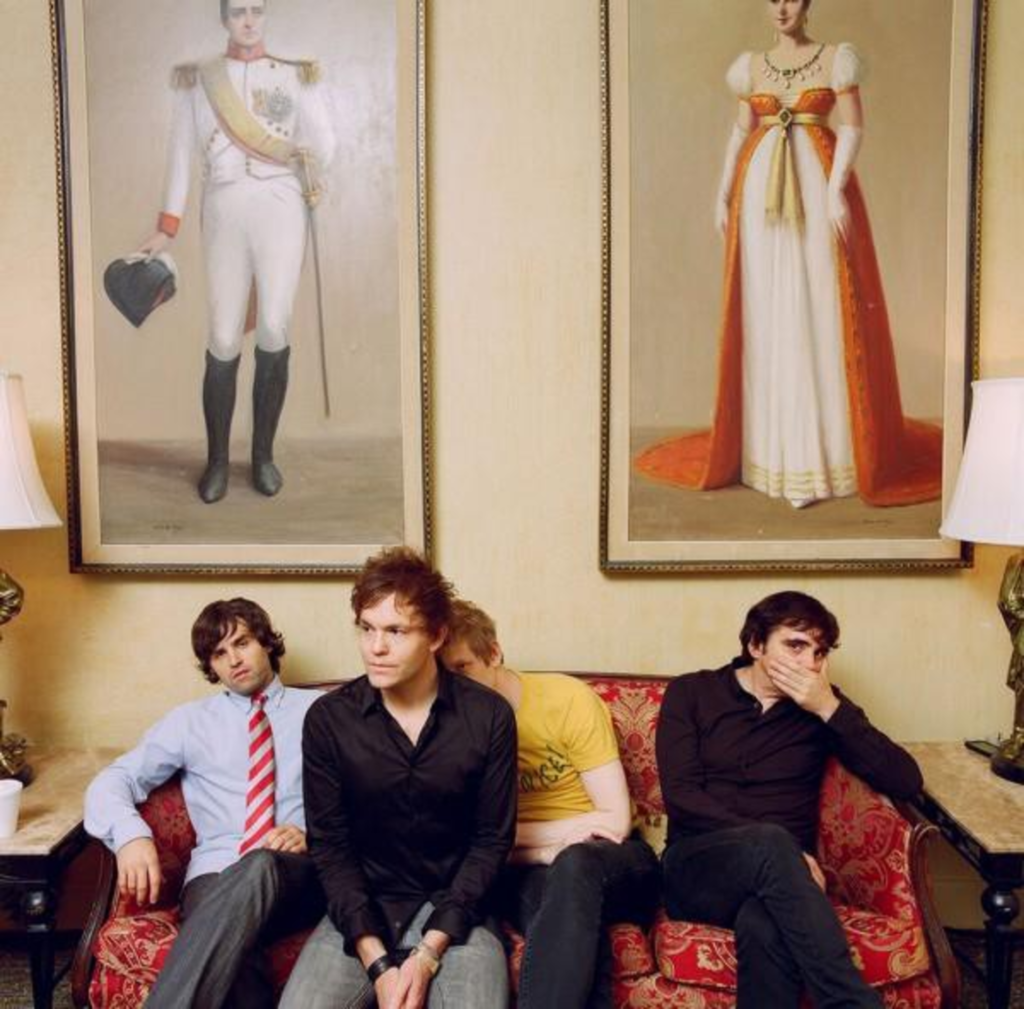 It’s a good year to be Rob Pope. The Get Up Kids bassist is not only selling out venues with his old bandmates on their reunion tour, Pope’s other band, Spoon, is preparing to drop a new one, his second with the Austin-based band.

On Thursday, December 3, at the Midland by AMC, Pope, lead singer Britt Daniel, and those two other guys dip into town to headline KRBZ’s the Buzz Stole Christmas show. Also on the duosyllabic bill: the Bravery, Metric and Hockey. Tickets go on sale this Friday via Ticketmaster.

Expect to hear cuts off Spoon’s upcoming seventh full-length, Transference, which is due out January 26, 2010. If receiving this news gets you in the mood for some of Spoon’s soulful, minimalist indie-rock, you’re in luck, as the band seems to toss out free online baubles every month. Click on the Bonus tab at the band’s site (once you’ve navigated past the annoying teasers) to download the free November track, a live version of “Everything Hits at Once,” originally on the band’s latest, 2007’s excellent Ga Ga Ga Ga Ga third album, Girls Can Tell (2001). (Stereogum posted some working-title live cuts a few days ago as well.)

Or, if you’re in the mood for classic Spoon, the band is currently offering deluxe digital versions of its first four albums for $10 each at its online store.

Spoon learns the Ted Leo version of Don’t You Evah from Spoon on Vimeo.