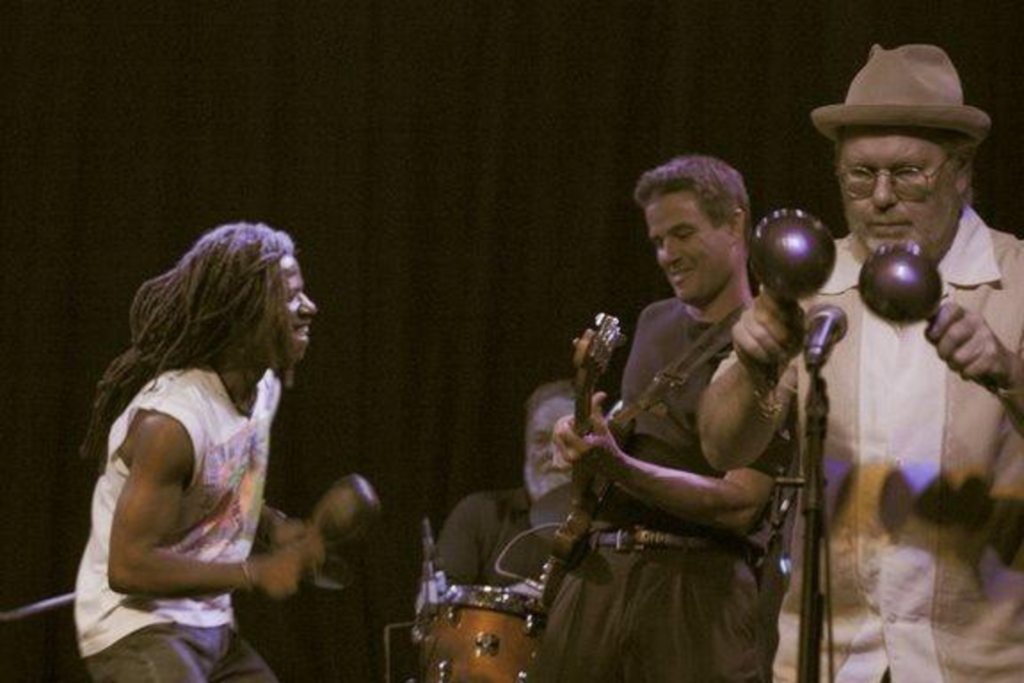 This past winter, Mike Dunn of 77 Jefferson and Patrick Brown (aka DJ Jabberock) had an idea to do an all Kansas City reggae festival, since there has been a recent upswing in KC musicians playing reggae music.

At the same time, Brown bought a few Sony HD cameras and decided to put his journalism degree to work, and shoot a documentary as well. The plan Dunn and Brown have been planning from the start is to have the film culminate with footage of all of the KC bands and DJ’s playing together collectively at one big show. That show is called the Kansas City Reggae Uprising Festival.

“The return of the Blue Riddim Band on the scene, came at just the right time for this documentary,” said Brown in an e-mail. “The film focuses largely on their return to the stage and studio, and juxtaposes their experience and talent against the new talent cropping up in KC.”

The live footage follows bands from all over the Kansas City area: Blue Riddim Band, The Sex Police, 77 Jefferson, Seedlove, Az One, Jahration, and Livitation Station, as well as DJ Rico, DJ’s Johnny2tone & Woodsy, and Brown as DJ Jabberock.

The KCRUF show is going to be at Davey’s Uptown on Friday September 11, featuring all the artists listed above, except for the Sex Police, due to scheduling conflicts. It’s going to be a huge deal, and the final scenes for the documentary (tentatively set for release this winter) will be shot at the show. More information can be found at the doc’s MySpace page.