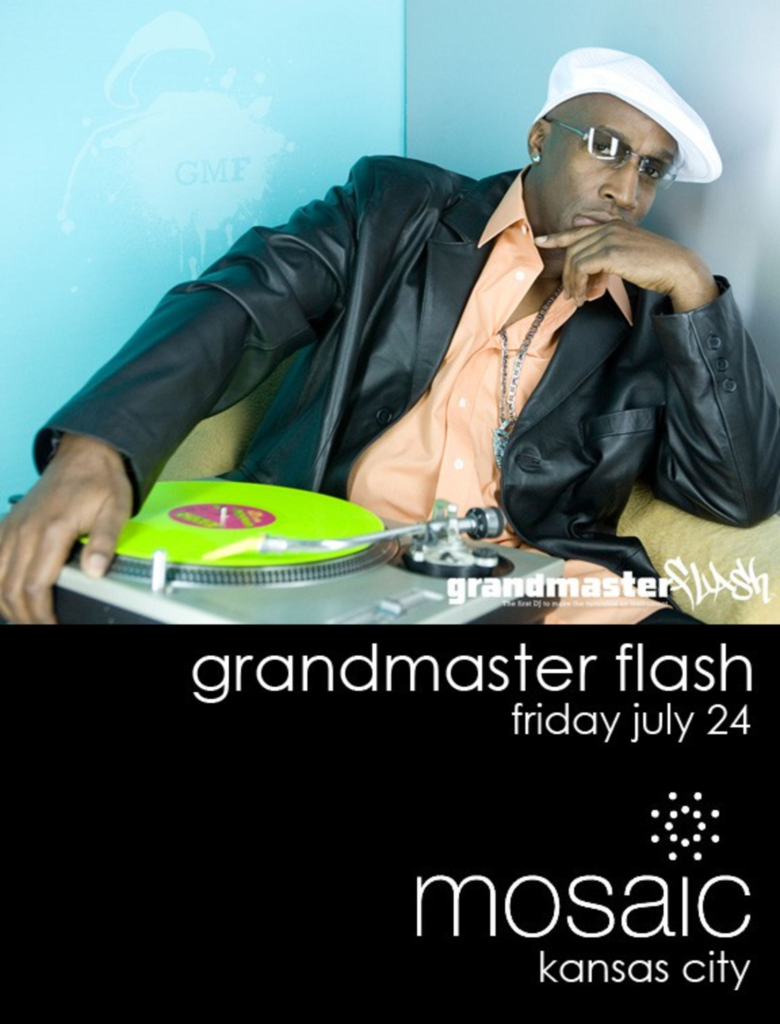 Umove.net impresario Bill Pile has just announced that the Grandmaster Flash (of Furious Five/Melle Mel fame) will be spinning at Mosaic in the Power & Light District two weeks from tomorrow, on July 24. There will be no advance ticket sales, so prepare your plan of attack: The start time is listed at 10, and Spinstyles is opening.

One would be rightly tempted to reflect back on a certain past incident involving a hip-hop DJ with a not dissimilar pedigree from that of Master Flash and say, “Hip-hop back in the P&L D? Bless my stars!” But, Pile pointed out when I voiced a similar intimation, “Mosaic has always openly played hip-hop and is handled by a different group from the one that handles the Live Stage.”

So, here’s hoping for a fun night of unadulterated hip-hop and dance beats when Grandmaster Flash comes to KC in a fortnight’s time. Pure as the driven snow, baby.

And by the way, “White Lines”? Still every bit as unbelievably amazing as the day it was released.