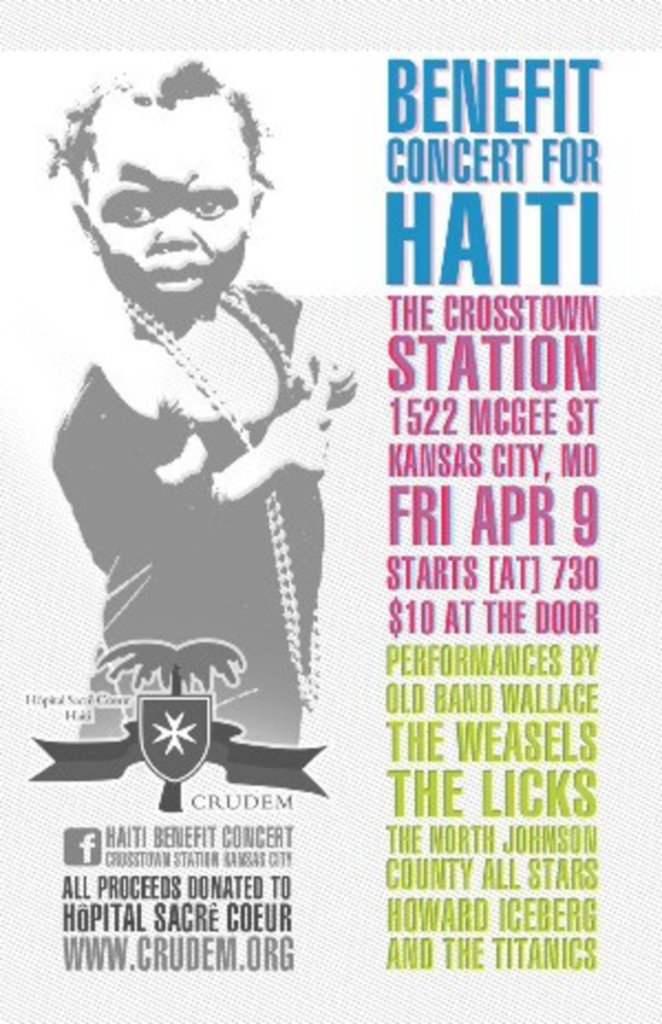 Former Bad Manners drummer Steve DiFranco lives in Leawood. Did you know that? We certainly didn’t, although that might explain as to how Justin Warring came to tour with the ska band last year.

You also probably didn’t know that his wife’s great-uncle founded a medical mission hospital in Haiti called Hopital Sacre Couer. In an effort to raise money for the hospital, DiFranco is putting on a benefit show, featuring five local bands. On the bill are Old Band Wallace, Howard Iceberg and the Titanics, North Johnson County All Stars, the Licks (a Rolling Stones cover band), and DiFranco’s band the Weasels.

The benefit takes place at Crosstown Station on Friday, April 9, starting at 7:00 p.m. Tickets are $10 (“or bloody more!”, if you’d like to donate extra, according the website).

More information can be found at the Concert For Crudem website.