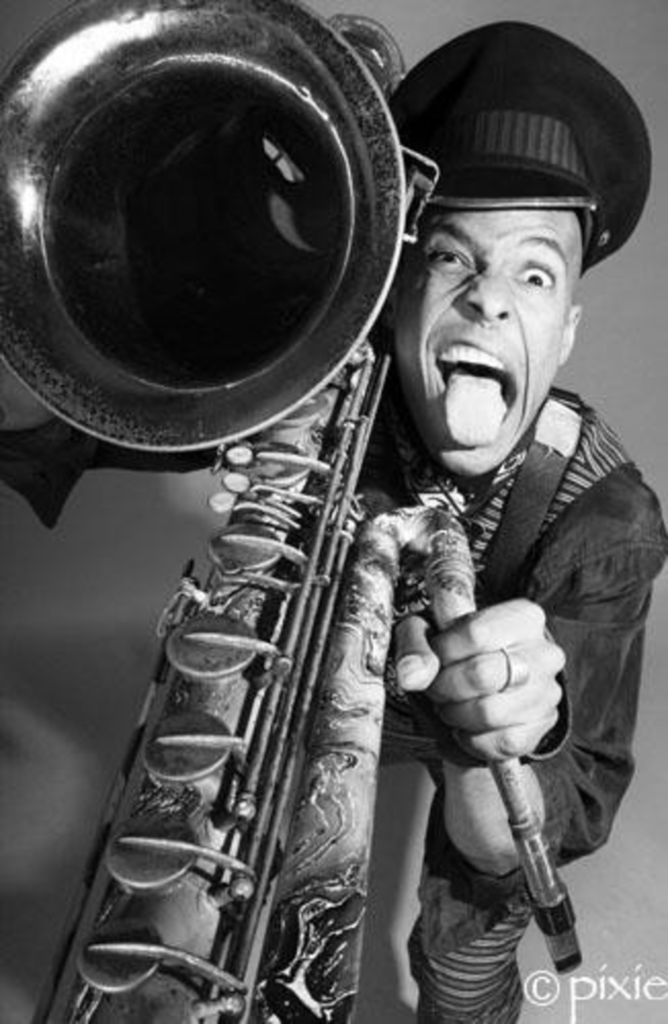 Bassist Zach Phillips has been on the Warped Tour with his band, the Architects, all summer. Angelo Moore, aka Dr. Madd Vibe, aka the frontman for Fishbone, has been the MC for the Skullcandy stage where the Architects play every day. After seeing Moore do a set of ska and reggae stuff with HR of Bad Brains in D.C., Phillips thought, “Shit, I could do that!” and got to booking a show.

Thus, at the Record Bar on the evening of August 4, after the Warped Tour winds down out at Capitol Federal Park at Sandstone, Phillips’ new dub reggae act, the Maytags, will take the stage as a backing band for Moore. Says Phillips:

“He brings saxophones, a theremin…the guy’s on fire! He’s a great frontman — it’s like Fishbone without the funk rock. We’re just going to play behind him, and let him front the band.”

Considering Fishbone hasn’t come through here since 2001, this is your best chance to see Moore on stage rocking a mic anytime soon. His bit as part of the Aggrolites’ set at Warped Tour last year was the highlight of my day. Check this out. It’s not a show to miss.